Image by David Mark from Pixabay.

Ethiopia set ambitious national targets of eliminating STH and SCH as public health problems by 2020 and breaking their transmission by 2025. To support national efforts towards these targets, a recent review presented epidemiological data on STH and SCH prevalence, stratified by region, species, age and diagnostics.

Bringing down the worms: STH & SCH trends in different regions of Ethiopia

The systematic review of published studies between 2000-2020 identified 267 datasets suitable for data extraction. All nine Ethiopian regions reported STH and SCH prevalence, the majority of which were reported in Amhara (38%). Interestingly, sample population focus has shifted over time, moving from community-wide perspectives, to school-aged children (SAC) and pre-SAC.

A total of 402,189 stool samples extracted from the 267 datasets informed the resultant parasite prevalence and intensity measures used for the analysis. Parasite prevalence decreased over time for most species, as shown in the following graph.

Bringing down the worms: STH & SCH trends in different age groups in Ethiopia.

Most notably, the historical SAC-focused mass drug administration (MDA) is reflected in the age-prevalence distribution of parasite burden. AL and TT showed the most pronounced deviation from the typical distribution of infection, as higher parasite burdens were seen in adults compared to pre-SAC, SAC and adolescents. HW showed higher than expected infection levels in SAC, yet remained typically high in adults. This chiefly demonstrates the interaction of natural age-prevalence distributions on MDA efficacy. AL and TT are normally found in higher burdens in pre-SAC and SAC age groups, which decreases in adulthood. Therefore, SAC-focused MDA has successfully reduced the SAC parasite burden whilst simultaneously creating an infection reservoir in adults.

Bringing down the worms: the diagnostic need to progress to elimination

The overall decrease in prevalence is testament to the intensive efforts the Ethiopian Public Health Institute has made to eliminate STH and SCH. However, as parasite prevalence levels lower, the sensitivity of diagnostics and epidemiological measurements employed will need to increase in order to accurately report national progress. Due to the non-linear relationship between prevalence and average intensity of infection, whereby prevalence changes negligibly at high intensities and dramatically at lower intensities, the use of prevalence as the predominant epidemiological parameter should be re-examined. Despite this, throughout the reviewed literature, intensity was reported in 20-35% studies alongside prevalence. In order to improve Ethiopia’s control program monitoring, the Ethiopian Public Health Institute could consider updating their key statistic definitions to include intensity measures as recommended by the WHO, and foster an environment where intensity is routinely measured alongside prevalence.

Overall, 19 different diagnostic methods were noted throughout this review. Kato–Katz (35%) and formal ether concentration technique (FECT) (5%) were predominantly used either standalone or in combination (6%). Kato–Katz sensitivity is dependent upon STH intensity. Single slides accuracy drops from 74–95% to 53–80% between high and low-intensity settings. This sensitivity can increase by doubling the slides read per sample, from 50-80% in low intensity settings. A third of reviewed studies used single Kato–Katz slides, demonstrating the need to update Ethiopia’s diagnostic protocol to accurately report the low prevalence desired for elimination.

What are the next steps to bring down the worms?

The epidemiological data provided by this review suggests the current SAC-based treatment and control strategy should expand to community-wide intervetions. In doing so, the reservoir of infection in adult populations will be targeted, reducing the re-infection of treated SAC. This will also enable the predominantly adult-centric HW infection to mirror the prevalence decrease seen for AL and TT. As STH and SCH prevalence decreases, current monitoring would benefit from the use of intensity measurements, and improved diagnostic sensitivity to accurately capture success of Ethiopia’s control efforts. Stratifying this further by age and gender will be crucial for evaluation by enabling identification of pockets of infection within communities. This will in-turn generate specific guidelines targeted at age/gender groups to reduce interaction with infectious material through parasite control, WaSH behaviour change activities, and targeted communication materials. Implementing these changes has the potential to help Ethiopia reach their elimination targets in the near future. 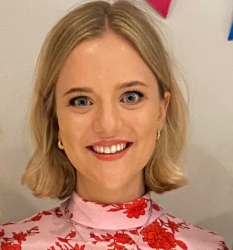 Rosie is a field epidemiologist for the Geshiyaro Project, dividing her time between supporting parasitological data capture in Ethiopia and leading data analysis back in London, UK. Previously, she completed her MSc in Control of Infectious Diseases at the London School of Hygiene and Tropical Medicine (LSHTM) where she completed her thesis on Chagas disease control in Guatemala. This piqued her interest in NTD control: working to control these parasitic diseases to provide equitable access to healthcare worldwide.