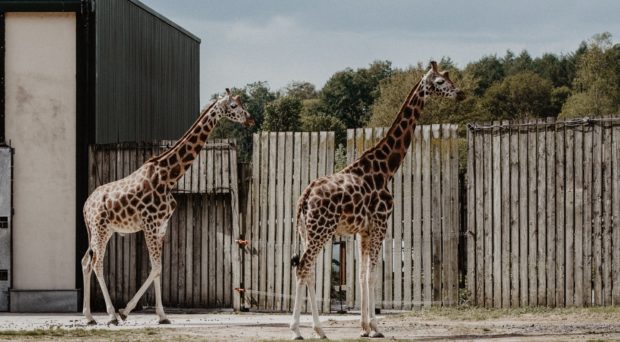 Photo by Alasdair Braxton from Pexels

To overcome these challenges, we need to know more about the environment and potential hosts available, and to use techniques to target blood-fed mosquitoes.

Some mosquitoes may prefer one type of host (specialists), others can feed on many different ones (generalists), and both strategies can change under the right circumstances. This could make them ‘bridge vectors’ for the transmission of pathogens among different vertebrate species. If the pathogen can reproduce in the new host (competent host) and get transmitted to more mosquitoes, an amplification effect could be observed, whereas if not, the pathogen would get diluted in the community.

Zoos bring together a great diversity of potential hosts, endemic and exotic, thus mosquitoes can transmit pathogens among species and vertebrate groups that usually would not happen in natural environments. Therefore, it is not surprising that in zoos mosquitoes have been found feeding on zoo vertebrates, free wild vertebrates and even humans. In some cases, this adaptability of mosquitoes has created serious health problems, like the outbreak of West Nile virus in the Bronx Zoo/Wildlife Conservation Park. Likewise, mosquitoes can also threaten the health of zoo vertebrates as with the case of avian malaria, caused by Plasmodium spp. and transmitted mainly by Culex spp. mosquitoes, which is a major cause of mass mortality in captive penguins.

How to catch blood-fed mosquitoes?

In the first two years, we used conventional mosquito traps for host-seeking mosquitoes (BG-Mosquitaire) and gravid mosquitoes (CDC-Gravid trap), and for the third year, we added dry ice as a source of CO2 to the BG-Mosquitaire traps and incorporated resting boxes and aspirated the vegetation. Comparing these methods, we did not find differences in the proportions of blood-fed mosquitoes caught with the BG-Mosquitaire and Gravid traps, but the resting boxes and the aspiration got a higher proportion of them, although the total number of mosquitoes was higher with the traps.

The distribution of blood-fed mosquitoes was not equal among sampling areas; it could be expected that areas capturing more mosquitoes would have higher proportions of blood-feds, but this was not always the case, thus something was attracting mosquitoes to feed more in some parts of the zoos. Likewise, mosquito feeding activity was not the same across the season and it was higher during the summer months. By generalised linear modelling, we found that temperature was related to an increase in mosquito feeding activity, which is expected as the temperature has a strong influence on mosquito physiology.

We used a barcoding technique to analyse the DNA inside the mosquito blood-meals and matched the sequences in databases to identify the vertebrate hosts. From the 640 blood-fed mosquitoes that we caught in total, we identified the vertebrate hosts from 159 mosquitoes. These represented 74 birds, 71 humans and 20 non-human mammals. Resident birds, like the Eurasian jackdaw (Corvus monedula) and the Eurasian magpie (Pica pica), were a popular choice, although zoo birds such as the Schalow’s turaco (Tauraco schalowi) and Humboldt penguin (Spheniscus humboldti) and zoo non-human mammals like the Bactrian camel (Camelus bactrianus) and Eld’s deer (Rucervus eldii thamin) were also in the menu.

Culex pipiens, our most abundant mosquito, prefers to feed on birds and Culiseta annulata (the second most common one) prefers mammals, which corresponds with their natural preferences. However, we found many Cx. pipiens feeding on humans, which has been described before but not in such proportions.

Cx. pipiens belongs to a complex of mosquitoes very similar morphologically; for instance, the sympatric Cx. torrentium looks the same and can be only differentiated by dissecting the male’s genitalia. Investigating further, we used PCR techniques to identify them with precision and confirmed that they were all Cx. pipiens. Similarly, this species has two biotypes or forms, Cx. pipiens pipiens and Cx. pipiens molestus, the first one preferring to feed on birds and the second one, on humans. We suspected that we had caught some molestus, but this was not the case. Therefore, it seems that the high number of visitors (Chester Zoo receives over 2 million per year) could have influenced mosquito feeding patterns. This represents a potential transmission risk to humans and zoo vertebrates as Culex spp. are vectors of viruses hosted by wild birds, such as West Nile virus (WNV), Sindbis virus and Usutu virus.

Moreover, we found mixed blood-meals indicating that mosquitoes had fed on two hosts; in all cases, a bird was involved and in those including humans were combined with Eurasian magpie, which is a proven natural reservoir of WNV.

Knowing the location of the zoo vertebrates we could estimate the minimum travelling distance of mosquitoes between the animal exhibits and the location where they were caught. One-third of mosquitoes were captured within 50m from the animal exhibits and half of them within 100m, which shows that there are more chances of capturing mosquitoes closer to their feeding source. Nevertheless, we also found mosquitoes feeding on domestic animals that we assume came from nearby dwellings and farms, so mosquitoes could be travelling greater distances than the maximum that we observed (367m). 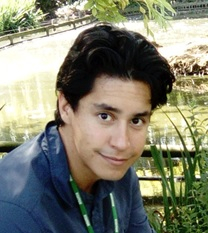 Arturo has developed informatics tools to assist the study of aquatic bird diseases as his veterinary medicine and master’s degree thesis projects at the National Autonomous University of Mexico. He completed his PhD on the ecology of mosquito vectors that transmit avian malaria to penguins in zoological gardens in the UK at the University of Liverpool. Now, he works at the University of Warwick on landscape genetics of mosquito vectors that transmit Rift Valley fever in South Africa.