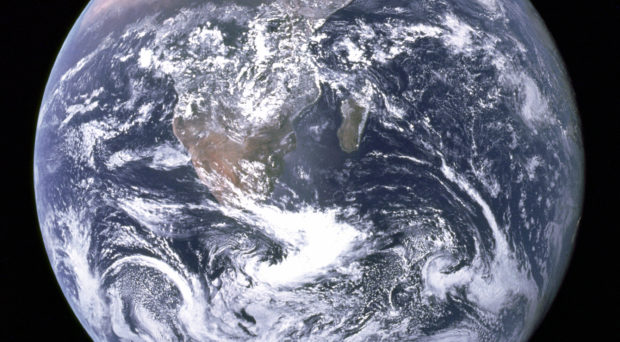 Climate change is an existential threat to the survival of a host of human cultures, traditions, languages, and people, potentially including the entirety of our human species. Twenty-five thousand delegates and 120 heads of state from 200 countries are meeting currently in Glasgow at the 26th UN Climate Change Conference, or COP26, to discuss how to ratchet up the commitments and contributions of countries to move toward limiting human-caused climate change below 1.5 C degrees by 2100, as agreed in the Paris Climate Agreement.

Many of the impacts and repercussions of human-induced climate change have become more noticeable in the last few decades, from the increased frequency and severity of extreme weather events to increasing sea level rise and associated coastal flooding and many others. While climate change has many economic and ecological impacts, its effects on human health and quality of life are the most directly detrimental. The connection between climate change and human health, in particular as they relate to infectious diseases, and even more specifically, to vector-borne diseases, have long been debated in the scientific literature and media.

Some of the first attempts at predicting the impacts of climate change and vector-borne diseases were too simplistic and provided easy targets for climate skeptics. However, since 2016 an international, multidisciplinary group of scientists from 43 institutions have been publishing the Lancet Countdown report annually, monitoring the evolving health profile of climate change, and providing an independent assessment of the delivery of commitments made by countries under the Paris Agreement, based on 44 indicators. The latest report finds an “unabated rise of the health impacts of climate change and the current health consequences of the delayed and inconsistent response around the globe”.

The Lancet Countdown specifically states that “changing environmental conditions are also increasing the suitability for the transmission of many water-borne, air-borne, food-borne and vector-borne pathogens”, based on 2 of the 44 indicators presented. According to the report, climate change could undermine ongoing eradication efforts of infectious diseases. This is despite recent gains in socioeconomic development, public health interventions and advances in medicine. Following up on previous work by Mercedes Pascual and many others, the report highlights how the number of months with environmentally suitable conditions for the transmission of Plasmodium falciparum malaria increased by 39% in 2010-19, relative to 1950-59, in densely populated highland areas, such as those in Kenya. Similarly, the epidemic potential for dengue virus, Zika virus and chikungunya virus increased globally, with a higher increase related to Aedes aegypti compared to Aedes albopictus since the 1950s. Interestingly, the biggest relative increase in the basic reproductive rate of these viruses was found in countries with high socio-economic conditions. The good news is that vulnerability to mosquito-borne pathogens have decreased since 2000, through improvements in public health, but vulnerability is still very much higher in countries with low and medium socioeconomic conditions relative to more developed countries. Similar findings were observed for the environmental suitability for Vibrio cholerae. Coastal areas suitable for V. cholerae transmission increased for all countries between 2003 and 2019, and an astonishing 98% of coastline is suitable for the transmission of this bacteria in countries with low socio-economic conditions, having the highest environmental suitability for this disease.

The Lancet Countdown report is an invaluable resource, providing a comprehensive overview of the human health impacts of climate change, including the status of the response of the international community. However, I have to admit that I was somewhat underwhelmed by the coverage of the relationships between climate change and infectious diseases in this report.

Focusing only on Vibrio cholerae, malaria, and diseases transmitted by Aedes mosquitoes, it was based on a relatively small number of studies and models. Many other infectious diseases have relationships with climate change, such as West Nile virus transmitted by Culex mosquitoes, and diseases transmitted by ticks. However, the purpose of this document was not to summarize everything we know about the relationship of climate change and infectious diseases, such as a collection would, but to take a comprehensive look at  how climate change impacts health. Therefore, the graphs available on the online data visualization platform were also, while interesting, somewhat limited. There were also a few aggravating mistakes in the Executive Summary of the report, such as confusing Aedes and Anopheles mosquitoes!

Overall, the Lancet Countdown report made a compelling case of the ongoing impact of climate change on human health, and why we need to do much more to stave off much worse outcomes. I’m confident that many of the findings in this report will be discussed at the free hybrid 2021 Global Conference on Health and Climate Change in Glasgow on November 6, organized by the WHO. Several of the topics on the agenda, such as “Transport & Cities”, “Food & Biodiversity” and “Adaptation & Resilience” will incorporate the risks and response to infectious and vector-borne diseases. I encourage you to attend the conference and see for yourself!