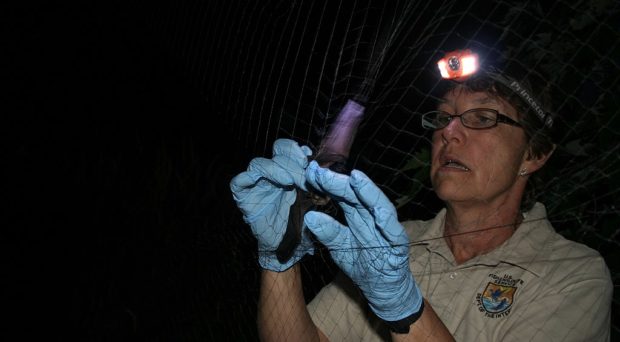 Bats are the second largest order of mammals. Widely distributed, they serve important roles in the ecosystems they inhabit. Some are nocturnal pollinators, diving snout-first into flowers in search of nectar, while others feed from fruits, aiding their dispersal by releasing their seeds mid-flight on their way home. In some places, bats also help control insect populations.

These animals also suffer an ill reputation, being historically associated with infectious diseases – and due to the growing evidence highlighting the risk of spillover events to humans and animals. Bats have special immune systems that efficiently regulate their responses to viral infections, keeping them safe from excessive pathogenic responses. This means they don’t show clinical symptoms for most viruses, and this unique balance between defence and tolerance is part of what makes them good reservoir hosts.

In a recent study published in Frontiers in Cellular and Infection Microbiology, Loh and her colleagues delved into the effects that deforestation has on the abundance and diversity of bats, and the viruses they host. The project was based at the Morro do Diabo State Park, a beautiful expanse of 338 km2 that contains the largest preserved area of Atlantic Forest in São Paulo (Brazil). The researchers went into the forest to sample for bats and their viruses in five ‘intact’ vs. three deforested sites (where >20% of the forest had been converted due to agriculture).

Bats were collected using mist nets, with samples taken only from individuals who seemed in overall good health. These consisted mainly of blood, saliva, and rectal swabs, and when the opportunity presented itself, faeces and urine as well. Bats were tagged to avoid them being sampled twice and to determine the rates of recapture; the samples travelled in liquid nitrogen to the Institute of Biomedical Sciences at the University of São Paulo to be analysed.

In total, 18 bat species were recorded, from the Phyllostomidae, Molossidae, and Vespertilionidae families. These species feed from fruits, nectar, insects, blood (or a mix of them). By combining information on both species richness and abundance, and accounting for sampling differences between the two types of ecosystem, the researchers found that ‘intact’ forested areas had a higher diversity of bats than deforested ones.

Of 335 bats sampled, 22 turned out positive for some of the 13 viral species of the families Astroviridae, Coronaviridae, Hantaviridae, Herpesviridae, and Paramyxoviridae. One bat had a co-infection of coronavirus and herpesvirus. The coronaviruses, which had the highest prevalence in this study, also seemed to be more commonly detected in generalist bat species (compared to those with specific food types). Overall, their results suggested they were less likely to find virus-positive bats in the forested habitats; and the authors argue that the difference in viral prevalence are due to a combination of “viral ecology (i.e., their ability to infect host cells and to persist and replicate) and to the ecology and behavior of the bat hosts in a given habitat.”

Generalist bats are more likely to survive in disturbed habitats, which increases numbers of those carrying zoonotic viruses. Although the authors did not measure disease risk in the study, they hypothesized that the communities living close to the forest edge and areas of deforestation would be more exposed to zoonotic pathogens in bat populations. Forest fragmentation has already been shown to increase the risk of other diseases like malaria and cutaneous leishmaniasis. Results of this work by Loh and her colleagues contribute to this growing body of evidence regarding land use changes and health.

Other reports have also highlighted the consequences that environmental destruction, increased urbanization, and wildlife trade have on bat populations. One study showed how forest degradation resulted in smaller bats with increased stress and poorer health systems. Many areas endemic for bats, particularly within Brazilian territory, are being affected by mining, farming, and other human activities. Artisanal gold mining in Peru even predicted mercury accumulation in several bat species. What will be the consequences of this, both for bats and for their role as pathogen hosts?

The Atlantic Forest hosts over 2,200 species of birds, mammals, reptiles, and amphibians, which coexist with over 20,000 species of plants. It houses 59 genera and 120 species of the bats. This biodiversity wanes as humans continue to degrade natural ecosystems – and we are still disentangling the implications this destruction for both animal and human health. Protecting and preserving these habitats will also mean protecting ourselves.