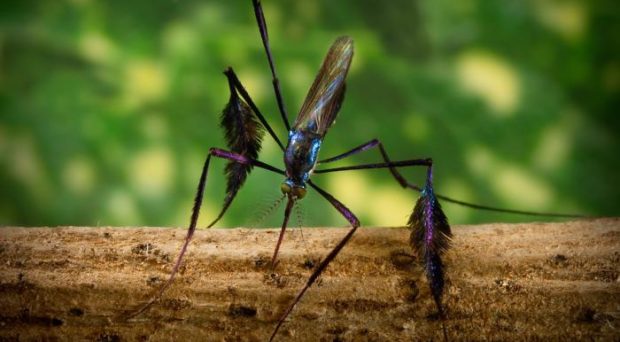 Each year the National History Museum, London, hosts the Wildlife Photographer of the Year competition. Stunning images of creatures great and small, taken from around the globe, vie for the prizes. Ontario native Gil Wilzen entered an image for the 2021 competition that many would not have expected; an image of a mosquito taking a blood-feed. However this shimmering violet insect is unlike most mosquitos that entomologists would be familiar with. Individuals of the Sabethes genus are striking for their iridescent colour and ‘furry’ hindlegs and can be found across Central and South America. The prize-winning photo led the BBC to ask “Is this the world’s most beautiful mosquito?”

Gil himself formerly studied insects, and he has been attempting to grab a picture of this mosquito for a long time. A specialist photographer of minibeasts, he had to return to the rainforests of Ecuador seven times before he got this opportunity. In order to attract a hungry female, he offered himself up as the blood feed. Gil hence has the accolade of being one of the few successful entrants to the Wildlife competition to have himself in the photo.

While impressive, taking this shot came with risk. The Sabethes mosquitos are poorly understood, but they are known to carry diseases of major risk to human health. Captured specimens of the mosquito have been found to harbour a number of different flaviviruses when analysed. South America is a region where yellow fever is endemic, and indeed experiments conducted in the late 50s demonstrated that Sabethes sp. are competent vectors for the yellow fever virus between rhesus macaques. However transmission generally was poor, and many of the attempts failed, so the risk is likely quite low. Many travelers to South America will have been vaccinated against yellow fever virus anyway.

There is no vaccine or even medicine, however, to protect from St Louis encephalitis virus, another vector-borne pathogen this vector has been found to carry in Panama. The disease this virus causes is mostly asymptomatic or mild, but can develop into severe neurological symptoms and result in disability or death. Additionally Sabethes mosquitoes have been found with the obscure Ilhéus virus, which causes Ilhéus encephalitis. This disease is not often mentioned in the literature, but the virus is considered a pathogen which could threaten to cause epidemics in the future – an emergent disease. The symptoms of infection tend to be mild gastrointestinal or respiratory complaints, but progression to the nervous system can lead to encephalitis. Whether Sabethes sp. can transmit St Louis or Ilhéus encephalitis virus between primates has not been investigated.

Established as an insect of medical importance, attention shifted to the deep blue leg paddles that both sexes of the mosquito possess. Why does Sabethes sport these lustrous appendages? The clue came from the remarkable observation that, unique among mosquitos, the Sabethes sp exhibit courtship behaviours prior to mating. A team at Ohio State University in Colombus consisting of Robert G. Hancock, Woodbridge A. Foster and Wee L. Yee was the first to document how the male mosquito initiates a series of set movements before, and during, copulation. The female mosquito hangs from underneath a surface and waits for males to approach before they engage in this dance, utilising their paddles as part of the maneuver. The discerning female often rejects males during this performance, suggesting that they are assessing their potential mate during the dance.

The Ohio team further questioned whether the paddles were important for the mating process. In what must have been a delicate procedure, half of each sex in a colony had their paddle scales removed and then their mating effectiveness was quantified. Despite females waiting for males to come to them during the mating procedure, and promptly ridding themselves of most suitors, male paddle-less mosquitos actually had no issue inseminating females versus controls. The paddle-less females on the other hand were substantially less successful with mating. Further finicky experimentation showed that the male mosquitoes were substantially less attracted to the paddle-less females, rarely attempting ‘alignment’ with them, the first stage of the courtship routine. For females at least, the paddles appear to be a sexual ornament to attract mates. Doing this experiment with competition from be-paddled individuals could show whether males still have a disadvantage without them.

Not satisfied with their unique appearance and courtship displays, the egg-laying behaviours of Sabethes sp are also extraordinary among mosquitos. In the wild, Sabethes eggs were found in tree cavities filled with water, and with entrances amounting to a small hole. When the female detects a hole, she will secrete an egg onto the tip of her abdomen, and then fling the egg with a jerk of her body. The egg then flies through the air and lands safely inside the cavity. The original entomologist to note this behaviour, Pedro Galindo in Panama, experimented with making the entrance holes smaller and smaller to see how accurate the egg trebuchet was. He found that the mechanism never seemed to miss, so the Sabethes sp are quite adept at what seems a risky strategy.

In 2020 the lab of Ricardo Lourenço-de-Oliveira at the Instituto Oswaldo Cruz, Rio de Janeiro, captured this egg slinging with a high speed camera,  illuminating the split-second process in detail.

They constructed egg traps out of Sapucaia nuts, large round fruits from the same sub-family as the trees which produce Brazil nuts. Although all observations of egg slinging occurred under lab conditions, with lab-reared colonies, this trap has successfully been used in the field to obtain Sabethes sp young. This study captured clear images of the female hovering around the hole, extruding the egg, and the coordinated movements of the abdomen and limbs to propel the egg forward.

How unique are the Sabethes?

This species of mosquito certainly seems to stand out from the crowd; however this ‘crowd’ is made up only of the insects documented up to this point. Michael Weissmann, chief entomologist of Colorado Mosquito Control, asks whether there may be more surprises among what hasn’t been studied out in the wilderness; “ For most of the over 3,000 species of mosquitoes identified, hardly anything is known about their biology and behavior. Perhaps there are other unusual stories of mosquito courtship waiting to be discovered in a tropical forest.”

It is only certain that there are more surprises in store for entomologists of the future. 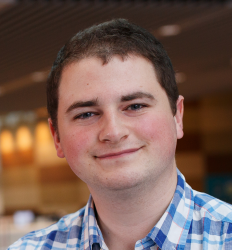 Timothy Little is a PhD student at The Francis Crick Institute and Imperial College London, UK. He uses bioinformatics methods to analyse the transcription of malaria parasite genes from across multiple different species. Tim enjoys watching films, gardening, and editing Wikipedia in his spare time.