A group of children take shelter from the sun outside of their primary school near to the capital Niamey, Niger. Credit: SCI Foundation.

Where do we see population data?

Ideally, all countries worldwide would have regularly updated and easily accessible population data. For effective governance, countries require population data for essential population denominators [Figure 1], capturing the total number of people within a distinct area. The Covid-19 pandemic has highlighted how crucial population data is, as key indicators used to track the spread of the disease (e.g., confirmed Covid-19 cases per million people) and our efforts against it (e.g., the percentage of the population vaccinated for Covid-19) all require timely population numbers. In the wider sphere of epidemiology, the same or similar indicators are a requirement for monitoring many diseases, for instance to calculate prevalence or coverage of disease [Figure 2]. Both these calculations are used frequently in neglected tropical disease (NTD) programmes.

Within NTD Programmes, population data are used for creating treatment targets, planning for mass drug administration (MDA), completing World Health Organization (WHO) drug requests, and as denominator values for calculating prevalence and reported coverages [Figure 2]. Without access to accurate population data essential denominators cannot be calculated, affecting public health planning, estimation, and assessment of healthcare provisions. The result is too many, or too few, drugs delivered to areas of need.

It is needed to ensure treatments are provided to all those in need, particularly among smaller at-risk populations such as non-attending school aged children and women of reproductive age. It is even more pivotal in diseases with a focal distribution, centred on disease hotspots from where larger disease spread can occur. This is the case for schistosomiasis, where there is a movement towards focalised treatment in small areas with the aim of reaching WHO milestones for control and elimination.

How could we reconsider population data?

Modelled population estimates provide one solution but significant advancements to population data could be made with just a few considerations: 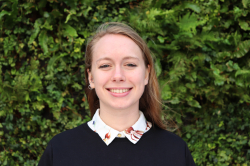 Alexandra Carlin is an Associate MER Advisor at SCI Foundation in London. She completed a Masters of Biosciences in Zoology at the University of Lincoln in 2018. At SCI Foundation, Alex has developed a deep understanding of programmatic data processes and Monitoring, Evaluation and Learning theory which she has applied to internal projects and consortium work. She has recently been focusing on improving M&E processes, particularly regarding data management and data quality.
While attending a seminar at the Royal Geographical Society, Alex realised that developments in population modelling being presented by WorldPop, University of Southampton, could be applied to the challenge of obtaining accurate denominator data that affects many NTD programmes.