Neglected tropical diseases (NTDs) are generally characterised by specific geographic patterns, such as infections being clustered in hosts (humans and animals), over short distances (e.g., household and village level). This has important implications for disease control efforts.

These patterns are formally studied through a specific branch of statistics called spatial statistics (or geostatistics). These statistical methods have been adopted for NTDs including sleeping sickness (human African trypanosomiasis), snail fever/bilharzia (schistosomiasis) and elephantiasis (lymphatic filariasis) to identify where NTDs are highly prevalent.

cross-sectional surveys, which record levels of infection at one specific point in time, coupled with information on geographic location, provide the best source of data for understanding spatial distributions of NTDs.

Typically for NTDs, secondary data sources (e.g., disease registries) are rarely available in low-resource settings. Instead, cross-sectional surveys, which record levels of infection at one specific point in time, coupled with information on geographic location, provide the best source of data for understanding spatial distributions of NTDs. However, for some of the least researched NTDs, large-scale, country-wide cross-sectional surveys are also uncommon.

Using a large cross-sectional dataset in Colombia to understand the distribution of pork tapeworm
One such survey carried out in humans was undertaken in Colombia between 2008 and 2010. It measured the level of antibodies against the larval-stage of the pork tapeworm Taenia solium; an important zoonotic NTD described in detail here.

The survey data are enriched with household and individual level information which can be used to explore associations between risk factors and seropositivity (presence of antibodies, indicating exposure). As no known T. solium interventions have been adopted in the country since the time of the survey, this dataset was also considered likely to represent the current endemic situation for T. solium in Colombia.

An initial analysis of this survey data, published in 2012, examined how seroprevalence (aggregate, population-level measure of antibody levels) varied across the country, along with an initial assessment of risk factor and seropositivity associations (without accounting for how the data was spatially structured).

women, people with less education as well as displaced people were at increased odds of exposure

We used spatial statistics to demonstrate how these advanced quantitative methods can help to improve country planning for designing further epidemiological studies and national control strategies. The approach in our analysis therefore accounted for measurements being spatially correlated (up to 120-140 km) at the municipality level.

Our analysis showed that women, people with less education as well as displaced people were at increased odds of exposure, which could inform the basis of targeted control efforts in the future. We also revealed geographic clusters at the municipality level, where exposure was higher than could be explained by the measured risk factors, see Fig 2.

These so-called hot-spot municipalities were mainly found in the north and south of the country, which overlapped with areas with higher levels of exposure (seroprevalence). Therefore, this study calls for more geographically focussed research in Colombia to identify other possible drivers of exposure to T. solium.

In the case of T. solium, understanding infection levels and risk across entire countries will be vital to effectively measuring the new World Health Organization (WHO) NTD 2021-2030 road map milestones, which are centred on the number of countries achieving “intensified T. solium control” in hyperendemic areas by 2030.

In most reported endemic countries, the spatial distribution of T. solium is poorly understood, therefore there is an opportunity to apply these methods where large-scale cross-sectional surveys have been conducted or are planned. Similarly, understanding the spatial co-distribution with other NTDs, such as schistosomiasis will be important to design cost-effective, sustainable control programmes which can be integrated with existing NTD programmes (since the taenicide praziquantel, which kills the adult T. solium worm in humans, also treats the schistosome worm in humans).

In 2019, Bayer AG committed to donate taenicide treatments for mass treatment programmes to control the adult T. solium worm in humans. For countries to access taenicide donations through the WHO, detailed rapid “mapping” must be conducted to identify T. solium infections levels and areas for “focal control”. Advanced spatial statistics could be used to support countries in this process, although the requirement of large-scale cross-sectional datasets and expertise to conduct such analyses will be challenging.

An SCI Foundation project in Uganda in partnership with the International Livestock Research Institute and Makerere University is developing a rapid mapping protocol to support countries in this process. The protocol is based on a combined approach of systematic review (of prevalence data) and T. solium risk mapping with widely available data sources, such as Demographic and Health Surveys (DHS) and Gridded Livestock of the World (GLW) database.

In the case of T. solium and likely across the NTD field, utilising spatial statistics more widely therefore provides a timely opportunity to support countries as they move towards more effective control policies.

Matthew A Dixon (on behalf of the authors for Galipó et al. 2021, and the wider Cysticercosis modelling group at Imperial College London/ SCI Foundation, including key collaborators in Uganda). 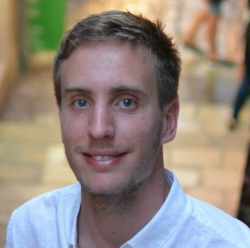 Matthew A. Dixon is an infectious disease modeller and epidemiologist at the SCI Foundation in London. He recently completed his PhD at Imperial College London, which focussed on estimating rates of transmission globally for Taenia solium (pork tapeworm) in pigs and humans, alongside developing a mathematical T. solium transmission model. His broader research interests lie in the area of One Health research through understanding the drivers and different interventions to control both emerging and endemic zoonotic infections. Previously he has worked in policy and research at the Wellcome Trust, Public Health England, Chatham House (Royal Institute of International Affairs), Royal Veterinary College and the London School of Hygiene and Tropical Medicine.

Latest posts by Matthew A. Dixon (see all)