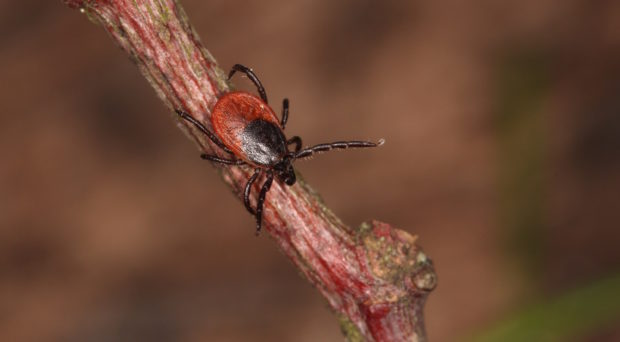 Overall, vector-borne diseases (VBDs) are on the rise globally, with outbreaks of several novel pathogens reported and previously controlled VBDs expanding into new geographic areas, mainly resulting from the spread of their arthropod vectors, animal movement, and human-driven changes to the environment. VBDs thus present an ever-increasing threat to both human and animal health worldwide.

For example, ticks from the Ixodes genus, which carry the virus responsible for tick-borne encephalitis (TBE), as well as several other important pathogens, were discovered to have migrated into northern subarctic areas of Europe and Asia.

Other tick-borne diseases (TBDs), such as Lyme disease, Q fever, bartonellosis and several tick-borne rickettsioses, are also expected to spread into previously non-endemic areas with the expansion of suitable vector habitats.

Certain human populations in these newly endemic areas, such as those involved in land and animal-centred occupations, are at a particularly high risk of TBDs due to their increased exposure to tick bites. For example, individuals involved in farming activities and forestry work have been shown to be 3-10 times more likely to be infected by tick-borne pathogens (TBPs).

However, the seroprevalence rates of many TBPs in these exposed human populations, and knowledge of occupational factors that increase risk of infection, are largely unknown.

To address this, a group based at the University of Bari in the interdisciplinary department for medicine, conducted a recent study investigating the prevalence of 4 important VBPs in 4 groups of workers in high-risk occupations and 1 comparatively low-risk occupation. They then established potential occupational and socio-demographic factors that may increase an individual’s risk of infection with a TBP in their study area.

The researchers recruited 170 people from the 5 groups of workers, with 136 from high-risk occupations (farmers, veterinarians, forestry workers, and geologists/agronomists), and 34 from a lower-risk occupation (administrative employees at the university) to act as a control. Workers were enrolled from Apulia and Basilicata, 2 southern regions of Italy known to have TBPs circulating in animals and humans.

Each worker’s blood serum was tested for IgG antibodies against each TBP using a chemiluminescent immunoassay, and the relationships between seropositivity and job characteristics, previous and potential exposure to ticks, and their medical history of TBDs, was investigated.

Seventy-seven out of 170 enrolled workers (45.2%) were seropositive for at least one of the investigated TBPs, and 12.3% were positive for co-infections with more than one TBP.

Seroprevalence across all workers in both regions was found to be significantly higher for Coxiella burnetii (30%) and Rickettsia conorii (15.3%) than for the other TBPs. The high seropositivity of C. burnetii and R. conorii was mainly reported in farmers (67.7% and 54.8%, respectively) and forestry workers (29.0% and 16.1%, respectively). The incidence of multiple TBP infections were also significantly higher in farm workers than other groups.

On the other hand, Bartonella henselae (cause of bartonellosis) was similar across all occupation groups, and to levels recorded in the general Italian population. Similarly, a low seroprevalence of Borrelia burdorferi (a cause of Lyme disease) was reported in tested workers in the study regions (4.1%), which is expected due to the lack of clinical case of the disease in this region of Italy.

Link between seropositivity to TBDs and socio-demographic and occupational factors

Findings showed there was no statistical difference in seroprevalence between worker groups relating to age. However, Job characteristics, such as occupation type, working environment, exposure to ticks, and contact with animals, showed a significant association with seropositivity for C. burnetii and R. conorii.

Clearly, the significantly high prevalence of C. burnetii and R. conorii in farm and forestry workers indicates that individuals employed in these occupations are at a far greater risk of these TBDs than the other occupations investigated in the region.

The high percentage of seropositivity among farm and forestry workers was related to exposure to ticks, as self-reported by the farm and forestry workers (100%). Coxiella burnetii can also be transmitted via aerosols, infected animal products or directly from animals, however, the relatively high seroprevalence among geologists/agronomists (26.7%) implied that infection is associated with working in outdoor, rural environments, regardless of contact with animals.

Seroprevalence of C. burnetii in farmers reported in this study is comparable to (if not slightly higher than) other areas of Italy, suggesting that C. burnetii is circulating widely in ticks and animal hosts across Italy, and thus has the potential to emerge as a major threat to human and animal health in the region.

Furthermore, the high incidence of tick bites reported here by farm and forestry workers, and the subsequent transmission of C. burnetii and R. conorii, highlights the need for improved occupational health and safety. Moreover, greater public health communication and education, as well as measures such as vaccination of farmers and forestry workers against Q fever, are also necessary to ensure that individuals working in high-risk occupations are adequately protected.