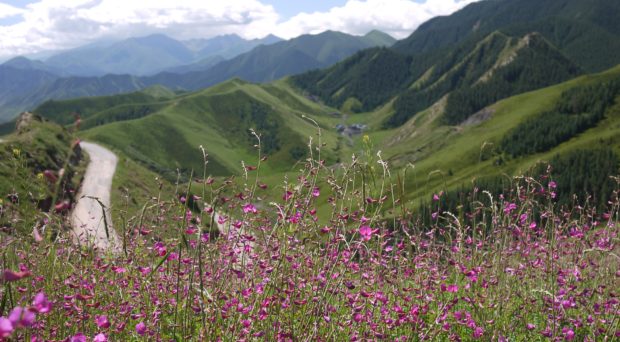 Human echinococcosis – distribution and impact
Echinococcosis is a globally distributed zoonotic disease caused by infection with larval stages of parasitic tapeworms from the genus Echinoccocus.

Current estimates by the W.H.O suggest that globally, more than 1 million people are infected with echinococcosis, leading to approximately 871 000 disability-adjusted life-years (DALYs) each year. As well as the substantial disease burden and deaths associated with human echinococcosis, treatment of livestock infections are estimated to be over $3 billion (USD) annually.

Of all the regions affected by human echinococcosis, Western China has the highest prevalence anywhere in the world, and as such the impact on public health in this region of China is huge, especially in rural, pastoral and economically disadvantaged areas.

A recent study by Jie Yin and colleagues from the College of Global Change and Earth System Science in Beijing has set out to do just that, and are the first to model and predict the spatial distribution of human echinococcosis in Western China.

Creating and informing the model
To investigate the spatial distribution and environmental risk factors of human echinococcosis, researchers first selected 344 counties across Western China (see study map below) for inclusion in the study, and retrieved county-level prevalence data of human echinococcosis from local CDC reports and epidemiological studies (surveyed) for later comparison against predictions of prevalence made by their model.

Nine environmental factors considered as natural risk factors for echinococcosis and four seasonal indices (spring, summer, autumn and winter) were chosen for the prediction, which fall into two categories, climate and geographical:

In order to analyse the relationship between the nine environmental factors and prevalence of echinococcosis in each county, and predict potential hot/cold spots of human prevalence, the researchers constructed a structured additive regression (STAR) mathematical model using Bayesian inference.

Highly endemic areas where prevalence is highest (>2%) were almost exclusively concentrated in the Qinghai-Tibet Plateau in South/Southwestern China. Counties outside the Plateau region generally had low predicted echinococcosis prevalence (<0.5%).

The three identified hot spots were thus also predicted to be located on the high altitude Qinghai-Tibet Plateau, indicating that environmental conditions are well suited for human echinococcosis transmission and that prevention and control should be focused in this region.

Key environmental factors influencing echinococcosis transmission
The model also revealed that both climate and geographical landscape factors had a significant impact on human echinococcosis prevalence in the region.

These factors likely influence the survival, infectivity, and successful release of Echinococcus eggs into the environment, and act as drivers of parasite transmission in Western China.

Conclusion
This work by Jie Yin and collueages illustrates how spatial epidemiological modelling is useful for informing real world disease prevention and control strategies, and that it can help improve prioritisation of prevention and control measures and lead to better allocation of resources to where they are needed most.

The authors note that additional risk factors of human echinococcosis, such as socioeconomic circumstances, population demographics, human behaviour, habitat type and animal infection status, could further improve echinococcosis prevalence predictions made by the model and enable its use in predicting hot spots for similar Neglected Tropical Diseases.