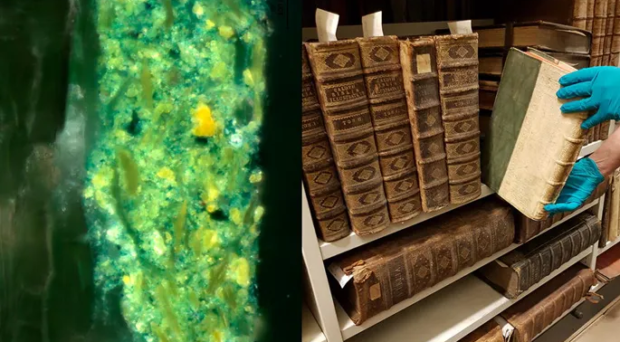 Old books, from the sixteenth or seventeenth century, often present regular mysteries: Many are written in a complex Latin that can be a tough task to decode even for well-trained Latinists.

In addition, such books may contain knowledge on topics that do not easily align with our modern-day understanding of the world. Often, the old authors were polymaths, effortlessly mixing subjects and themes across scientific disciplines.

In many ways, old books are similar to Chinese boxes: Not only do they display a work by one or several authors, but the single copy also encompasses many other cultural layers that can be seen in the blind-tooled marks and letters on a book cover, or in the occurrence of medieval manuscript fragments as part of the binding.

Generally speaking, sixteenth or seventeenth century books are — in their own right — works of art, typically leaning on older traditions that can be traced back to the invention of writing and epigraphy itself. Depending on your scholarly focus, only the imagination limits the number of layers you can investigate.

Looking at a specific copy, much can be learned from the paper type, the ink used for printing or the origin of the parchment’s animal — yes — even the bookbinder’s use of a toxic green pigment on the covers.

A book is a composite product of the practical use of different technologies and a specific discourse. The distinct patterns of a book’s making may point to local ways of doing things, to a regional modus operandi or even to national and international or multicultural structures.

The older a book gets, the more it becomes transformed into something of great rarity — an archeological object that has passed through one generation after another; an item where the original context may completely elude the modern reader.

Handling very old books immediately leaves you to speculate as to the previous owners: Who were they? Were they famous? Did they know the author? What did their social networks look like?

In many cases, scholars will find that the owners wrote notes and comments in their books, only to add to the overall mystery. And how did a particular copy of a work possibly end up in your university library? Each book has a different story to tell — a story that may be pondered within the humane sciences as well as the natural sciences, perhaps, indeed, as a fruitful joint venture.

In the case of the four books we identified in the university library at the University of Southern Denmark and in the Smithsonian Libraries in Washington DC, a green layer of paint was applied.

In our new paper published in Heritage Science, we demonstrate that the color pigment was made from the blue color of indigo, the same colorant as in modern day jeans, mixed with the yellow pigment orpiment  (As2S3).

The latter is quite toxic. Inhaling the fumes emanating from the book can be dangerous, as can touching the bookbinding.

In these cases an exceptional extra layer of information — and fascination — has been added to these old and beautiful books. Researchers at Univeristy of Southern Denmark
Kaare Lund Rasmussen is professor of archaeometry and leader of the research group CHART, Cultural Heritage and Archaeometric Research Team at the University of Southern Denmark. He uses analytical chemistry to investigate cultural heritage objects together with archaeologists, historians and theologians in a cross-disciplinary way.

Jakob Povl Holck is a Research Librarian at the University Library of Southern Denmark. He is part of the university library’s special collection unit and is also a board member for the Centre for Medieval and Renaissance Studies at the University of Southern Denmark. In particular, he is engaged in interdisciplinary activities, bridging the library with different departments at the university and parts of the Danish industry.