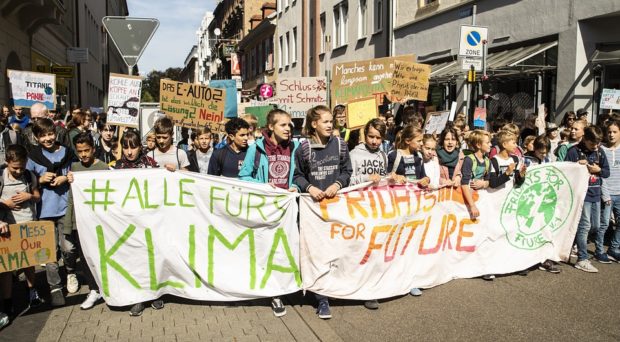 In the 18th Shell Youth Study, conducted in 2019, 66% of those aged between 12 and 25 years old stated they found climate change and global warming to be more of a threat than terrorist attacks, which had been the number one threat in 2015.

Moreover, the study — conducted in 27 countries — revealed that 80% of the population were of the opinion that urgent action is needed to combat climate change.

During this time, more than 8.5 million people participated in the Fridays for Future events demonstrating for more action on climate change.

However, even if there are clear indications that climate change awareness and the willingness to mitigate global warming is rising within the population, the so-called attitude−behavior gap is often observed: supportive opinions towards topics related to climate change and sustainability in general do not automatically lead to sustainable behavior.

This gap is particularly striking when the ‘behavioral costs’ of change are low, i.e., when it is relatively easy to change. Related to consumption decisions, for example, people relatively easily switch from purchasing conventional foods to organically produced foods.

Altering the mode of transportation by reducing traveling by car or air travel, by contrast, is much harder and requires much more effort.

High-income countries play a central role in reaching the goals of the Paris Agreement.

We therefore explored the case study of Germany to determine the extent to which increasing climate change awareness actually bridges the attitude−behavior gap in the three sectors that account for over 80% of total German greenhouse gas emissions: mobility, food consumption, and housing.

Most of the CO2 emissions are indirectly embedded in consumer goods. An analysis of German consumption behavior in these three sectors thus served as the sample case to answer the research question.

The negative effects of using individual passenger vehicles are obvious. Still, this acknowledgement does not automatically change people’s behavior. Can movements like Fridays for Future contribute to such a change in behavior?

On the one hand, a high willingness to consider the harmful effects of transportation modes with a high carbon footprint is confirmed.

On the other hand, in 2019, a trend towards the usage of larger and more uneconomic vehicles was observed, according to the Federal Motor Transport Authority (link in German).

In addition, the number of airplane passengers reached a new record high in the same year, according to the German Aviation Association (in German). These data thus support the attitude−behavior gap.

Moreover, the fact that there is a higher willingness to act when the action is associated with lower behavioral costs is supported in the mobility sector.

The number of flight passengers willing to voluntarily compensate their flight-related CO2 emissons by purchasing carbon offsets has increased significantly.

Even if the total amount of meat consumption is stable, this suggests certain changes in behavior.

The increased consumption of organic food has been found to originate from the prevalence of environmental topics in the media and the consequences of the Fridays for Future movement.

For the changed pork consumption, however, multiple reasons were identified that are not necessarily related to climate change awareness.

In the housing sector, our results have shown that there is a considerable increase in newly signed green electricity contracts.

According to a 2019 article published in Der Spiegel (in German), multiple energy experts agreed that the combination of extreme heat waves in Germany and increased public focus on environmental concerns encouraged people to change their contracts.

Exerting pressure on the political process: two routes to instigate a change in behavior

Another example where behavioral costs of change are relatively low are voting decisions, which promote change by exerting pressure on and through the political process.

In Germany, the popularity of the party Alliance 90/The Greens is often considered as an indicator of the public’s attitude towards environmental concerns.

In both the 2019 European Parliament election and the 2021 German federal election, the Greens reached the highest voting shares in their history, indicating a clear shift in the interest of the public.

Implications: a window of opportunity

Even though it was shown that the attitude−behavior gap prevails for many consumption decisions, the generally strong positive attitude towards environmental topics opens a window of opportunity for policy makers to implement changes with strong support of the population.

Nevertheless, whether this support and the increased awareness of climate change will last and lead to lasting changes in behavior in the future needs to be monitored. 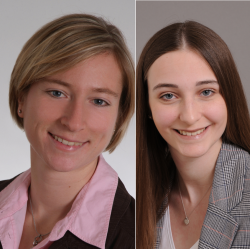 Sandra Venghaus is assistant professor for decision analysis and socio-economic assessment at RWTH Aachen University and leads the research group on "Ethics, Sustainability, and the Resource Nexus" at the Institute of Energy and Climate Research – Systems Analysis and Technology Evaluation (IEK-STE) at Forschungszentrum Jülich in Germany. Her research focuses on the quantitative modeling of complex socio-ecological systems with a special interest in the impacts of political regulation and decision dynamics on the transformation to a sustainable economy.

Katharina Böhm studies business administration at RWTH Aachen University. She completed her bachelor’s degree in 2022 and currently pursues her master program majoring in operations research and management. She works as a student assistant at the chair of decision analysis and socio-economic assessment in the school of business and economics focusing on energy and climate research.