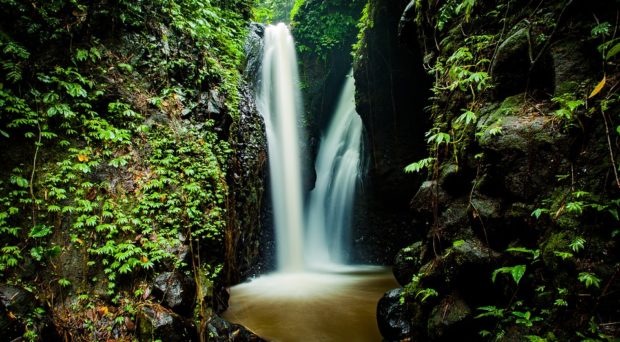 Most undescribed biodiversity consists of countless of small organisms that belong to millions of species. This makes it hard to find new and rare species in samples that often comprise thousands of organisms (such as bulk insect samples). One solution is using DNA sequences to sort specimens into putative species using high-throughput methods (“reverse workflow”). Unfortunately, this normally requires expensive, centralized sequencing facilities, which are not available in some of Earth’s most biodiverse regions.

…the MinION, an affordable handheld portable sequencer, powered by USB, that offers fast sequencing even in difficult environments

In comes the MinION, an affordable (~1000 USD) handheld portable sequencer, powered by USB, that offers fast sequencing even in difficult environments (e.g. mouse lemurs in a reserve in Madagascar, reptiles in an Ecuadorian rainforest, chironomid midges and ants from Singapore, plants species in a national park in Wales).

We are here applying MinION sequencing to obtain DNA barcode amplicons for thousands of insect specimens at minimal cost while using only very basic laboratory equipment. To demonstrate our workflow, we sequenced DNA barcodes of >7,000 specimens of Phoridae (“scuttle flies”), a hyper-diverse family of Diptera that were all collected over 8 weeks by one Malaise trap in Kibale National Park (Uganda). We discovered >650 species. This exceeds the number of scuttle fly species currently described for the entire Afrotropical region. These results cause us to speculate that Africa could be home to >100,000 species of Phoridae alone. More than 90% would likely belong to one genus, Megaselia.

Cost-effective species discovery with MinION at this scale is made possible by increasing the barcoding capacity of one flowcell from 500 to 3,500 specimens. This required three changes over our previously proposed protocol. The first was the use of a simpler library preparation method (1D vs 1D2). The second was greatly improving an existing bioinformatics pipeline that accommodates and corrects for the numerous sequencing errors of MinION sequencers (10-15%). The third was dual use of the same flowcell: amplicon coverage is assessed during the first use and weak amplicons are re-sequenced during the second use.

Our updated workflow allows for efficient species discovery within large samples, but it also nd highlights which species are closely related. We demonstrate these advantages with the description of a new species, Megaselia sepsioides (Diptera: Phoridae). The barcoding data quickly highlighted M. sepsioides as a taxon of interest and we were able to efficiently document the molecular and morphological distinctness of the new species.

We conclude that the MinION sequencer is now ready for large-scale barcoding using easily amplified barcodes. A complete MinION barcoding lab can be established for <USD 10,000 and the cost per barcode is low (ca. 35 cents), and quickly dropping. The process is so efficient that the molecular work for this study can be completed in four weeks with the MinION data being generated in hours. Linnaeus, the Swedish naturalist and father of taxonomy, wanted to document the planet’s diversity, but biology has struggled with finding efficient methods for tackling the overwhelming species diversity of many insect clades. We propose that this problem can be addressed by pre-sorting thousands of specimens into putative species with MinION barcodes. We submit that MinION is now ready for large-scale biodiversity discovery across the globe.