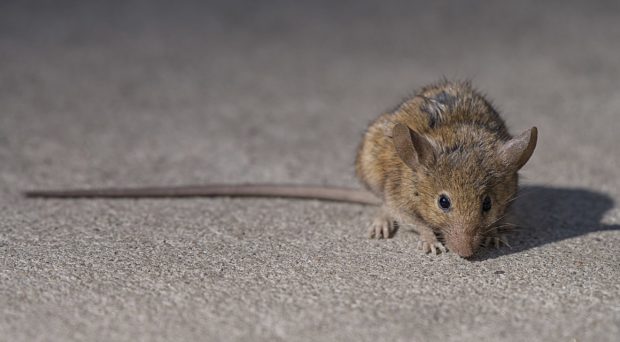 Most humans live in urban areas. And while this trend of city-dwelling is expected to increase across the globe in the next decades, there are cities in the United States, Europe and East Asia that have lost significant populations. When people leave cities, this creates a counter-urbanization process in which infrastructure is lost, habitat availability increases for non-humans, and there is a potential for increased disease risk for people staying behind. Although city dwelling will increase, there are many regions of the world where understanding the consequences of counter-urbanization is imperative for public health.

A recent study set out to understand how counter-urbanization impacts rodent communities and the bacteria they carry. The research focuses on New Orleans, Louisiana,  and in particular, the response of rodents to changes in the city after the devastating Hurricane Katrina in 2005. The hurricane caused catastrophic flooding across the city but variation in resettlement and recovery has led to several pockets of counter-urbanization. Unfortunately, but perhaps not surprisingly, the locations and densities of abandoned and vacant properties disproportionately impact disadvantaged communities and perpetuate disparities that existed before Hurricane Katrina.

Rodents host a diversity of pathogens that infect humans and are often happy to live alongside or even within human dwellings. Work by this same group has shown that abandoned lots and loss of infrastructure within New Orleans is associated with higher abundance and diversity of rodents, but whether or not they carry more pathogens was not understood. The focus of this recent study was on a group of bacterial pathogens belonging to the genus Leptospira.

Rodents can be heavily infected without showing signs of disease. The bacteria infects the kidneys and is passed on to new hosts through contact with urine or through the environment (water, soil, or food) that has been contaminated with urine. In humans, initial infection can lead to fever, chills, muscle aches, or diarrhea. In some cases, a more chronic infection occurs which can lead to kidney or liver failure. Although treatment is available, prevention is preferred. Limiting contact with water or soil potentially contaminated with rodent urine can be very effective forms of prevention. However, this requires understanding where and when rodents are infected with Leptospira.

To understand where, when and which rodents have Leptospira infections, the researchers undertook a massive trapping effort (96 sites!) across communities in New Orleans.  These sites were divided into areas which reflected a gradient of sociodemographic conditions and property abandonment.  They also selected sites in a nonresidential area to serve as a ‘natural’ control. Mice and rats were captured using live-animal traps from May 2014 to February 2017. Each site was trapped until no new individuals were captured – suggesting collection of all rodents from the area. Captured individuals were humanely euthanized and samples were collected for diagnostics. Kidneys were used for a sensitive and specific DNA test for Leptospira infections. These results not only indicate infection but can also help distinguish the amount of bacteria in each individual, which is important for transmission.

Over the survey, the scientists captured 1472 rodents from five different species. Most of the rodents were invasive species (Rattus rattus, Mus musculus, and Rattus norvegicus), but they also found two new native species (Sigmodon hispidus and Oryzomys palustrus ). All species (except O. palustrus with only 4 individuals) were found with Leptospira infections. At a single trapping site prevalence ranged from 1 to 100% and prevalence varied by season and species (see figure below). When examining infection loads, they found that Mus musculus had the highest compared to the other species.

For a subset of infected individuals, the authors also sequenced the bacteria to identify the Leptospira species. They found three different species: Leptospira borgpetersenii, L. interrogans and L. kirschneri. L. interorgans was most common in R. norvegicus, whereas L. borgpetersenii was the most prevalent species infecting M. musculus and R. rattus. These two rodent species are both terrestrial, and likely overlap in some areas and may share bacteria. R. norvegicus is more arboreal – known as the roof rat – which may explain the different infection patterns. There is some evidence that these rodents share pathogens, with Mus musculus and Rattus norvegicus likely the most effective hosts. This is supported by higher prevalence of leptospirosis in species-rich sites that often have these two competent hosts. These higher prevalence sites are also the locations with higher rates of abandonment, suggesting the process of counter-urbanizing increases risk for leptospirosis.

This study shows that increases in rodent diversity and abundance can amplify Leptospira infections and actually increase disease risk. In areas where people have left and there is minimal support to maintain infrastructure, recolonization by rodents has the potential to increase disease in residents that remain. Targeted research to identify effective interventions to reduce Leptospira risk in these areas is an important next step. Together, this highlights an additional challenge in counter-urbanizing landscapes – which are critical to understand, both in New Orleans and many other regions where this is occurring.