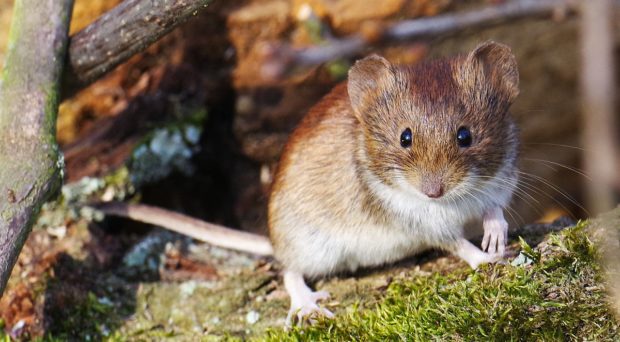 Why are small mammals important?

Small mammals can provide important ecosystem services like pest management (but can also cause crop damage themselves), pollination, and seed dispersal. However, they are also a concern for human health. They can carry highly virulent pathogens that spillover into humans and cause severe morbidity (e.g. Lassa fever, Hantavirus Pulmonary Syndrome). Additionally, they are important for the maintenance of ectoparasite populations and, as such, can be very important for vector-borne diseases (e.g. Lyme disease). However, in some regions we know very little about small mammal communities and the suite of ectoparasites they carry. This severely limits our ability to understand vector-borne disease risk from these populations.

What did this study do?

After capturing animals, the scientists measured characteristics of the individual – including species, approximate age (juvenile, adult), and weight. Each individual was also carefully examined for ectoparasites and all fleas, ticks and mites were collected and placed in separate containers. Back in the lab, ectoparasites were carefully identified to species – fleas and ticks were identified with molecular tools and mites were identified to species using morphological keys. After identification, the scientists built statistical models to help understand how habitat and host species affected the communities and abundance of ectoparasites found.

Only two species of small mammals were found – the bank vole (Myodes glareolus) and the yellow-necked mouse (Apodemus flavicollis). The prevalence and diversity of each group of ectoparasites and how they relate to habitats and host species is detailed below:

Yellow-necked mice are larger than voles, and may explain the higher abundance of ticks and fleas observed on this species. The scientists also found that warmer seasons support more ectoparasites, consistent with previous work. The diversity that the authors found is higher than expected – highlighting that we have a lot to learn about small mammals and the ectoparasites they carry!