We face a climate change emergency. Amongst other solutions, reducing net carbon emissions to the atmosphere will require increased use of renewable energy, including forest bioenergy.

The material left behind when logging (or “felling”) is a source of feedstock for bioenergy production but is currently under-utilized because it is expensive to remove and process.

This “harvest residue” typically consists of foliage, twigs, branches, and tree tops, but can include dead and unmerchantable trees of no economic value left behind during logging or removed for forest health or stand conversion. (Also, stumps are used in Finland, although this is not common elsewhere.)

Harvest residue contains nutrients and organic matter needed to sustain soil quality; it protects soils from physical damage from logging equipment, and riparian zones along waterways that ensures water quality; it provides food and habitat for a wide array of biodiversity, from microbes and fungi to birds and large mammals.

Guidelines for how and when to remove appropriate amounts of harvest residues are foundational in ensuring that bioenergy is environmentally sustainable.

Although typically applied at the forest site level, they are nested within a larger context of other governance mechanisms, such as legislation, regulation, trade standards and certification.

A group of forest scientists from around the world with experience in environmental impacts research within the bioenergy sector set out to write a definitive review of existing forest biomass harvesting guidelines as an aid to future guideline development.

This is particularly important in a time of rapidly changing climate and energy policies that could stimulate greater use of forest harvest residue.

A team of 16 people from 11 countries who spoke 10 different languages was formed and found 32 guidelines covering 42 jurisdictions in North America and Europe and one in South East Asia.

From these we created an easily accessible spreadsheet containing direct quotations that gave directions or instructions to forest managers, equipment operators and others to ensure that harvest residue removals are environmentally sustainable.

Detailed quotation data were organized by logical thematic groupings and sub-groupings, and findings were summarized for high-level comparisons.

Overall, we found that, collectively, guidelines addressed biodiversity, soil, water quality, carbon, and social values – although any individual guideline might not cover all these topics.

Likewise, water quality was addressed more in North America, which may be the result of “best management practices” guidelines for logging being created to protect water quality in many US states, starting in the 1970s.

The earliest environmental concerns over harvest residue removal focused on soils, which have been researched extensively since the 1970s compared to other environmental values.

Not unexpectedly, guidance was often detailed and extensive, and there was general agreement on what constitutes “sensitive soils” between North America and Europe.

These definitions ranged from simple declarations of “protect sensitive soils” to identification of soil types, and some include maps indicating soils to be avoided.

However, there were clear differences in approaches to stump removal, which is often prohibited in North America but not generally in Europe.

Likewise, guidance on compensatory application of ash from biomass combustion and fertilizer to return nutrients removed in harvest residue was almost non-existent in North America compared to Europe, which has a longer history of intensive silviculture, including fertilization.

Carbon is just beginning to be considered within forest biomass harvesting guidelines, and will no doubt become more prevalent in the future, given current trends.

However, site-level impacts on carbon stocks are relatively small compared to larger landscape and global-level questions regarding the overall net benefits of bioenergy using life-cycle approaches to carbon accounting.

As with carbon, there are fewer guidelines related to social impacts than there are for environmental impacts, and more for Europe than North America, particularly for preservation of archaeological, historical, and cultural sites.

Overall, guidelines for harvest residue removals cover a wide range of topics, and vary in the depth with which topics are covered.

Challenges still remain, not least of which is the relatively small amount of empirical field data on which to base guidelines: research is expensive, and harvested forests take a long time to re-grow.

Science must underpin guideline development, but operational experience and results of monitoring also play an important role and should be combined in an adaptive management process of “learning by doing”, with guidelines being revised as new knowledge becomes available.

Some guidelines even state the date by which they must be revised, which speaks to the reality that change is an inevitable part of guideline development and application.

The imperative for revision can only become greater as the impacts of climate change on forested landscapes (wildfires, insects, disease, windthrow, etc.) add another layer of complexity to sustainable forest management. 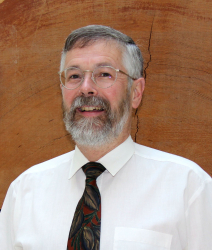 Brian Titus recently retired as a scientist after 34 years with the Canadian Forest Service in Newfoundland and then British Columbia. He studied nutrient cycling and decomposition processes related to sivicultural practices, including harvest residue removals. He began his PhD on the oldest bioenergy trial in Europe in 1980 and was involved in bioenergy-related research for much of his career.