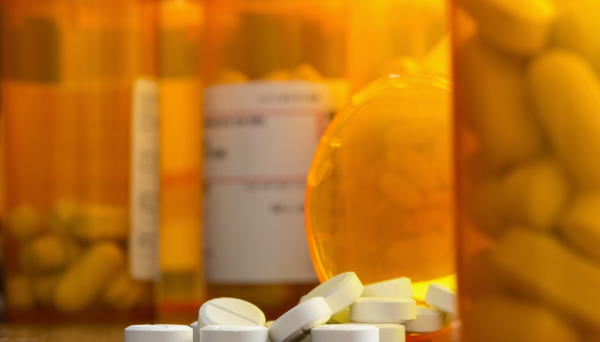 What is the ‘opioid epidemic’ and how did it come about?

The opioid epidemic refers to the unusual and widespread increase in the overdose incidence involving opioids. It is defined primarily by overdose fatality counts in the United States. Some trace the origins of the epidemic to the introduction of the prescription opioid pain killer, OxyContin in 1996, and it has morphed over the years. The epidemic was fueled initially by prescription opioids, then by heroin and by synthetic fentanyl and analogs. Since 2016, stimulant drugs, such as cocaine and methamphetamines, have become the new driver. So, from now on we should call this epidemic “the drug overdose epidemic” rather than “the opioid epidemic.”

This man-made public health crisis has claimed over half a million lives in the United States since 1996. Although it is largely endemic to the US, death rates from drug overdose have increased considerably in the past decade in many other countries, such as Canada and the United Kingdom.

Why did the US federal government declare the opioid epidemic a national public health emergency and what does this entail?

The US federal government declared the drug overdose epidemic a national public health emergency in October 2017 because of unabated and widespread increases in overdose-related morbidity and mortality. The declaration made the control of the opioid epidemic a national priority, facilitated the development and implementation of a comprehensive national response plan, and helped mobilize communities, governmental agencies, hospitals, schools, businesses and other sectors of the society to bring the epidemic under control. In the past two years, the federal government appropriated over $10 billion for intervention programs, such as medication-assisted treatment for patients with substance use disorders.

No, there is no conclusive empirical evidence in the existent research literature indicating that legalizing marijuana leads to a significant decrease in opioid overdose mortality. It is important to keep in mind that right now the relevant evidence base is rather thin as only a few studies have specifically assessed the impact of marijuana legalization on opioid-related harm, with mixed findings. The rapidly evolving opioid epidemic makes it particularly challenging to tease out the effect of state marijuana policy, if any, from the effects of other interventions implemented simultaneously by state governments and local communities. Legalizing marijuana for medical use is unlikely to have a significant effect on the opioid epidemic at the population level because the law covers only a small number of individuals with specified medical conditions. With more states moving toward legalizing recreational marijuana, research in the coming years will help answer the question more definitively.

In addition to opioid overdose mortality, opioid use has been shown to play a role in fatal motor vehicle crashes. Can you explain this correlation?

Clinically, opioids are used as analgesics and for sedation. Side effects include dizziness, drowsiness, and impaired cognitive functions and psychomotor skills necessary for safe driving, such as concentration, attention, and alertness. In large doses, opioids can induce depression of the respiratory system and result in death. Our research indicates that the prevalence of opioids detected in fatally injured drivers has increased by over 700% in the past two decades and that use of opioids doubles drivers’ risks of being involved in a fatal crash.

In addition to marijuana use, is there an association between the use of other substances and opioid overdose mortality?

Yes, since 2016 there has been a marked increase in overdose deaths involving stimulant drugs, such as cocaine and methamphetamines. Also, poly-drug use (i.e., concurrent use of two or more substances) is on the rise. For instance, about 40% of the drivers who test positive for marijuana also have elevated blood alcohol concentrations. In fact, cannabis-infused alcoholic cocktails have become increasingly popular in bars and clubs. The synergistic effects of multiple substances could make these drinks especially dangerous. Unfortunately, these products are largely unregulated.