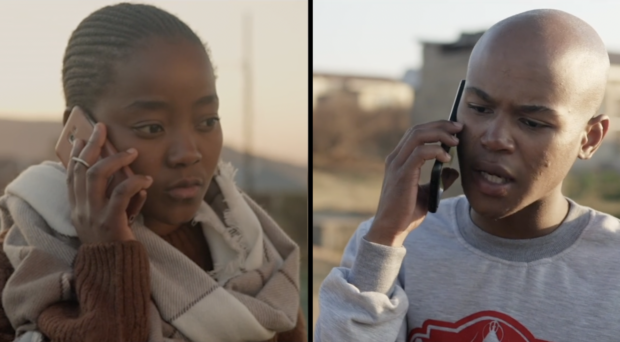 Part of this is simply because adolescents may have low levels of knowledge about how to engage in safe sex, including how to negotiate condom use, where to purchase contraceptives, and how to access accurate information about sexual health.

However, years of research have shown that improving knowledge alone is not enough to shift how teenagers (or adults for that matter) behave: even with all of the information in the world, people may still behave in ways which are against their best interests.

Adolescents may be driven to engage in unsafe sex because they hold erroneous beliefs about sex and relationships, because they do not consider or comprehend the possible outcomes of their behaviors, they may not think that they are capable of taking action to protect their sexual health, and – finally – because they are extremely susceptible, because of their developmental period, to social influences.

A team of researchers from the Institute for Life Course Health Research at Stellenbosch University in South Africa and Lesotho, in partnership with colleagues from Queen’s University Belfast in the UK, are delivering a program which aims to tackle these social influences head on.

If I Were Thabo is a relationships and sexuality education intervention which seeks to improve adolescent contraceptives use and prevent adolescent pregnancy by addressing the complex drivers of adolescent sexual behavior, with a focus on the gender norms which make teenage girls vulnerable to unsafe sex, and at risk of early parenthood.

The intervention was first developed and trialed in the UK (as If I Were Jack), before being adapted for delivery in South Africa and Lesotho, and addresses all of the determinants of adolescent sexual behavior, including beliefs about outcomes and beliefs about capabilities, knowledge, and skills. It has a variety of different activities which specifically aim to address gender norms to achieve behavior change by engaging both adolescent boys and girls.

If I Were Thabo is delivered in high schools by trained intervention facilitators. The program’s content includes slides, classroom activities, and homework exercises which involve adolescents’ parents. However, If I Were Thabo centers on an interactive video drama which is shown to participants on the first day of the intervention.

The video tells the story of Thabo, a teenager who has just found out that his girlfriend, Anathi, is unexpectedly pregnant. The video shows the young couple negotiate finding out about the pregnancy and exploring their different options.

After every scene, the video pauses and questions appear on the screen which prompt the adolescent viewers to put themselves in the shoes of Thabo and consider the consequences of each possible course of action the couple may take. Questions include things like, “If you were Thabo, how would your parents react?”, or “If you were Thabo, what would your strongest feeling be about this pregnancy?”

The subsequent class sessions continue to examine the role of boys and young men in preventing adolescent pregnancy. Activities such as ‘Controversial statements’, ‘What does it mean to be a man? What does it mean to be a woman?’, and ‘People and things’, explore gender norms and stereotypes, and how they perpetuate the power imbalances which perpetuate sexual risk for young people, particularly girls.

In ‘People and things’, an activity adapted from one developed for the Promundo H Toolkit, the class is divided into two groups with an imaginary line. One group of students are the people, and the other are the things. The class is then told: “THINGS: You cannot think, feel, or make decisions. You have to do what the “people” tell you. If you want to move or do something, you have to ask the person for permission. PERSONS: You can think, feel, and make decisions. Furthermore, you can tell the things what to do.”

After 5 minutes of acting out and inhabiting this inequitable dynamic, the facilitators lead a discussion of how it felt to inhabit each of the roles, why some individuals in society may be treated like people and others treated like things, and what kinds of factors in the participants’ communities might normalize the differential treatment of people, including on the basis of gender.

Each activity in the intervention package – which is delivered over five class sessions – corresponds to a known determinant of adolescent sexual behavior. Through engaging in these activities, adolescents are equipped with knowledge, given an opportunity to challenge beliefs and improve their understanding of social influences, and – ultimately – alter their intentions and behavior in relation to sexual health, including by avoiding unprotected sex. 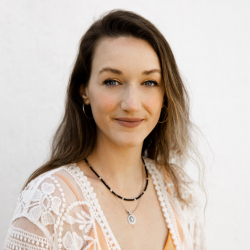 Dr Xanthe Hunt is a senior researcher at the Institute for Life Course Health Research in the Department of Global Health at Stellenbosch University, South Africa. She has a PhD in psychology, and her areas of expertise include child and adolescent mental health, sexual and reproductive health, and disability inclusion in health. Her current research focuses on understanding how to improve social inclusion and healthcare access for children and young people, and people with disabilities, in low- and middle-income countries.