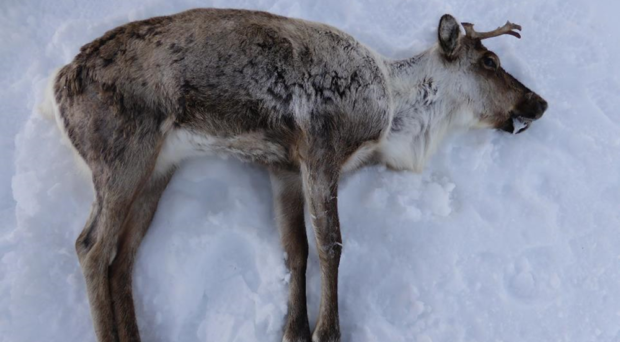 Imagine early spring in the Norwegian mountains. The scenery is pristine, with white snow and clear blue sky. This morning, however, the silence is broken by a helicopter maneuvering between the mountains like an annoying mosquito. In it, a team from the Norwegian Institute for Nature Research is getting ready for today’s task, which is to sedate wild reindeer and attach GPS collars for analysis of animal movement. An animal with aberrant behavior is noticed. On the ground, it is traced and found in a recumbent state, although this reindeer had not been hit with the sedative dart. After a few more minutes the animal died. Intrigued by this, the crew decides to submit the body to the Norwegian Veterinary Institute for a full necropsy.

Samples from the animal’s brain were tested for the deadly brain disease Chronic wasting disease (CWD), although at the time, this disease, well-known from North America, had never been observed in Europe. The results from the lab came as a shock, the animal tested strongly positive for CWD.

CWD is a transmissible neurodegenerative disease caused by prions, which are made up by a misfolded conformer of the normal prion protein. In North America, CWD is highly contagious, similar in many ways to classical scrapie in sheep and goat. Due to the enormous challenges posed by its control, the disease has spread relentlessly in North America and is causing cervid population decline in many affected areas (DeVivo, Edmunds et al. 2017).

The first detection of CWD in reindeer in Norway happened in March 2016, and the situation would rapidly go from bad to worse when two moose in the region of Selbu, about 300 kilometers from the reindeer case, came down positive for CWD during the spring. Three more cases were also detected in the reindeer population in which the first case was found.

Today, after five years, CWD has been diagnosed in 20 wild reindeer, eight moose and two red deer in Norway as well as in four moose in Sweden and two in Finland.

The Norwegian government decided to cull the affected reindeer population. All animals (about 2400) were culled and tested for CWD and 18 new cases were identified. After this, comprehensive surveillance of cervids, including thousands of wild and semi-domesticated reindeer revealed no new cases, until 2020 when a wild reindeer buck tested positive. This animal was shot during regular hunt at Hardangervidda, approximately 70 km south of the culled population and in the heart of the largest wild reindeer population in Western Europe, counting some 7-9 thousand animals.

Clearly, CWD in wild Norwegian reindeer had not been eliminated with the initial culling.

Prion diseases affecting ruminants are generally grouped as either classical or atypical (Tranulis, Benestad et al. 2011). Classical scrapie affecting sheep and goat is contagious, transmitting horizontally among animals through direct contact or via shared environments. In contrast, the atypical forms are considered to affect single, old animals, the infectious prions are restricted to the nervous system and are not shed to the surroundings in sufficient amounts for disease transmission.

Indeed, the form of CWD in wild reindeer in Norway shared all major characteristics of being infectious. The infective prions were found outside the central nervous system in immune organs and animals of different age-categories were affected (Benestad, Mitchell et al. 2016).

Investigations of the cases in moose gave strikingly different results. Here, prions were not detected outside the brain and all affected animals were older than 10 years. The mean age for the 14 CWD cases in moose in Norway, Sweden and Finland is close to 15 years.

Studies in laboratory rodents, allowing strain typing of prions, have shown that the prions affecting reindeer and moose in Norway are different from each other and from those characterized in North America (Pirisinu, Tran et al. 2018, Nonno, Di Bari et al. 2020). Thus, recent trans-Atlantic transfer of CWD prions appears not to be the reason for emergence of CWD in Europe.

How about the two cases in red deer – are they linked to the reindeer cases? No, these are tentatively grouped as atypical CWD, like the moose cases, although the disease features and prion strain characteristics differ from that in moose.

So, within a timespan of only five years, CWD has been detected in three cervid species in Northern Europe. In moose and red deer, the disease may occur sporadically in so-called atypical forms, whereas in reindeer, the disease features are more alike those observed in North America, with horizontal transmission.

In the current review in Acta Veterinaria Scandinavica our aim is to provide the readers with an update of the situation, highlighting data on disease presentation and variation among prion isolates. It appears that at least three previously unrecognized prion strains are present in Northern Europe. Understanding the epidemiology, including the zoonotic potential of these agents is a major area of investigation and will remain so for years to come. 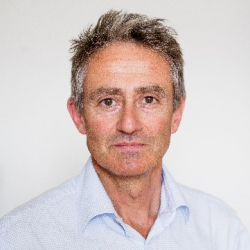 Michael A. Tranulis has been engaged in prion disease and prion protein physiology research for more than 20 years, starting with genetic analyses of classical scrapie outbreaks in Norway in the late 1990-ties and discovery of atypical/Nor98 scrapie. He has after CWD was diagnosed in Norway, contributed to several scientific opinions and assessments for the Norwegian Food Safety Authorities. He is member of the BSE/TSE working group of the European Food Safety Authority (EFSA) and collaborating in several research projects related to CWD in Europe.

Latest posts by Michael A. Tranulis (see all)

Michael A. Tranulis has been engaged in prion disease and prion protein physiology research for more than 20 years, starting with genetic analyses of classical scrapie outbreaks in Norway in the late 1990-ties and discovery of atypical/Nor98 scrapie. He has after CWD was diagnosed in Norway, contributed to several scientific opinions and assessments for the Norwegian Food Safety Authorities. He is member of the BSE/TSE working group of the European Food Safety Authority (EFSA) and collaborating in several research projects related to CWD in Europe.

Latest posts by Michael A. Tranulis (see all)