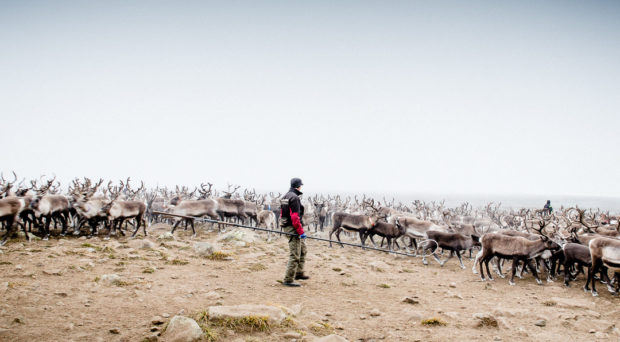 Ongoing climate change is a global concern and the impact of associated warming is most prominent in Northern latitudes (above 60◦ N). Our general understanding on climate change effects and unpredicted long-term consequences has increased significantly in recent years. However, there is still a large gap of knowledge regarding the influence of climate change on the spread of infectious diseases and how these diseases should be identified. This study sought to prioritize climate-sensitive infections of relevance for humans and/or animals living in Northern regions. Some animal species, reindeer in particular, are more vulnerable to the temperature changes. The growing climate change drastically shape infectious diseases epidemiology and geography.

The ecosystem changes, such as weather and precipitation, directly affect survival and reproduction of pathogenic microorganisms, as well as its animal reservoirs and vectors. Further, opportunistic infections may thrive when wild or semi-domesticated animals get stressed due to lack of feed or water or due to fragmentation of habitats and increased animal density.

Northern societies are highly dependent on healthy animals and their ecosystems. Both animal and human health will most likely be affected by changes in the distribution and virulence of zoonotic pathogens (transmitted between animals and humans) caused by climate change. Sheep farming and reindeer herding, hunting, fishing and tourism for the economic development of rural populations are central. Climate change adds on stressors on reindeer herding, which is already burdened by transformed land use and predators. Reindeer are immunologically naïve for many new infections, which may cause a detrimental effect. In particular, infectious diseases in the eyes and mouth of the reindeer can be unexpectedly severe with an aggressive course. These infections cause animal suffering both because of pain and difficulties to find food and to eat, which will further decrease animal welfare and body condition, cause reproductive failure and may also lead to starvation and increased risk of being killed by predators. Such diseases may also severely impact the economy of herders and stakeholders.

In the present study, an expert panel, representing 20 experts with comprehensive knowledge in veterinary and human medicine, epidemiology, virology, bacteriology and ecology, selected potential climate-sensitive infections that were judged to become important in the region reaching from Greenland in the west to Siberia in the east, above 60◦ N. A systematic literature was performed using the main and identified unique keywords along with the specific inclusion criteria. In total 1275 abstracts were evaluated by experts from Scandinavia and Russian Federation with thorough knowledge on infectious diseases. Thirty-seven potential climate-sensitive infections were revealed, 76% of which were zoonotic infections.

Among non-zoonotic infections, alphaherpes virus, Fusobacterium necrophorum (necrobacillosis), parapopxvirus (Orf) and pestivirus were characterized as potential and indirect climate-sensitive infections, since they are often associated with feeding of reindeer, which is one way of mitigating climate change and ice-locked winter pastures. However, results showed only a handful of abstracts were considered to belong to the contact transmission category. One reason for this may be the fact that these diseases mainly cause problems in reindeer and other ungulates and may not be much studied with respect to influence of climate change.

Ticks were the arthropod vector most often associated with climate-sensitive infections.

Around half of the abstracts evaluated were placed in the arthropod vector-borne category, including diseases transmitted by ticks, midges and mosquitoes. Ticks were the arthropod vector most often associated with climate-sensitive infections (41%), and also most often associated with a European focus. Climate change seems to facilitate a stable expansion of ticks, such as Ixodes ricinus, to higher latitudes, altitudes and also from coast to inland. Ticks are important vectors of infectious agents and their geographical distribution is favored by climate change. 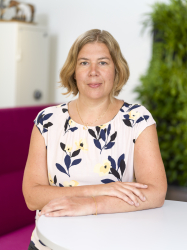 Anna Omazic, is currently working as a researcher at National Veterinary Institute, Sweden. Her focus is on issues regarding infectious diseases, especially tick-borne diseases, in animals and humans in the Nordic region and Russia.

Alexander Malogolovkin, is currently a researcher at the London School of Hygiene and Tropical Medicine, UK. He works on the molecular epidemiology of emerging arthropod-borne viruses with zoonotic potential.

Morten Tryland, is a veterinary virologist and currently a professor in infection biology at UiT The Arctic University of Norway. He works with a variety of pathogens, including zoonoses, in wildlife and semi-domesticated reindeer.