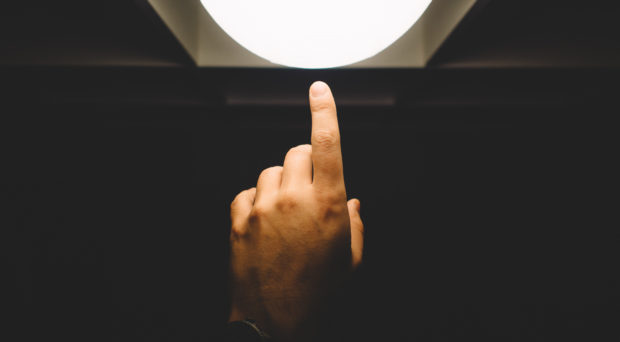 Philosophical concepts are constantly appealed to in practice: the principle of ‘solidarity’, the ‘nudge’ theory, informed consent, LGBT debates questioning traditional categories of sex and gender – these are all examples of philosophical questions turned into practice (CC0 Licence on Pexels)

This content was originally posted on the SpringerOpen blog.

Ismail Serageldin once described one of the virtues of science as ‘constructive subversiveness’, in other words the challenging of accepted paradigms in the search for truth. Philosophy’s task is also to question sometimes cherished assumptions.

Why philosophy is needed in the life sciences, and why is it important?

(Ruth Chadwick): Ismail Serageldin once described one of the virtues of science as ‘constructive subversiveness’, in other words the challenging of accepted paradigms in the search for truth. Philosophy’s task is also to question sometimes cherished assumptions and advance understanding of the world and human life, which includes the foundations of science itself.

What are currently the most challenging or unanswered questions for biologists and bioethicists from a philosophical perspective?

(Hub Zwart): We seem to be entering a new era of “neo-life”: life becomes reproducible, can be drastically altered and refurbished (synthetic biology, CRISPR/Cas9), and so on. On the one hand, we are probably exaggerating things, since an element of hype and over-promising seems to be at work. On the other hand, to the extent that this is true: do we have the ethics in place to contain this development – the Cambrian explosion of technologically produced “neo-life” of hybrid life, on the level of cells, but also of organisms (robotics).

Philosophy is addressing the experiences, expectations and concerns of humans exposed to waves of new technologies and new forms of information. More than any other field, philosophy aspired to develop a diagnostics of the present: once a purely academic and introspective endeavour, philosophy has become relevant again.

(Ruth Chadwick):  Gene editing has been described as a ‘disruptor technology’ and it is important to think about what this means, and whether it is ‘disruptive’ for ethics itself. A sign of this might be the questioning of what has been a widespread consensus about the conceptual and moral difference between somatic and germ line interventions.

Another increasingly pressing issue concerns the interface between life sciences and robotics, the potential for robotics to make changes, including in the agricultural sciences, which may have far reaching implications for social life. The use of wearable technologies to monitor different aspects of our health and lifestyle needs careful consideration about privacy issues.

Philosophy is not all about theory. Could you name some examples of direct consequences of typical “philosophical” questions in practice?

(Hub Zwart): Perhaps more than any other field, philosophy is currently addressing the impact of techno-science on the human life-world, the experiences, expectations and concerns of humans exposed to waves of new technologies and new forms of information. More than any other field, philosophy aspired to develop a diagnostics of the present. Philosophy (once a purely academic and introspective endeavour) has become relevant again.

It is always important to think about how we are framing questions. Philosophy questions our most fundamental assumptions and in so doing can help us to think about what might be left outside the frame.

Theoretical work on ‘nudges’ is proving very powerful in relation to public health, e.g. in trying to make people take more responsibility for their weight and fitness.

An idea as prevalent as informed consent has its basis in philosophical theory, and it is a topic that is constantly revisited by moral philosophers and others in the light of new scientific developments, to see if it can continue to guarantee the protection of individuals in new situations.

Current trends in LGBT debates have involved questioning of traditional categories of sex and gender. This has both philosophical and ethical implications.

What are be benefits brought by research in philosophy and their impact on science, policy and society?

(Hub Zwart): For philosophy, deliberation is important, because societal debate is a philosophical laboratory. I would argue that the most important impact comes from translating research results, coming from active deliberation, dialogue and reflection, into teaching, i.e. education of science students and early stage researchers – to use the German word, Bildung.

(Ruth Chadwick):  It is always important to think about how we are framing questions. Philosophy questions our most fundamental assumptions and in so doing can help us to think about what might be left outside the frame.

Professor Hub Zwart studied philosophy and psychology at Radboud University Nijmegen. In 2000 he became full professor of philosophy at the Faculty of Science. In 2004, he established the Centre for Society and Genomics (CSG) at this department, a national centre for research and societal interaction concerning the societal and philosophical implications of emerging research fields, funded by NGI, and acted as CSG’s scientific director. In 2005, he established the Institute for Science, Innovation and Society (ISIS). He is also editor-in-Chief of the SpringerOpen journal Life Sciences, Society and Policy. He published 10 books and 75 papers and supervised 20 Ph.D. students.

Professor Ruth Chadwick joined the University of Manchester in 2014 as Professor of Bioethics. From 2002-2013 she directed the ESRC Centre for Economic and Social Aspects of Genomics (Cesagen): a Lancaster-Cardiff collaboration. Ruth co-edits the journals Bioethics and Life Sciences, Society and Policy and has served on numerous bodies including the Council of the Human Genome Organisation, the Panel of Eminent Ethical Experts of the Food and Agriculture Organisation of the United Nations (FAO), and the UK Advisory Committee on Novel Foods and Processes (ACNFP). She is Fellow of the Academy of Social Sciences;  of the Hastings Center, New York; of the Royal Society of Arts; and of the Royal Society of Biology. In 2005 she won the World Technology Network Award for Ethics and in 2014 she was elected Fellow of the Learned Society of Wales.