The International AIDS Society (IAS) today expresses its sincere sadness at receiving news that a number of colleagues and friends en route to attend the 20th International AIDS Conference taking place in Melbourne, Australia, were on board the Malaysian Airlines MH17 flight that has crashed over Ukraine earlier today.
At this incredibly sad and sensitive time the IAS stands with our international family and sends condolences to the loved ones of those who have been lost to this tragedy.

Many of the passengers aboard the Malaysia Airlines flight that crashed in eastern Ukraine on Thursday were World Health Organization staffers heading to a conference on AIDS research in Australia, the Guardian reported.

Approximately 100 of the passengers on board were heading to Melbourne for the conference, The Sydney Morning Herald reports, citing conference attendees. 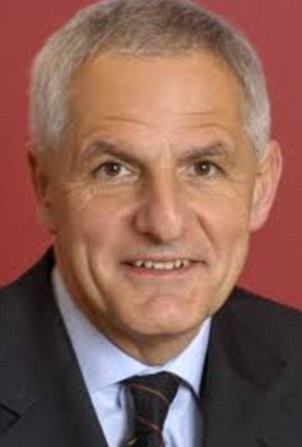 Former International AIDS Society president Joep Lange was a passenger on the plane.

“Joep had an absolute commitment to HIV treatment and care in Asia and Africa,” Kirby Institute Director David A Cooper said in a University of New South Wales press release. “The joy in collaborating with Joep was that he would always bring a fresh view, a unique take on things, and he never accepted that something was impossible to achieve.”

Glenn Thomas, a spokesperson for WHO’s Global TB Program, was also among the victims, according to a fellow staffer. Global TB Program Coordinator Haileyesus Getahun shared the news via Twitter.

WHO’s Dr. Rachel Baggaley told Vox, “I’m just devastated. He’s a very close colleague whom I work with on a daily basis. He just had his birthday, he was going to plan all sorts of celebrations.”

AIDS campaigner Pim de Kuijer was another victim, The Guardian reports. Former Member of the European Parliament Lousewies van der Laan said, “Pim believed in understanding between countries, the rule of law and equality for all and fought for his values through his work and his political activities. Let’s try to live up to his legacy and work even harder towards a peaceful world.”

fMRIDC did a great job in the past, but due to difficulties in getting funded it has not been available for over a year. I’m sure INCF acknowledges the important role fMRIDC played in the early years of datasharing, but I doubt it is recommending it right not (since fMRIDC has not been accepting submission for quite a while). Luckily the https://openfmri.org is taking over the baton accepting task based fMRI datasets. I recommend can recommend it for all authors wanting to deposit their task based fMRI data (this is what we did as well https://openfmri.org/dataset/ds000114).