Acceleration of human impact on the environment and biodiversity loss, are two mutually reinforcing issues. Commonly considered as pests, rodents are the largest group of mammals in the world; and yet, their crucial role in the maintenance of the ecosystem they inhabit is largely underappreciated. Due to their large abundance and wide distribution, rodent population can be a beneficial indicator of ecosystem function.

Research conducted by researchers from the Chinese Academy of Sciences published in BMC Ecology and Evolution, have monitored 115 rodent populations in China with durations ranging from 20 to 33 years. Nearly half of the populations studied (54 of 115), are in decline. The authors demonstrated that accelerated climate warming and human disturbance might be the driving factor of this sustained decline in rodent species. Strikingly, in high-latitude regions which experienced more climate warning, and in habitats with intensified human disturbance such as cities and farmlands, these sustained decline are more pronounced.

These findings may provide relief to pest management programs in rodent-infested regions; however, as a keystone species in many ecosystems, the decline in rodent species may be a signal of an ecosystem transition or dysfunction. 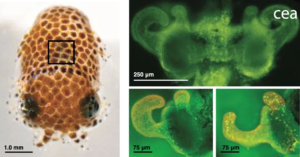 The venture into space, although exciting, can be a life threatening expedition for many life forms. One of the aspects of spaceflight, microgravity, is the condition in which objects or people appear to be weightless. Responsible for its vital role in evolution of life forms on earth, gravity or lack thereof can result in long-term, physiological disturbances to space explorers.

In this study published in BMC Microbiology, researchers at the University of Florida explored the effects of microgravity on developmental processes influenced by microbes. By looking at the effects of simulated microgravity and beneficial association between the bobtail squid, Euprymna scolopes and the gram-negative bacterium, Vibrio fischeri, the researchers reported that spaceflight might cause disturbance to the normal apoptotic pathways in animals. The mechanisms of communication used by E. scolopes and V. fischeri are present in other animals and thus these findings may shine a light on how spaceflight may alter normal physiological responses.

With the acceleration in the number of space explorations, understanding the impact of microgravity is crucial for maintaining long-term health of space explorers. This study demonstrates that mutualistic animal-microbe interactions have significant implications upon spaceflight-induced physiological changes on life forms, and that maintenance of a healthy microbiome during long-duration spaceflights, is essential.

BMC Medical Ethics – Do biomedical researchers differ in their perceptions of plagiarism across Europe? Findings from an online survey among leading universities 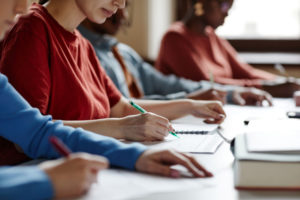 Originating from the Latin word ‘plagiarius’ which translates to ‘kidnapper’, plagiarism is a fundamental breach of ethics and research integrity. Coupled with the blurred definition of plagiarism, culture and education also plays a role in people’s perceptions and understanding of plagiarism. Integrity is one of the foundations of scientific research, thus, differences in perceptions of plagiarism may have larger implications for the scientific community.

In an effort to better understand the differences in perceptions of plagiarism across Europe, researchers from Southeast University, and KU Leuven conducted a survey aimed at biomedical researchers about their perception on plagiarism. Despite responders agreeing on the universally obvious examples of plagiarism, such as copying text from someone else’s publication without crediting the source; there appears to be differences in perceptions on less straightforward examples such as copying text from someone else’s publication and crediting the source without quotation marks. Compared to southern and northwestern European researchers, Nordic researchers scored higher sensitivity to plagiarism-related/like examples. The researchers argue that policy and research training across Europe might play a factor in these differences.

Establishing a clear-cut definition on what constitutes plagiarism, can benefit the scientific community and foster better collaboration. These findings also emphasises the importance in synchronising approaches and training surrounding research integrity across different regions. 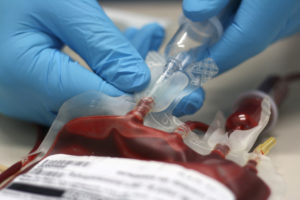 To ensure blood banks are equipped with adequate blood supply, improving donor retention is crucial. Among other factors such as discovering an illness and fear of needles, fainting is an important factor that discourages blood donors from returning. Being the most common adverse events during, or after blood donations, vasovagal reactions often affect young-first time donors.

Recent study published in BMC Medical Informatics and Decision Making, employed seven machine-learning algorithms to investigate factors associated with adverse incidents during blood donation. Suessner and co-authors observed 1,715 fainting reactions in 228,846 blood donations from 88,003 donors over a 2-year study period. They reported that their machine-learning algorithms had high potentials of predicting fainting reactions during blood donations, which may prove to be beneficial for detecting high-risk donors. Compared to height, weight and gender, their machine learning prediction model found that systolic and diastolic blood pressure, ambient conditions, humidity and barometric pressure are essentially the most important predictors for fainting reactions. Lack of trust in research, accelerated by low reproducibility, abundant research waste, and spread of misinformation can jeopardise advancement in the field of biomedical research. The QUEST Centre for Responsible Research, operating within the Berlin Institute of Health, aims to develop and facilitate change in the culture and practice of research and enhance transparent, reproducible research practices.

In this commentary published in BMC Research Notes, members of the QUEST Centre shared their experiences based on challenges and opportunities that they have encountered and learned, over their first five years. The authors report that, improvement in research practise does not constitute a singular endpoint, but rather a constant communication and adaptation. It is important that, in championing reproducibility, organisations should remain open minded to novel approaches. There is not one-size-fits-all approach in the fight towards a more reproducible science. The authors identified that stakeholder engagement, identifying important incentives, effective communication, united bottom-up and top-down approaches, support of key decision makers, employment of expertise and support of decision-makers are a few of the factors that can lead to advancement in reproducible research.

In the continued fight towards reproducible science, we can learn from experiences of members at The QUEST Centre, on how we can further improve, and advocate, for increased reproducibility in research.

This manuscript is part of a collection on articles focusing on research integrity and reproducibility published in BMC Research Notes. To find out more, visit https://www.biomedcentral.com/collections/reproducibility 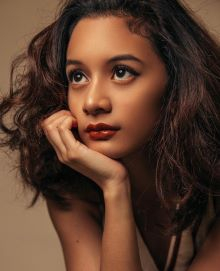 Anastasia joined BMC in May 2022. She holds a PhD in Medicine from University of Leeds where she studied the role of DOCK4 in glioblastoma, and the pathological effects of radiotherapy on the vasculature of recurrent glioblastoma. Previously, she earned her BSc (Hons) degree in Biomedical Sciences from the University of Brighton. In 2016, Anastasia worked at the Eijkman Institute of Molecular Biology in Jakarta, Indonesia, studying the genetics of obesity. She is committed to championing open access and reproducible research in science.

Anastasia is based in the London office and is the editor of BMC Medical Ethics, BMC Complementary Medicine and Therapies, BMC Pharmacology and Toxicology, and BMC Proceedings.