More than two years into the COVID-19 pandemic there are still many open questions, including why some patients experience persistent symptoms weeks after first testing positive. In their recently published study researchers from the Gregorio Marañon Microbiology ID COVID 19 Study Group evaluate patients who report fatigue, muscle pain, dyspnea, inappropriate tachycardia and low-grade fever at least four weeks following initial diagnosis with SARS-CoV-2. Their results show that more than half of these patients experienced only mild COVID-19 symptoms during their initial illness but still developed lasting symptoms. A significant number had detectable SARS-CoV-2 RNA in plasma, urine or stool samples several weeks post infection. The study further found that antiviral treatment strategies may be beneficial for patients with this possible systemic viral persistence.

The importance of the microbiome on survival and fitness of animals has been increasingly recognised in the scientific community and in recent years we have seen a wealth of publications on different microbial communities within humans, mice and other animals. The intestinal microbiome in particular is highly dependent on the feeding status of the host organism and different phyla are differently affected by starvation periods. To study how starvation and refeeding impact on the composition of the microbiome as well as on host gene expression, researchers from Duke University used zebrafish in this recent BMC Genomics publication. Interestingly, they find that the abundance of two core microbiome genera of zebrafish – Vibrio and Plesiomonas – react in opposite ways to starvation, with Vibrio bacteria increasing and Plesiomonas showing reductions. Concurrently, transcriptomics data of the host genes shows drastically altered expression of ribosome biogenesis early in starvation, followed by decreased expression of genes responsible for antiviral immunity as well as lipid transport in later stages. Both host transcription and microbiome were shown to recover quickly within only three days of refeeding. Reproductive strategy describes how different animal species balance the trade-off between energetic costs and mortality associated with reproduction to maximise survival of both parents and offspring. European insectivorous bats such as the common noctule (Nyctalus noctula) make use of delayed fertilisation, where sperm is stored in the female reproductive organs during hibernation. In their recent publication, researchers from Brno assess what factors determine whether a female noctule gives birth to a single neonate or to twins, finding that high progesterone levels during early stages of gestation are a good indicator for successful twin pregnancies. Additionally, their results show that the longer the hibernation period, the shorter the gestation period. The authors conclude that females can optimise their thermoregulatory behaviour and are able to manipulate their litter size. How can healthcare professionals assess consciousness in unresponsive patients to avoid misdiagnosis and offer the highest standard of care? In a recent article in BMC Medical Ethics researchers assess the usefulness of different indicators of consciousness originally developed for determining the level of consciousness in artificial intelligence and animals for use in human patients, such as individuals in comas. Among these indicators, the authors discuss goal-directed behaviour, brain anatomy and physiology, psychometrics and meta-cognitive judgment and episodic memory. As the diagnosis of consciousness has important ethical dimensions, the researchers emphasise the need for a gold standard in detecting consciousness and the requirement for refined taxonomy of disorders of consciousness. 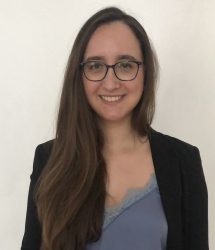 Lisa joined the BMC Series as an Associate Editor for BMC Ophthalmology, BMC Gastroenterology, and BMC Biomedical Engineering in 2021. She completed her PhD in Biological Sciences with the MRC Laboratory of Molecular Biology at the University of Cambridge where she explored Wnt signalling and developmental genetics in Drosophila and human (cancer) cell lines. Lisa has a keen interest in promoting open access policies as well as science communication.