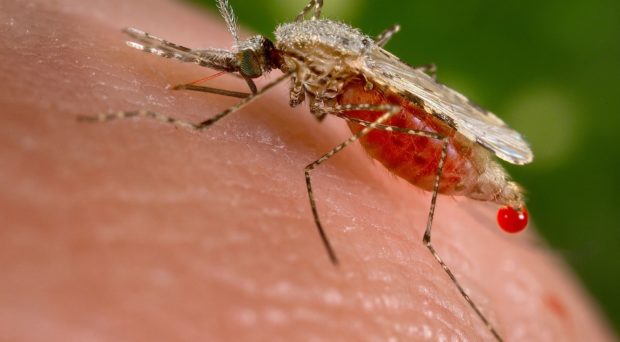 Approximately 3.4 of the 7.8 billion people in the world are at risk of being infected with malaria parasites and developing disease (WHO 2019). A renewed push to eradicate malaria commenced at the turn of this century and a significant decrease in disease incidence and prevalence was achieved during the first fifteen years of the initiative. However, efforts over the last few years to maintain this momentum have failed and progress towards eradication has faltered. Vector control is a major cost-effective component of the eradication agenda and 80% of the impact on decreasing malaria since 2000 is attributed to anti-vector measures (see 1 and 2). Consistent with this impact, the WHO recommended research and development of a new generation of vector control tools to help meet the eradication challenge.

Our laboratory members and collaborators are among a number of scientists from the University of California, Irvine Malaria Initiative (UCIMI) and Tata Institute for Genetics and Society (TIGS) seeking to apply genetic engineering technologies to develop novel methods for controlling parasite transmission by targeting the mosquito vectors. Our preferred strategy, population modification, uses genetic tools to make vector mosquitoes incapable of transmitting parasites. We expect that the introduction into a mosquito population of a gene that confers parasite resistance should lead to a decrease in transmission of the pathogen. We use synthetic approaches to make genes that interfere with parasite transmission and spread them through mosquito populations. Following implementation of such a strategy, we expect to see measurable decreases in malaria transmission and disease.

We have had considerable success in the past demonstrating that we can use modern molecular biological and insect transgenesis tools to make genes that prevent mosquitoes from passing on parasites (see 1 and 2). We have focused most recently on laboratory experiments to find ways to move these genes into wild mosquito populations.

To do this, we and others have devoted considerable effort to exploiting Cas9/guide RNA- (Cas9/gRNA) mediated gene drive systems.

This clever and innovative genetic approach promotes the conversion in diploid organisms of alternate forms of genes, alleles, from a heterozygous state to homozygosity. This deceptively simple technology can be harnessed as a mechanisms to make a gene-drive system that rapidly spreads anti-parasite genes throughout the targeted mosquito population.

We demonstrated previously a prototype Cas9/gRNA-based gene drive system for population modification of the Indo-Pakistan malaria vector, Anopheles stephensi. This system was autonomous, that is, it carried all the necessary information to keep driving itself and could move dual anti-Plasmodium falciparum (the most deadly human malaria parasite) genes into ∼99.5% of the progeny following outcrosses of gene-drive lines to wild-type mosquitoes. Small cage trials of this drive system revealed that a single release of 1:1 gene drive:wild-type males could achieve 100% introduction (every mosquito carrying at least one copy of the drive system and cargo) within 6–12 generations (Figure 2A).

Furthermore, we observed that disruption of the target locus for insertion of the drive system, kynurenine hydroxylase (kh, also known as the kynurenine mono-oxygenase, kmo, gene), a gene encoding an enzyme important in the eye pigment synthesis pathway, significantly affected female survival and progeny production following a bloodmeal (Figure 3).

One approach involves a highly efficient 2nd-generation version of the original gene drive system designated ‘recoded’ that equips the system with a functional copy of the target gene into which the drive inserts (Figure 4). In contrast to the original system, female mosquitoes of this strain show strong and consistent drive in trials in population cages and negligible production of drive-resistant alleles (Figure 2B, 2E).  Mechanistically, non-functional resistant alleles are eliminated via a maternal lethal/sterile effect combined with slower-acting standard negative selection, and rare functional resistant alleles do not prevent drive invasion. Small cage trials showed that single releases of gene-drive males robustly result in efficient population modification with ≥95% of mosquitoes carrying the drive within 5-11 generations over a range of initial release ratios. This strategy of inserting a gene-drive into an essential gene (for viability or fertility) and then rescuing it with a functional gene provides a general solution to the emergence of drive-resistance through females.

The second approach was to change the target for Cas/gRNA targeting to a gene with no effect on fitness. This 2nd -generation system, developed for the African malaria vector, An, gambiae, also targets a gene, cardinal (cd), that also encodes an enzyme involved in synthesizing eye color pigment (Figures 3 and 4). The cd gene product acts ‘downstream’ from the kh product and mutations caused by drive element insertion are tolerated in homozygous females. The drive showed an average efficiency of ~97% in both sexes, minimal off‐target effects in vitro, few adverse effects on the fitness of drive-bearing mosquitoes, and a low frequency of potentially resistant alleles that could counteract it. Importantly, trials in small cages in the laboratory revealed that a single release of drive‐bearing males at 1:1 ratio was sufficient to ensure that every mosquito carried at least one copy of the drive construct within four to six generations, which represents a period of 6 months and falls within a single annual malaria transmission cycle (Figure 2C and 2F). This system can serve a powerful vehicle to ferry antiparasite effector genes into mosquitoes and could help speed the development of a drive‐bearing mosquito strain ready for field tests.

The use of Cas9/gRNA systems has been exploited effectively by others (see the work being done by the Target Malaria team at Imperial College, London). As part of a larger community involved in the development of this science, we adhere to strict recommendations and guidelines to ensure safety during the development of these systems. In addition, all of the work is made available through open access sources (for example PubMed) allowing both specialists and interested stakeholders free access to follow and evaluate the science as it advances. We anticipate that this transparency coupled with stakeholder leadership will result in safe and scientifically-relevant field trials of the technology. 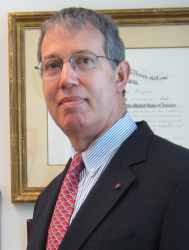 Anthony A. James, PhD is Donald Bren Professor and Distinguished Professor of Microbiology & Molecular Genetics (School of Medicine) and Molecular Biology & Biochemistry (School of Biological Sciences) at the University of California, Irvine. He is a member of the National Academy of Sciences USA. His research group uses genetics as the basis for synthetic approaches to prevent transmission of mosquito-borne diseases. Contributions include the development of mosquito transgenesis procedures, engineered genes that interfere with malaria parasite or dengue virus development in mosquitoes, a population-suppression strain based on flightless female mosquitoes and gene-drive systems to spread beneficial genes quickly through mosquito populations.

Latest posts by Anthony A. James (see all)