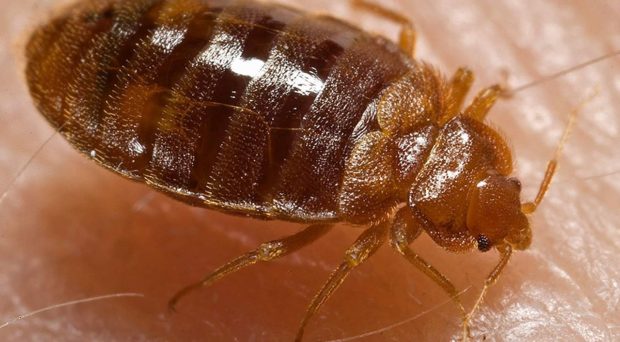 Ivermectin (or 22,23-dihydroavermectin), is a broad spectrum antiparasitic agent, that belongs to the avermectin family of compounds. It was discovered by Satoshi Ōmura from the bacteria Streptomyces avermetilis, and then purified and modified by William C. Campbell into ivermectin, that has greater potency and lower toxicity. For their discoveries, they received half of the 2015 Nobel Prize in Physiology or Medicine.

Their award was very well deserved, given that ivermectin turned out to be something of a wonder drug. It acts by binding to glutamate-gated chloride channels in the membranes of invertebrate nerve and muscle cells, increasing the permeability of the membrane for chloride ions. This results in cellular hyperpolarization, leading to paralysis and death. Fortunately, vertebrates like us are mostly protected from these effects because the drug cannot cross the blood-brain barrier due to the presence of P-glycoproteins. Therefore, people can take oral doses of ivermectin, which then affects and kills their parasites.

Ivermectin is currently being used primarily against parasitic worms, such as those causing river blindness (onchocerciasis) as well as lymphatic filariasis. The Carter Center, using ivermectin donated by Merck, is working towards eliminating river blindness from the Americas, as well as eliminate lymphatic filariasis from Africa wherever possible. In addition, ivermectin is used against mites, such as those causing scabies, and head lice that have become resistant to insecticides. It is also used to treat mites, some lice, heartworm and other worms in dogs and other animals.

Bedbugs as a target

Other potential parasite target for ivermectin are bedbugs. Bed bugs are parasitic insects in the cimicid family that exclusively feed on blood.

The common bed bug, Cimex lectularius, specializes on humans and has been associated with human settlements historically. During the 20th century, bed bug populations diminished, at least in the U.S. and Europe, due to the use of potent pesticides and other interventions. However, bed bugs have staged a resurgence starting in the 1980s, partly due to increasing levels of insecticide resistance.

Bedbugs have not been documented to transmit any pathogens between hosts so they are not considered to be disease vectors. However, bed bug infestations, and the stigma associated with them, can result in tremendous psychological as well as financial trauma. While a number of novel and innovative treatment methods have been developed to deal with this resurgence, the costs associated with these treatment, and the level of organization and access required can still be a barrier to success. One potential easy solution in such cases would be if physicians could simply prescribe a drug that would get rid of all the bedbugs! This is the concept of “host intoxication”, or “xenointoxication”, and is what’s basically already happening when we’re treating people with ivermectin against river blindness or scabies.

In 2013, Dr. Johnathan M. Sheele and his collaborators published a study showing that ivermectin, administered via blood through an artificial feeding membrane, was able to incapacitate and ultimately kill bedbugs.

The study gained a significant amount of attention, but was partly criticized for not being a feasible approach. One of the issues in the original publication was the dosage of the drug used, which was almost a 6-fold higher dose than the blood plasma levels achieved by using the FDA-approved single dose in humans. Ivermectin does in fact have central nervous system side effects in large doses, although studies have found no adverse effects at doses even 10 times higher than the FDA approved single dose. The other issue with ivermectin has to do with its relative short half-life of 15-20 hours, which might necessitate multiple treatments for all bedbugs to have a chance to ingest the drug.

Recently, the same group, led by Dr. Johnathan Sheele, has published an update on their efforts in the Journal of Parasitology Research. In a series of trials, they have fed bedbugs on blood containing a dose of ivermectin more in line with what is expected to be in the blood after a single treatment of the FDA-approved formulation. Then they observed these bed bugs for several months to see what percentage of them die, or recover to be able to reproduce.

They have found that this more realistic dosage was still sufficient to paralyze and ultimately kill bedbugs, as in each trial with ivermectin blood concentrations above 25 ng/mL at least 50% of bedbugs died. Even at lower concentrations, but above 2.5 ng/mL, bedbugs suffered long-term effects such as reduced fecundity, feeding difficulty, and incomplete molting.

They have also tested the efficacy of a similar compound, moxidectin, against bedbugs. Moxidectin has the advantage of a longer half-life of 20-35 days, but it has not yet been FDA-approved for use in humans (although clinical trials are ongoing), and is only used in veterinary medicine. In their experiment, which was the first to evaluate the efficacy of moxidectin against bedbugs, they found moxidectin to be less efficacious relative to ivermectin, with some bedbugs surviving blood meals containing <75 ng/mL of this drug, recovering to be able to reproduce.

How was death defined?

There are a few details in the recent update that might be confusing to some, as they were for me. First of all, measuring the efficacy of ivermectin is not as simple as counting the number of dead bed bugs. Since ivermectin is not an insecticide, it does not kill on contact; it paralyzes the insects which may or may not recover from the effect of the drug before they die. Therefore, Dr. Sheele defined mortality as “an insect that was minimally responsive to stimulation or unable to cling to a substrate that was gently shaken”. At first, I was rather skeptical of this definition, so I contacted Dr. Sheele to clarify. In his response, he explained that bed bugs that fit the criteria above cannot feed on hosts or reproduce and are therefore effectively dead; which I agree with. However, since these insects can recover potentially fully to the point that they can again feed and reproduce, this makes the interpretation of tables describing the results somewhat difficult. Sometimes, bed bugs come back from the “dead”, decreasing the proportion of bed bugs that died as the trials go on.

The paper describes six different trials, which test different dosages of ivermection and moxidectin, with significant overlap between them. Had the authors combined some of these trials, using a meta-analysis or a similar method, the paper would be much clearer and easy to read. In addition, I was missing a dose-response curve for the efficacy of both drugs that could indicate the minimal dosage that would be required for acceptable efficacy.

Despite these imperfections, this is an important publication representing another milestone towards the potential use of oral ivermectin therapy as another weapon in an Integrated Pest Management framework to treat bed bug infestations.

The paper provides strong evidence that ivermectin is efficacious against bed bugs at doses typically seen in people taking the FDA-approved formulation of the drug. The team is taking the next step of submitting an investigational new drug application to the FDA to conduct a small clinical trial focusing on safety and efficacy both with ivermectin and moxidectin. This is important as ivermectin is currently only approved as a single dose drug, and multiple doses would be need to treat a bed bug infestation since not all bugs would feed while the drug is in the blood.

Dr. Sheele and his team are proposing a novel dosing regimen in order to keep ivermectin levels at 20-25 ng/mL for about 2 weeks, allowing all bed bugs to be exposed to toxic levels of the drug. Dr. Sheele stresses that oral ivermectin will never be a standalone solution against bed bugs, and does not recommend anyone trying to self-medicate before the clinical trials have been completed and published, as e.g. ivermectin is contraindicated for children as well as pregnant women. However, if his endeavors are successful, it will hopefully provide another tool to control difficult and large infestations, as a component of Integrated Pest Management. Until then, I suggest that we all sleep tight, and not let the bed bugs bite!