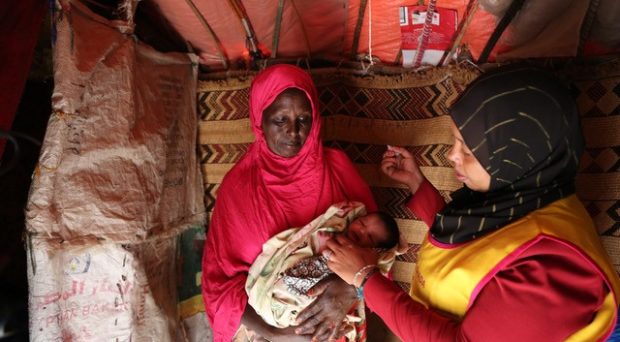 A recent supplement published by Health Research Policy and Systems called “Decision-Maker Led Implementation Research for Immunization” highlights studies undertaken in low- and middle-income countries (LMICs) across Africa and Asia as part of an initiative by the Alliance for Health Policy and Systems Research (the Alliance) at the World Health Organization (WHO) and the United Nations Children’s Fund (UNICEF), with funding from Gavi, the Vaccine Alliance. In this initiative, decision-makers were engaged to lead research studies that aimed to strengthen the implementation of immunization programs and services in their countries. Based on our experience, we believe that there is much potential for the engagement of decision-makers in implementation research. This engagement is important so that research can be used to inform the implementation of programs and services to achieve better health outcomes, such as increases in immunization coverage, and become a routine part of decision-making processes (a concept we refer to as the “embedding” of research).

We know that immunization works. Every year, it saves more than three million lives and has been responsible for over a 70 percent reduction in new measles cases in the last two decades. Despite this, WHO and UNICEF report that nearly 20 million infants around the world did not receive their third dose of Diphtheria, Pertussis and Tetanus vaccine. So, why is it that – even though there is a safe, cost-effective vaccine to protect against these diseases and programs and services in place to deliver them – there are still so many children left unprotected? How can we strengthen the programs and services in place to reach these children with life-saving vaccines?

The answers to these questions are complex. Some of the factors that influence immunization coverage include the level of vaccine hesitancy, whether there is access to immunization services and trained health workers, the presence of a functioning supply chain, and the availability of quality data to know who has already been reached and where gaps remain. However, the factors at play depend on the country and context, and it is not always known what they are or what can be done about them. That’s where implementation research comes in. Implementation research (IR) can be used to uncover which factors are most likely to be causing interventions (including policies, programs, and services) to fall short of their goals and point to potential solutions that may be used to get them back on track. As such, IR has a major role in informing strategies to improve immunization coverage.

Who should be involved in Implementation Research?

However, just having more implementation research does not necessarily mean that it will be used to improving immunization programs and services on the ground. How we do implementation research, including who we involve, is important. While researchers alone often produce important evidence about implementation, their lack of involvement in everyday implementation and decision-making processes means that the questions they focus on and the solutions they explore may not always be the most pressing or feasible in a given context.

The response was overwhelming: a total of 125 teams of decision-makers and researchers expressed interest in doing this type of decision-maker-led research. The DELIR initiative was able to support 14 projects from 10 countries in Asia and Africa. The selected implementation research studies spanned diverse issues from vaccine hesitancy to the delivery of vaccines in urban slum areas. Several of the studies supported by this initiative are highlighted in the supplement.

Reflecting on our experience with the DELIR initiative, we note the overwhelming interest and positive experience of decision-makers and researchers in this collaborative approach to research. The considerable number of applications received in response to the calls and the reflections of the research teams engaged in the projects indicate this. Through this initiative, we demonstrated that decision-makers can successfully lead and be meaningfully engaged in the research process.

Our work further shows that this engagement of decision-makers has many potential benefits. Both researchers and decision-makers reported that such engagement resulted in research that addressed a current problem being faced by a decision-maker. Having a decision-maker on the research team also tapped into their insider knowledge – the knowledge only known to those working within a health system – and brought a practical perspective to the projects, helping to integrate the research within implementation processes and leverage local networks and resources. The result: research findings that were described as relevant, useful, applicable, and acceptable to informing implementation of the immunization program and service.

The use of the research findings from the projects was also apparent. Research teams from many countries – including Chad, Ethiopia and Nigeria – described how their findings had been used to inform program and service implementation. Several of the teams also noted perceived changes or ongoing activities resulting from the project, suggesting that decision-maker-led research can be used to strengthen implementation and produce sustainable progress towards the greater embedding of research within decision-making processes.

The studies highlighted in this supplement are examples to show that the engagement of decision-makers and embedding of implementation research can add significant value to programs and services, specifically those for immunization. Our hope is that funders and national governments recognize the importance of investing in decision-maker-led implementation research as a part of routine programs and services. We invite them to engage with us in efforts to support this type of work and strengthen the capacity of decision-makers and institutions towards the greater embedding of research.

The authors acknowledge the contribution of Jeff Knezovich and Geetanjali Lamba from the Alliance for Health Policy and Systems Research towards the development of this blog post. Zubin Shroff is a staff member of the World Health Organization, he is himself responsible for the views expressed here which do not necessarily represent the views, policies or decisions of the World Health Organization. 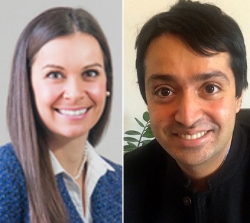 Zubin Cyrus Shroff, MBBS SD, is a Technical Officer at the Alliance for Health Policy and Systems Research, WHO.