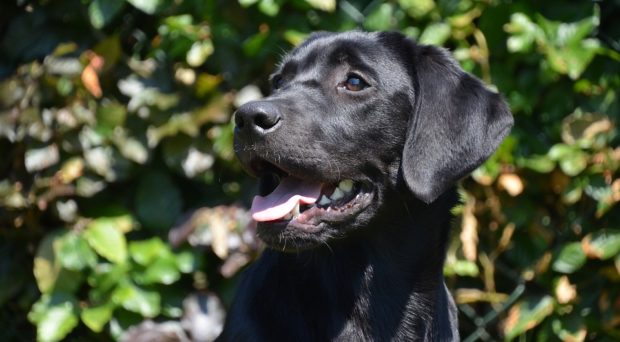 We found strong subpopulation differentiation in all of these breeds, which corresponded either to the geographic origin or the specialized breed lineages within the breeds. While we were expecting to see some differentiation, especially as the populations in some countries are based on a rather small number of founders, it was surprising to see how distinct these subpopulations were genetically and how rapid the genetic differentiation in some breeds had been. For example, the so-called herding lineage of the Finnish Lapphund has differentiated from the companion lineage in mere three decades without any geographic barriers, just driven by diverging kennel preferences.

Our observations have both practical as well as more philosophical outcomes for kennel practices. Breeding dogs to fulfill given breed ideals will, by definition, result in loss of unwanted variation and is the basis for breeding in all domesticated animals. In general, breed differentiation and uniformity is not bad as such, but many breeds are small by default and are in danger of suffering from the accumulated effects of inbreeding depression over the generations. Specialized lineages do not need to be abolished, but the breed organizations should be more proactive in mixing the dogs between the lineages or between closely related breeds. While the maintenance of specialized lineages might be justified in, for example, working breeds, the majority of phenotypic differentiation of breeds serves only our desire to create specialty.  Furthermore, many of these specialty characteristics, such as coat color or type, are recessive single-gene traits. The recessive phenotypes can be obtained from planned crossings of heterozygous individuals, which can be identified with the help of genetic testing. It needs to be kept in mind that dog breeds result from man-made criteria, whose justifications for breeding should be critically evaluated and diverse breeding options preferred over narrow ideals.

In contrast to the wide-spread ideals of discrete, tightly defined breeds, there are some breeds such as the Nordic Spitz or Norrbottenspets, whose breeding attempts to mimic the natural selection operating in feral dogs and can be seen as an example of a paradigm change in kennel practices. This small hunting breed is maintained in Finland by strict limits on inbreeding, limiting the number of pups per sire to 30, having an open stud book and emphasizing working hunting dogs over looks or qualifications in dog shows, while requiring compulsory health checks for the breeding dogs. Despite being once close to extinction, it is at the moment one of the most genetically diverse dog breeds in the world.

Our study is also an example how commercially obtained genome data can be utilized to provide valuable information on subpopulation differentiation and genetic diversity of dog breeds. Data helps us also to understand the genetic relationships and ancestral gene flow among the contemporary dog breeds, which are often speculated among the breed enthusiasts.

From a more general perspective, the combined effect of population bottlenecks and selection on genetic differentiation are amazing to see in action. Although widely known, the fact that most dog breeds with their amazing phenotypic variation have emerged mostly during the last 200 years is perhaps still an under appreciated example of evolutionary forces in action. Understanding of the genetic differentiation in dog breeds might provide interesting insight into the evolution of natural populations, such as adaptive radiation of species or speciation from a few founder individuals on remote island habitats. Similarly, the rapid differentiation of dog breed subpopulations, accompanied by the loss of genetic diversity, underscores the impact of habitat loss and fragmentation on the population genetics of endangered species. The dog subpopulations with relatively few breeding individuals emulate closely the situation of many spatially dispersed populations of endangered species. Dogs could also offer practical, controlled models to study the effects of genetic rescue of endangered populations and help to device practices regarding the number of transferred individuals and required genetic differences to achieve the desired goals for the rescue.

Directional breeding is a powerful tool, which humans have applied for millennia to sculpt animals and plants alike. However, with power comes the responsibility to not do harm. Our greatest animal companions deserve us to see them in a broader view. 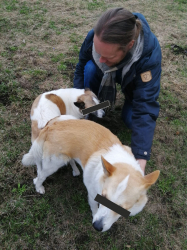 Jaakko Pohjoismäki is a senior researcher and PI at the Department of Environmental and Biological Sciences, University of Eastern Finland. His main research focus is molecular cell biology, especially mitochondrial DNA maintenance, but he is also deeply interested in other topics of biology, in which he publishes, too. His interest in canine genetics stems from his extracurricular activity as head of the breeding advisory board for the Nordic Spitz in the Finnish Spitz club. https://orcid.org/0000-0002-1185-3610
(photo credit: Petri Paldanius, used with permission)

Jaakko Pohjoismäki is a senior researcher and PI at the Department of Environmental and Biological Sciences, University of Eastern Finland. His main research focus is molecular cell biology, especially mitochondrial DNA maintenance, but he is also deeply interested in other topics of biology, in which he publishes, too. His interest in canine genetics stems from his extracurricular activity as head of the breeding advisory board for the Nordic Spitz in the Finnish Spitz club. https://orcid.org/0000-0002-1185-3610
(photo credit: Petri Paldanius, used with permission)