The third Global Virus Network Meeting is going to be held in Naples from 07 to 09 June.

The GVN was established in March 2011at the Italian Embassy in Washington DC  by Drs. Robert Gallo of the Institute of Human

Dr. Luigi Chieco-Bianchi, Drs. Franco and Luigi Buonaguro, and members of the Italian GVN Center will host the 3rd bi-annual meeting of the Global Virus Network in Naples, Italy, June 7-9, 2012 at the Grand Hotel Parker’s.

A late 19th-century gem situated on a hill overlooking the city and the Bay of Naples, the Grand Hotel Parker’s provides excellent meeting accommodations, one of the best restaurants in the city, a fitness center and a spa. Hotel guests may visit the library at the hotel, complete with 700 books dating back to the end of the 19th-century and the start of the 20th century. 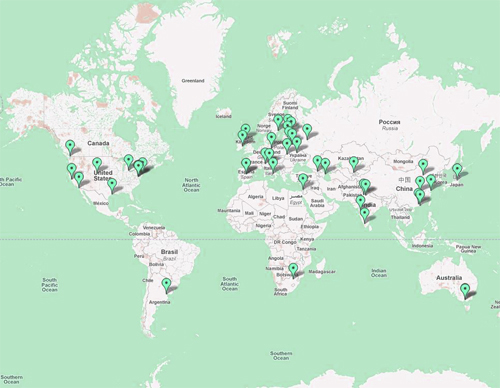 "This is certainly without doubt the most timely and scientifically-important meeting that we have had yet," said Dr. Robert Gallo, Scientific Director of the GVN, "and our Italian colleagues have arranged for a historic location for what will be a significant meeting in the development of the Global Virus Network."

There are a number of new GVN centers who will present on their areas of virology expertise as well as some existing centers which have had significant reorganizations and will explain these to the group. For the scientific lectures, there will be an emphasis on pandemic influenza and zoonotic viral networks, although many different areas of viral research and disease will be included.

A gala dinner in Benevento, rich in history and culture, presents a pleasant change to the traditionally busy and heavily touristed areas of Naples and the Amalfi Coast. The city provides an opportunity to experience a small slice of a more typical southern Italian town. In its unique combination of mountains, ancient ruins, and rural setting, GVN delegates can absorb daily life in the Campania region.