Mark Jobling chooses to dedicate his column in Investigative Genetics this month to the 120th anniversary later this year of the birth of J.B.S. Haldane, a pioneer of theoretical genetics. As a  paradigm to Haldane’s own academic experiences, Jobling compares his son’s recent departure to university, entering the same institution as Haldane exactly 100 years later. 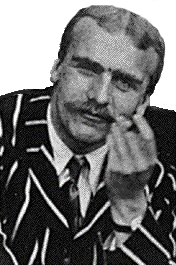 Over the course of his varied career, Haldane provided numerous exceptional insights into physiology (often participating in his own highly dangerous experiments, one of which resulted in him gaining the ability to blow tobacco smoke through his own perforated ear drum), evolutionary biology and genetics. Among many other achievements Jobling highlights, he notably worked alongside Sewall Wright and R.A. Fisher to reconcile Darwin’s theory of natural selection with Mendel’s rules of inheritance through mathematical population genetics; he was the first to propose that the high incidence of sickle cell anemia was due to a heterozygote advantage in malaria resistance; and he relatively accurately estimated the human mutation rate for the X-linked hemophilia gene long before the days of next generation sequencing technology. Indeed, equally impressive was his ability to popularize science through his own scientific essays, which proved to be both accessible and entertaining not only to scientists, but others alike.

This month’s column leads Jobling (and us) to wonder what Haldane would make of recent technological advances and revelations, and where his interests would lie in today’s scientific age. Jobling concludes that Haldane himself pointed out the difficulty of predicting what his own answer may be, in famously stating that ‘the unexpected always happens’.