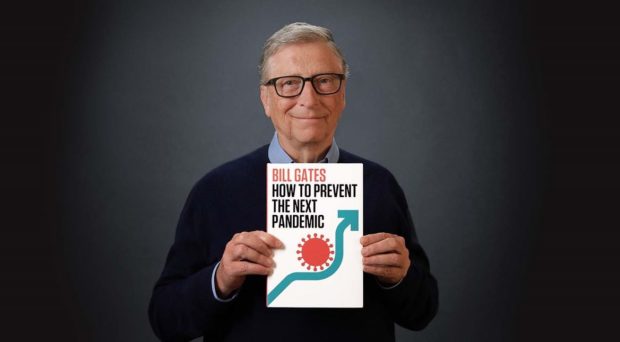 I was recently traveling abroad with family this summer. Two days after arrival, we woke up with sore throat and fever, having contracted COVID-19. I obviously overestimated the immune protection provided by two doses of mRNA vaccine, and previous exposures, and underestimated the infectiousness of this pathogen, and made the mistake of not wearing a mask during our transcontinental trip. Fortunately, none of us ended up in the hospital or worse, but we had to spend a week out of our trip in isolation. Quite ironically, I spent some of this time reading the book I took with me, titled “How to Prevent the Next Pandemic” by Bill Gates.

I found this book to be interesting and useful, and I learned quite a few interesting tidbits. It’s style is easy to understand, and mostly avoids hard-to-understand jargon. There are valid and clear, if simplified, descriptions of acquired immunity and the regulatory processes of both vaccinations and therapeutic drugs. I have never thought about the differences in regulations between these two sets of pharmaceuticals, but it makes sense that vaccines need to be regulated even more stringently as they are administered to healthy as opposed to already sick people. True to Bill Gates as a technologist, the book provides many descriptions of different technologies that have great potential to improve pandemic prevention and response, such as the Nexar high-throughput PCR machine that can process 150,000 test per day. He does spend a bit too much emphasis on technological solutions for my taste, and not enough on the sociological, cultural, political and philosophical issues that are crucial to understand to see if people would be even comfortable using the technologies, but that’s not surprising coming from him. He expresses deep support for disease modeling as a tool and profession, which makes sense given how the Institute for Disease Modeling is part of the Bill and Melinda Gates Foundation, and funded the Institute for Health Metrics and Evaluation at the University of Washington. An entire chapter of the book focuses on non-pharmaceutical interventions, such as masks and social distancing, and provides many good ideas, but also talks about the drawbacks of some interventions, such as border closures and the impact of school closures on the socio-psychological development of children. It was interesting to see that, despite his personal role in the development of personal computers, Bill Gates does not advocate for a widespread shift to online learning, and acknowledges the importance of in-person teaching and interactions for students of all ages. However, in the Afterword, he focuses on how the world of work may change during and after the pandemic, with increased options for remote work across large sectors of industry.

The main idea of the book is presented in Chapter 2, and subsequent chapters provide supporting evidence for this main idea. Bill Gates advocates for the creation of a global pandemic prevention team, which he calls GERM (Global Epidemic Response and Mobilization), whose purpose would be to make sure the world is ready for the next outbreak, and improve pandemic preparedness globally. The idea is loosely based on existing teams organized to coordinate polio surveillance and vaccination in endemic countries, called Emergency Operations Centers (EOCs). While these EOCs are focused on polio, they can be reoriented and repurposed to focus on an emerging pandemic pathogen, such as SARS-CoV-2, or Ebola virus previously. GERM would be under the mandate of WHO, and would only require $1 billion a year to employ a staff of 3,000 to coordinate pandemic surveillance and preparedness at a global level. While we might assume this is already happening at WHO, that is not the case, according to Gates, and WHO does not have the required funding for such a program at sufficient scale. He does mention GOARN (the Global Outbreak Alert and Response Network) as the most similar existing system, but it is functioning on a volunteer basis. I was surprised and disappointed that he did not mention or include ProMed, where at least I saw the first report on what later turned out to be the COVID-19 pandemic, so then I’m not sure what else is there that he might not be aware of. In general, I found the idea of GERM to be interesting, and would definitely improve our pandemic preparedness, but it makes me wonder why we didn’t have it previously. The WHO is notoriously underfunded, and individual countries are unlikely to take kindly to interference from a WHO team into their own internal surveillance and pandemic preparedness. I even wonder if some countries would be reluctant to share information publicly on their pandemic preparedness (or lack thereof) to shield it from their adversaries. However, if anyone, the Bill and Melinda Gates Foundation does have the deep pockets to get such a team going, even on their own, and once it’s value is demonstrated, perhaps the WHO or other countries would pick up the tab.

One interesting tidbit in the book had to do with the ethical issues surrounding the Seattle Flu Study and their detection of SARS-CoV-2 on tests taken for other purposes in February 2020. Without getting into much detail, the Seattle Flu Study was established (as it’s name suggests) to collect samples for influenza surveillance and genomic sequencing in the Seattle area. When COVID-19 started spreading in the US, some of the scientists made their own in-house PCR tests for SARS-CoV-2, and ran some of the samples collected to test for the flu for this new pathogen instead. The ethical dilemma struck when one of their samples came back positive. Genetic analysis suggested that the virus they sampled and sequenced was related to the virus in the first COVID-19 patient detected in the US in the Seattle area, and that many times more people were actually infected (and potentially infectious) than the known number of cases in the area. The ethical dilemma was that the samples were collected to test for the flu, not SARS-CoV-2, and that the in-house PCR test for SARS-CoV-2 was only approved for research, not for medical diagnostic purposes. Nonetheless, the researchers went ahead with announcing their discovery, making all of us (including myself) suddenly aware that this pandemic is already out-of-control in February. This led to a cascade of decisions such as closing campuses before the end of Winter quarter, protecting untold numbers of people from getting infected. While this made Trevor Bedford one of my personal heroes, it was quite interesting to read the backstory I didn’t know in this book.

One of the other interesting ideas that Bill Gates argues in this book is that preparing for the next pandemic and dealing with current problems is not contradictory but complimentary. There have been a lot of coverage (including here at Bugbitten) on how shifting focus and resources to COVID-19 took away those same resources from endemic chronic conditions such as HIV, malaria, TB and many others. Gates argues that should not necessarily be the case, and that pandemic preparedness (as opposed to response) can also benefit local health systems, such as increasing routine surveillance and monitoring. Gates also decries the lack of good preparation for pandemics, in contrast to e.g. armed conflict, and that very few countries (e.g. Vietnam) choose to spend time and money on conducting full-fledged pandemic simulations that would reveal flaws and lead to improvements. Most countries (including the United States) stop at conducting table-top exercises, which don’t lead to improved outcomes, even tough they already reveal dysfunction on delegating roles and responsibilities (e.g. between the states and the federal government). He also focuses on closing the gap between rich and poor countries in health outcomes and vaccine coverage, and provides good evidence of the enormous progress that has been achieved (with partly his help) in the last 50 years.

He makes good arguments for making plans to prevent pandemics, focusing on four steps, which are (1) making and delivering better tools; (2) building the GERM team; (3) Improving disease surveillance; and (4) strengthening health systems. Being quite self-aware, he talks about how he seems to always write about the current big problem, providing suggestions for problems where he might not be the expert. He states that for the moment, he only sees climate change and pandemic risk as the two most important problem of our time. However, unfortunately he does not connect the two, as climate change can and does lead to an increased risk of pandemics. Finally, he argues that we shouldn’t let society and policy-makers forget about the COVID-19 pandemic, as we did after the 1918 Spanish flu, but instead learn from the mistakes we made and be better prepared for the next one. As part of that preparation, I can wholeheartedly recommend his book on “How to Prevent the Next Pandemic”.