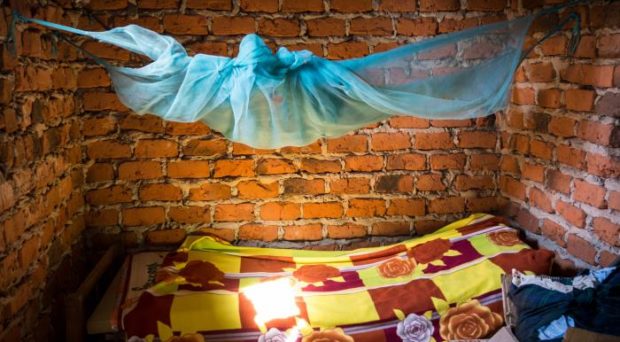 Children especially in sub-saharan Africa are most vulnerable to Malaria. In 2019, the percentage of total malaria deaths among children under five was 76%, an improvement from 86% in 2000. At the same time, the use of Insecticide-treated bed nets (ITNs) for this age group increased from 3% to 52%.

Sleeping under a bed net protects from mosquito bites. When used correctly, bed nets can reduce malaria cases by 50%. They are recommended for any person in a malaria endemic area but especially children and pregnant women, the latter because bed nets improve pregnancy outcomes.

Over time, people who live in a Malaria endemic areas acquire an “essentially complete protection from severe ill-ness and death“, but not from mild and asymptomatic infections. Though important advances have been made in our understanding of how immunity to Malaria works, many questions remain.

In the 1990s, there were proposals that bed nets may “reduce immunity” and simply shift deaths from malaria to an older age, possibly “costing more lives than they save”. In addition, findings suggested that bed nets reduce antibodies important in the acquisition of immunity to Malaria. It seems to remain unclear weather later or fewer / less frequent exposure to the Malaria pathogen has the same effect on the acquisition of an immunity (e.g. study in Malawi) or not.

Earlier studies have already suggested that the net outcome of ITNs is a positive one; however, those studies covered a maximum of 7.5 years (Burkina Faso, Ghana and Kenya). This also holds true after about two decades, as demonstrated by a recently published study from Tanzania, in which bed net use by more than six thousand children born between Jan 1998 and Aug 2000 was observed from 1998 through to 2003. Survival rates of the children were recorded in this period, as well as in 2019.

The data collected reconfirms that bed nets reduce mortality of children under five. Moreover, the mortality thereafter of those participants who had survived their fifth birthday was also lower when they had slept under a bed net. Most prominent was the benefit of bed nets in the comparison of participants who, as children, reportedly always slept under a bed net to those who never did.

In conclusion, we can now more safely assume that bed nets save lives in the long term.