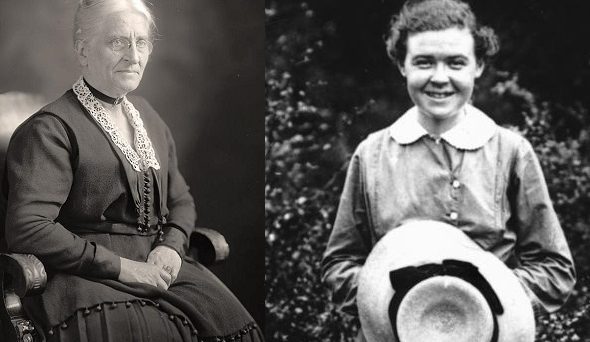 Clara Southmayd Ludlow was born in 1852 in Pennsylvania, USA. Dr. Ludlow became an expert in mosquito taxonomy and published around 53 scientific papers, 20 of which, all on mosquitoes, were published during the time she was at George Washington University. Some of her most relevant work focuses on the description of mosquito species. In 1905, she described the morphology and the differences between males and females of Taeniorhynchus sierrensis (now in the genus Aedes), collected from three different rivers throughout the USA. She also described Aedes albopictus as Stegomyia scutellaris var. samarensis, not knowing that Frederick A. A. Skuse had already published a paper describing it as Culex albopictus. However, the presence of this mosquito in the Hawaii islands was confirmed because of Dr. Ludlow’s studies.

She also described Anopheles perplexens in Pennsylvania and worked on mosquitoes from the North and West Indies and the Philippine Islands, where she described those mosquitoes that serve as disease vectors, as well as the life-cycles and breeding preferences of different Culicinae and Anophelinae mosquitoes. Dr. Ludlow was honored by her peers by becoming the first non-physician and woman member of the American Society of Tropical Medicine and Hygiene (ASTMH) in 1908.

Maria Tonelli-Rondelli was born Maria Rondelli in 1899, in Turin, Italy. The main entomological contribution of Ms. Tonelli-Rondelli was the study of ticks (Ixodidae), especially South American species. She was one of the first researchers to propose that Amblyomma cajennense was a species complex, described new species of Amblyomma, such as Amblyomma latepunctatum and Amblyomma romitii and verified the validity of species such as Amblyomma mixtum, Amblyomma tenellum and Amblyomma sculptum. However, in 1953, Aragão and Fonseca considered that her work was erroneous, declaring that the morphological characters used as differential criteria by Ms. Tonelli-Rondelli were due to intraspecific variability between specimens. Consequently, all the taxonomic names given by Ms. Tonelli-Rondelli at that time were considered synonymous. This debate continued and strengthened over the years since other researchers were not in favor of Ms. Tonelli-Rondelli’s findings either; for example, Vogelsang and Santos Dias proposed that Amblyomma aureolatum (under the name A. striatum) was a synonym of A. ovale.

In 2013, Beati and colleagues found molecular differences between the species included at that time in the Amblyomma cajennense group, separating them into six geographically defined groups. Their study validated the work of Ms. Tonelli-Rondelli, and the authors concluded that A. cajennense is a complex of species.

Mabel Josephine Mackerras was born Mabel Josephine Bancroft in 1896, in Queensland, Australia. Dr. Mackerras authored and co-authored approximately 86 papers on several different topics, mostly within the Diptera and Blattodea, but also on hematozoan parasites of Australian vertebrates, nematodes in animals and diagnosis and prevention of salmonellosis in children. Among some of her most relevant contributions in field of medical entomology are from her research on malaria and experimental infections in volunteer army personnel (during WWII). In these experiments, she bred adults of different species of Australasian anophelines, infected them with human malaria parasites and studied their susceptibility to infection and behavior in captivity, as well as the life-cycle of the parasite. She also played an important role in the collection and classification of mosquitoes to find the vector of the Murray Valley encephalitis virus, which finally led to the isolation of the virus from Culex ermutirostris specimens.

Brouria Feldman-Muhsam was born in Jerusalem, Palestine (currently Israel) in 1916. Throughout her productive career (she published more than 100 scientific papers), some of her most notable work focused on tick ecology, physiology and mating behavior. Dr. Feldman-Muhsam was also an extraordinary tick and mite taxonomist.

Ana Esther Hoffmann Mendizábal, also known as “Anita” Hoffmann, was born in Puebla, Mexico in 1919. Dr. Hoffmann was a pioneer in the study of mites and arachnids in Mexico, although she worked on a variety of topics in the fields of parasitology and entomology. She wrote over 130 articles and 10 books. Throughout her career of 50 years, Dr. Hoffmann collected over 100,000 mites, 400 spiders, specimens from 13 families of diplopods and chilopods and various other ectoparasites. She donated this collection to the Institute of Biology of UNAM, which became the largest collection of mites in México, and incorporated it into the World’s Index of Acarology collections.

Jadwiga Złotorzycka was born in 1926 in Warsaw, Poland, but grew up in Lviv, Ukraine. Dr. Złotorzycka was an expert in the taxonomy of chewing lice (“mallophaga”), and her most important contributions focused on the biology, morphology and taxonomy of chewing lice species of birds. Overall, Dr. Złotorzycka published close to 100 scientific papers, most of which were written in Polish, while others were published in German and English. She also produced six identification guides, a catalog and a monograph on Polish chewing lice. Moreover, she published at least 18 systemic reviews and expanded the zoological collection of the Museum of Natural History by depositing 717 specimens of chewing lice (124 species) in their collection.

(Note: The text in this blog post republishes selected excerpts from the review article by Adriana Troyo, María Paula González-Sequeira, Mónica Aguirre-Salazar, et al. published in Parasites & Vectors. The author of this post simply selected and arranged the excerpts).