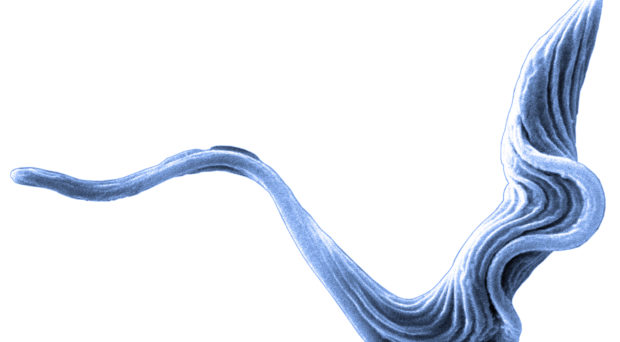 Much progress has been made over the last two decades to reduce the burden of protozoan parasitic diseases on global health. In September 2016, Sri Lanka was declared free of malaria, a considerable achievement that offers hope for other nations to follow suit. Reported cases of human African trypanosomiasis (known as HAT or Sleeping Sickness), once a major cause of death in sub-Saharan Africa, has fallen by 85% since 2000 and there is anticipation that, with continued efforts, this disease may be eliminated by 2030. However there remain significant challenges to the control of this disease including numerous animal host reservoirs of the causative agent Trypanosoma brucei and a lack of safe drugs that are easy to administer in the field.

The outlook is much less optimistic for leishmaniasis and Chagas, tropical diseases which are caused by close relatives of the T. brucei parasite.

Leishmaniasis is a spectrum of conditions caused by infection with Leishmania spp. parasites, which are transmitted by a sand fly vector. Depending on the species of parasite, infection can result in either unsightly and stigmatising skin lesions (cutaneous leishmaniasis or CL) or a potentially fatal infection of the liver and spleen (visceral leishmaniasis or VL). The disease is endemic in many parts of the developing world and is closely linked with extreme poverty.

Across the Middle East there has been a sharp increase in cases of CL (also known as “Aleppo Boil”) due to conflict, loss of healthcare infrastructure and mass population movement.

There are few drugs available for leishmaniasis and in many regions the treatment of choice remains multiple painful injections with a toxic compound based on the heavy metal antimony. One study in Suriname, South America, found that an alarming 76% of CL patients had attempted self-treatment of skin lesions using household chemicals, battery acid and even gunpowder, prior to seeking medical help.

Chagas disease is caused by infection with another parasite related to T. brucei – Trypanosoma cruzi – which causes an initial acute phase in which the patient experiences non-specific symptoms such as fever and malaise. If untreated, an estimated 30% of patients will go on to develop chronic disease characterised by chronic complications which may progress over a number of years.

While Chagas has traditionally been described as a vector-borne disease (transmitted by triatomids or Kissing Bugs), researchers suggest this should now be recognised as a foodborne disease due to the ability of infective T. cruzi parasites to survive and be transmitted in contaminated drinks such as fruit juices. Chagas is emerging as one of the major causes of heart disease in South and Central America but to date there are no truly effective drugs for the chronic phase of infection.

Development of a new drug

It is therefore very welcome news that a recent study has identified a new lead for the development of new drugs against the parasites causing HAT, leishmaniasis and Chagas.

This study was initiated by the testing of a library of a staggering 3 million compounds to identify which were able to kill parasites grown in culture, an approach known as phenotypic screening. Following testing on human cell lines and multiple steps of refinement, a single compound was identified which had activity against a panel of parasites in vitro and, most critically, could clear infections in rodent models without harm to the host.

How does it work?

In order to find out how this potential drug was killing parasites, the researchers cultivated T. cruzi in the lab in the presence of sub lethal doses of the lead compound GNF6702. By slowly increasing the dose given, they were able to select for populations of parasites which had undergone mutations able to confer resistance to the compound. While it may seem counter-productive to produce resistant lines to a new drug, identifying the target of the compound will enable chemists to model the interaction between the drug and the interacting parasite molecule and hopefully improve both selectivity and potency.

The researchers therefore compared the genomic sequence of these strains with that of the original parasites. Genetic changes that conferred resistance were pinpointed to part of a large protein complex known as the proteosome. The proteosome has an important function in degrading waste materials in eukaryotic cells and works in a similar way to a paper shredder. Unwanted proteins are tagged with a small molecule, ubiquitin, which acts as a sorting signal for degradation.

These ubiquitinated proteins are passed through the cylindrical structure of the large proteosome complex in which they are broken down into small peptide chains and ubiquitin. These breakdown products pass out of the complex and their component parts can then be recycled by the cell.

Although both host cells and parasites have a proteosome, GNF6702 was able to inhibit only the parasite complex, thus clearing the infection without harming the host. Further experiments showed that following treatment with GNF6702, parasites had a large accumulation of proteins that had been tagged with ubiquitin but had not been degraded, therefore confirming the proteosome to be the target of the compound.

Three for the price of one?

Media coverage of the study highlighted that one compound was able to treat all three diseases; however the authors stress the need for further research. The use of a single compound for all of these diseases would not necessarily be an advantage as the parasites reside in different environments within the host and a range of formulations will likely be required for optimal targeting.

New drugs for HAT need to be able to penetrate the blood-brain-barrier as T. brucei resides in the central nervous system. Visceral leishmaniasis requires a systemic treatment whereas cutaneous leishmaniasis could potentially be targeted with a topical cream. Treatment of chronic T. cruzi remains a huge challenge as there are very few slow-growing parasites in disparate locations during this stage. Proliferation rate of the parasites may also vary in different locations, which is known to affect sensitivity to some drugs.

Development of GNF6702 into a drug suitable for clinical use will require considerably more refinement but the findings from the study provide a much needed lead for new therapeutics against these neglected diseases.