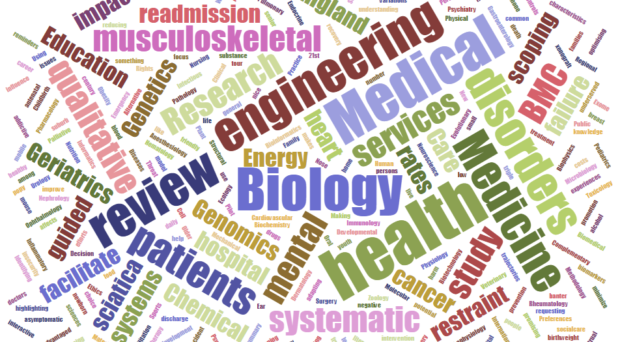 These days, we are exposed to a number of sources of fluoride, including water (naturally occurring or added artificially), food that has been exposed to fluoride (particularly through the use of pesticides) and dental products (toothpaste, mouthwash etc). High levels of fluoride exposure can lead to a number of health problems, for example, skin conditions, such as acne; heart problems; high blood pressure and osteoarthritis.

The degree of fluoride exposure can be measured using biomarkers, substances that can be used to examine changes in the body that may lead to health conditions or disease. Here, Elekdag-Turk et al, have used toenail and hair samples as biomarkers for fluoride exposure. Toenails and hair are considered to be particularly suitable as they are collected in a non-invasive way and the concentration of the fluoride is believed to represent the average level of fluoride intake and concentration of the trace element on the blood over an extended period of time.

Results showed that the mean fluoride concentrations found in both biomarkers were significantly higher in the endemic fluorosis region compared to the endemic fluorosis region. The fluoride assay for big toenails were found to be more accurate than that for hair, leading the authors to conclude that both nail and hair samples can serve as biomarkers for fluoride exposure but bog toenails are better.

The question of whether someone should be assisted in committing suicide due to existential suffering has been brought into sharp relief by the case of Noa Pothoven, who after a number of years suffering mental illness, ended her own life after a request for assisted suicide at a clinic in the Netherlands had been refused. In Switzerland, people can be granted access to assisted suicide as long as they perform the act themselves, are able to make their own decision and they do not have a selfish motivation for doing so.

In Switzerland, people can be granted access to assisted suicide as long as they perform the act themselves, are able to make their own decision and they do not have a selfish motivation for doing so.

However, existential suffering as a reason for assisted suicide is seen as somewhat controversial, difficult to define and, as yet, there is no consensus on how evaluate and manage it.

Gaignard and Hurt have recently published an article in BMC Medical Ethics on how care professionals and volunteers from a “right-to-die organization” think about existential suffering being used as a reason for assisted suicide requests. They conducted face-to-face interviews with 26 care professionals. The participants described existential suffering in a number of different ways, sharing stories on physical decline, loneliness, loss of hope and fears of being a financial burden. A common topic was how older and vulnerable people are perceived in society.

Electronic (e) cigarettes are generally perceived to be better for you than conventional cigarettes and have been used by many as a tool when trying to give up smoking. However, there have been a number of cases of nicotine intoxication, a few with fatal consequences.

BMC Pharmacology and Toxicology reports a case study describing a near fatal intoxication of an e-liquid including follow-up of the patient once they had recovered. The patient in question was a 51 year old man who was admitted to the Emergency Department after injecting himself intravenously with e-liquid in a suicide attempt. He was initially very agitated but then fell into a coma, after which he needed mechanical ventilation. The patient then went on to show neurological symptoms, including tetraparesis (muscle weakness) and Myoclonus (involuntary muscle twitches) due to nicotinic syndrome, a condition that develops when the nicotinic receptors in the brain are over-stimulated.

Seven hours after he had injected himself with the e-liquid, the patient began to recover, being able to breath on his own again and gradually regaining consciousness. The patient was subsequently discharged after a psychiatric evaluation and was followed up at an out-patient clinic.

The take home message from this case study is that even a small amount of intravenous e-liquid can lead to acute intoxication and death due to the toxic effects of nicotine. It is hoped that this case may help emergency doctors treat similar cases in the future.

The image of the month is taken from an article by Bright et al titled “The multifactorial nature of beak and skull shape evolution in parrots and cockatoos”, and shows shape data for a number of different bird skulls.

BMC Energy is excited to announce the publication of its first clutch of articles. The journal is the latest in the family of physical science journals launched recently as part of the BMC series. An editorial accompanying the launch describes the scope of the journal and how it plans to serve the energy research community.