Falls are a major public health concern and a leading cause of unintentional death around the world. In the United States, falls are the leading cause of injury—both fatal and non-fatal—in older adults. The Centers for Disease Control estimates that over one quarter of adults over 65 fall each year and around one-fifth of falls leads to serious injuries like head injuries, hip fractures, and broken bones.

While increased age is a key risk factor for falls, other factors contribute as well, including chronic disease, vision loss, and sarcopenia (muscle loss). Falls Prevention Awareness Week occurs each year not only to educate people at risk of falling to reduce their risk, but also to remind the general society that falls can be avoided during aging. Regular exercise and activity promote muscle strength and balance thereby reducing the likelihood of falling. In a study published in April, Nan-Ping Yang and colleagues at National Yang-Ming University measured the hand grip strength and leg muscle mass of 1,067 older adults and surveyed their exercise habits.

Fifteen and one percent of the participants surveyed experienced a fall within the previous year. They had lower average grip strength and exercised less than those who had not fallen. Interestingly, a significant difference in leg muscle mass between the fall group and the non-fall group was not observed, a result in contrast to previous studies associating sarcopenia with increased fall risk.

…men with greater comorbidity, higher levels of pain, and poor balance were at higher risk for falls, while incontinence, more depressive symptoms, and never having married were associated with higher risk for women.

In another study looking at fall risk factors, Catharine R. Gale and colleagues at the University of Southampton identified how risk factors differ between men and women. They used data from 3,298 participants (1,515 men and 1,783 women) enrolled in the English Longitudinal Study of Aging, which assessed participants’ physical function every 4 years. Seventeen physical and cognitive risk factors predicted falls, but the only risk factor associated with falls in both men and women was older age.

Upon sex-specific analysis men with greater comorbidity, higher levels of pain, and poor balance were at higher risk for falls, while incontinence, more depressive symptoms, and never having married were associated with higher risk for women. Interestingly, women were more likely than men to report feeling higher levels of pain, but pain was only linked to increased falls risk in men. This finding may be because women with pain are more likely to use mobility aids than men.

“Well, you know, this person’s old. Of course they’re going to fall.”

One type of barrier identified were “Restrictive Organizational Mandates & Policies”, which were related to policies regarding funding and schedules of available services. At one site, transportation funding was restricted for people interested in attending strength and balance training sessions.

Researchers asked participants to discuss strategies to overcome the barriers they faced. The overarching theme of these strategies was collaboration between community stakeholders. They felt that inter-agency partnerships would facilitate the exchange of information about falls prevention activities, hopefully leading to improved promotion and accessibility.

Another major type of barrier the authors found were the “Beliefs about aging and falls” held by some participants. Some viewed falls as inevitable. One participant stated “when they’re frail and elderly, it’s kind of late…” and another said, “Well, you know, this person’s old. Of course they’re going to fall.”

Falls Prevention Awareness Week exists in part to combat this attitude and to change how we think of falls by highlighting effective ways of lowering the risk of falls for older adults. Although falls are common, further research on falls, their risk factors, and strategies for prevention will help to create and improve prevention programs to reduce the number of falls that occur each year. 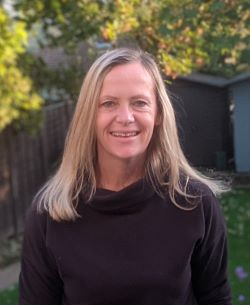 Stephen joined Biomed Central in April 2018 and is the Assistant Editor of BMC Geriatrics, BMC Palliative, and BMC Pharmacology & Toxicology.He completed a Master’s in molecular biology at the CUNY Graduate Center and a BS in molecular biology at University of California, Santa Cruz. Stephen’s graduate research focused on mitochondrial dysfunction in neurodegenerative disorders, using fruit fly and cell culture models.