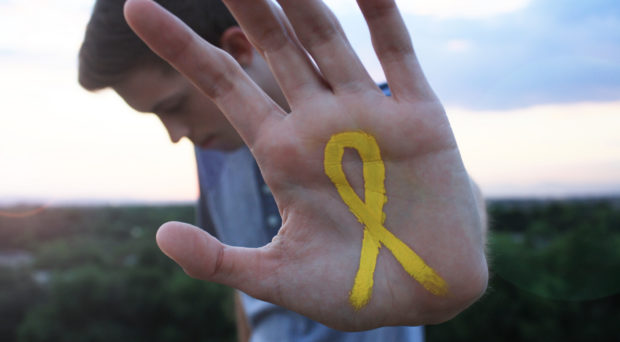 The World Health Organization estimates that over 800,000 people die by suicide each year – that is one person every 40 seconds! But for every suicide, there are many more people who attempt suicide, and many individuals who are impacted by the suicide of a loved one. Suicide is not restricted by age, gender, nationality or income; it occurs throughout the lifespan and in 2015, was the second leading cause of death among 15–29-year-olds. A prior suicide attempt is the single most important risk factor for suicide in the general population, and whilst people with mental health conditions are at higher risk of suicide, many suicides occur spontaneously in response to life events or crisis.

Suicide is a serious public health concern and is preventable. In 2014, the World Health Organization published “Preventing suicide: a global imperative”, it’s first global report to increase awareness of suicide and suicide attempts, and to make suicide prevention a global public health priority. Suicide is a complex issue and therefore effective suicide prevention efforts require multiple constituents. One critical component to suicide prevention is the early identification of those in need, to ensure that they receive appropriate care and support; this is where the social support provided by communities and loved ones can be so vital to a vulnerable individual seeking mental health care.

Access to appropriate mental health care, when and where it is needed, is vital for the prevention of suicide. In some countries mental health care may be harder to access due to geographical or financial restraints. However, even in countries where access to care is ready available many who experience suicidal ideation do not seek help. A number of barriers may prevent those experiencing suicidal ideation from seeking treatment; suicide and mental illness are still heavily stigmatized in many communities, and some groups of the general population are less likely to seek help than others, including young people and men.

Increasing global reliance on technology allows for opportunities to improve mental health care provision; the potential for those who cannot, or choose not to, access traditional ‘face-to-face’ healthcare to be reached by digital methods is possible. To date, this has taken many forms – from doctor-patient consultations via video calling, to the development of sophisticated online and mobile telephone applications. Research examining the effectiveness of digital or eHealth interventions for both preventative treatment and follow-up care is rapidly expanding.

A  systematic review and meta-analysis, recently published in BMC Psychiatry by Katrina Witt and colleagues from Monash University, Australia, examined the effectiveness of digital interventions for the self-management of suicidal ideation or self-harm. The researchers analyzed data from 14 published studies including a total of 3,356 participants. Most of the studies included evaluated online interventions, but two examined mobile phone applications that were designed for people suffering from depression/suicidal-ideation to self-manage their symptoms. The researchers found that despite limitations with many of the published studies design, there is some evidence that digital interventions may be associated with reductions in suicidal ideation.

Another systematic review and meta-analysis, by Mark Deady and colleagues from the University of New South Wales and the Black Dog Institute (Australia), recently published in BMC Psychiatry, evaluated the effectiveness of eHealth interventions for the prevention of depression and anxiety. The researchers analyzed data from 10 published randomized controlled trials, including a total of 4,522 participants. The studies included evaluated online and mobile phone applications, but also other intervention methods such as those using email and/or text messaging to provide support. The review suggests that a range of eHealth intervention programs produce small, but positive, effects on symptom reduction for anxiety and depression in the general population.

In both of these reviews the intervention programs were developed by psychologists/psychiatrists using aspects of cognitive behavioral therapy (CBT), and were found to be beneficial compared with control conditions. However, it should be emphasized that in all studies there is lack of long-term follow up data, and it is therefore unclear whether these interventions may translate to reduced suicide attempts, depression and anxiety in the longer term. The small numbers of studies in both reviews indicate the continuing need to rigorously evaluate the effectiveness of eHealth interventions; despite the ever increase number of digital programs and apps available that are designed to improve and promote mental wellbeing, a clear distinction needs to be made between those designed with a basis in evidence based medicine, such as the studies analyzed here, and those that are not.

eHealth and digital interventions have the potential to reach more people with fewer resources than face-to face care, and may be useful in breaking down some of the current barriers that prevent those in need from accessing mental health care.

If you want to find out more about suicide prevention please see BMC Psychiatry’s dedicated section ‘Causes, treatment and prevention of suicide‘.