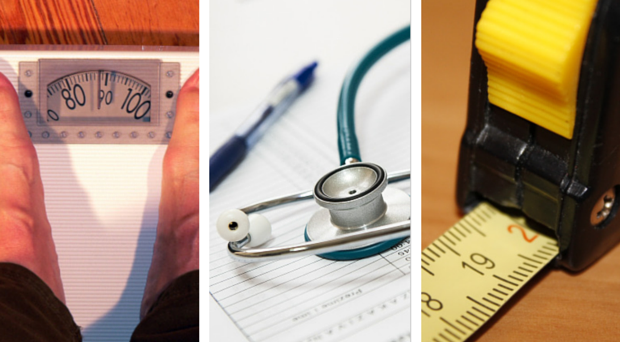 Obesity, evidence based medicine, and metrics were all up for discussion on the blogs this month.

Why leaving academia isn’t turning to the dark side

For many researchers, contemplating continuing their career outside of academia is a daunting prospect, particularly as it can prompt criticism from colleagues. Guest blogger Bryony Graham discussed why leaving research shouldn’t feel like a taboo topic.

Why do we age? (part 3): epigenetic diet

We all know that we’re getting older, but why? And is there anything we can do about it? In the third part of her series for Clinical Epigenetics, guest blogger Professor Monika Puzianowska-Kuznicka looked at the evidence for diet improving age-related health problems through epigenetic mechanisms.

Peer review: do we throw early career researchers in at the deep end?

Should peer reviewers receive training? Should there be accreditation? These topics and more were discussed at a recent BioMed Central roadshow in Sydney, Australia. Sarah Hayes, one of the attendees, gave us her point of view.

Genome editing is the new black

If you have been following the scientific media recently, Genome Biology’s Rafal Marszalek wouldn’t blame you for thinking that these days nobody does anything else but genome editing, and that genome editing was invented yesterday. As it happens, neither is true. But there is no doubt that genome editing is the latest buzz in genomics. With that in mind, Rafal introduced the journal’s latest special issue.

From DNA day to meaningful metrics

DNA Day and the evolution of genetics: DNA Day marks the anniversary of when Watson, Crick, Wilkins, Franklin and Gosling published their papers in Nature on the structure of DNA. Sam Rose reflected on how the field of genetics has branched off, and gave his thoughts on which areas are the ones to watch.

Stillbirth: the elephant in the room: The death of a baby in the late stages of pregnancy is devastating for parents, and the cause often remains largely elusive. Jenny Egar wrote about a supplement published in BMC Pregnancy and Childbirth on both the causes and psychological aspects of stillbirth.

Are metrics meaningful?: How do we measure the impact of research? And are the metrics we measure of value? These questions, and more, were discussed at this year’s COPE European Seminar. Elizabeth Moylan reported on the discussion.

Evidence based medicine: a movement in crisis or just one with a long way to go?: Is evidence-based medicine actually working? Trisha Greenhalgh asked this in an editorial in the BMJ last year and this was the focus of the lively Evidence Live conference in Oxford in early April. From what Dan Shanahan heard at the conference, it seems the answer to this question is: “Sort of”.