This weekend marked the midpoint of the Winter Olympics in Sochi, which like all major sporting events has been plagued in the past by accusations of doping. As usual, the organisers have tried to reassure the world that this Games will be the cleanest yet. But why is doping banned at all?

The reasons for why certain substances are prohibited are complex, but can largely be summarized as a combination of trying to ensure both fair competition and athlete safety. Road cycling – one of the worst-affected sports – has a long history of athlete injury as a result of doping, most shockingly the death of Tom Simpson in the Tour de France nearly 50 years ago. Simpson died of heart failure halfway up the Mont Ventoux, the tragic result of a potent combination of alcohol and amphetamines. That Simpson’s memorial has become a site of pilgrimage for cyclists illuminates the respect athletes hold for those that push themselves beyond the limits in pursuit of sporting greatness, and goes a good way to explaining why young competitors will risk so much to shave the extra half-second off their time.

Trying to understand why people use unregulated substances, what harm it causes, and how to prevent it is therefore an important part of substance abuse research. BioMed Central journals have published such research, including this article in BMC Pharmacology and Toxicology on the  physiological effects of DMAA, a popular but controversial work-out aid that has been associated with several deaths. Although the doses used in the study were 15-30 times lower than those recorded in case studies, the authors concluded that a single dose of DMAA did not affect heart rate, blood pressure or core temperature. Research such as this is important to ensure that decisions relating to substance use and restrictions are based on evidence, not hyperbole.

Interesting results are also coming out of the psychological research. A study published in Substance Abuse Treatment, Prevention and Policy found that an athlete’s intention to dope can be identified using an implicit association test. These take the form of timed challenges, associating keywords as being positive or negative – the number of mistakes reveals the implicit bias – and are more commonly used to measure a person’s attitude towards taboo subjects including racism and mental health status, where a person’s responses to questioning may be self-censored. The authors suggest that this method could be used to measure the impact of prevention programmes more accurately.

Finally, authors publishing in Philosophy, Ethics and Humanities in Medicine have used this article to highlight similarities in the risks taken by athletes experimenting with performance-enhancing substances and participants in Phase I clinical trials. They point out that both pharmacological ‘guinea pigs’ are exploited: the clinical trials utilise the financial vulnerability of many of their volunteers to incentivize participation, while unregulated self-experimentation performed by athletes trades their long-term health off against performance gains. We know that athletes do not make these choices in a vacuum, and the article focuses on the conflict of interest held by those who advise athletes, and stand to gain more from short-term improvements in their performance than from ensuring their future health. The authors argue that organisations such as the World Anti-Doping Agency are currently failing in their duty of care towards athletes by not carrying out adequate research into the safety of performance-enhancing compounds. They recommend the introduction of a regulatory framework for evaluating unregulated substances and adapting the rules to ensure an evidence-based list of prohibited substances that is truly in the best interests of the athletes.

Despite the controversy, research such as this shows that the conversation is moving in a positive direction. It is through research and recommendations like these that we can hope for sporting events in the future to be focused on the outstanding performances of the athletes, rather than the results of their drug tests. 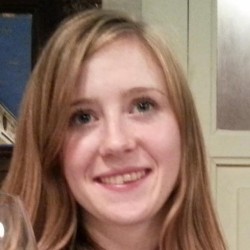