White men are the least likely to believe race or gender impacts experience or to attribute impacts to sexism or racism. Perspectives of marginalized and privileged groups

We argue the focus on white men in STEM as the norm to be achieved, while disregarding them as a point of change, is a shortcoming that needs to be addressed.

White men are the least likely to believe race or gender impacts experience or to attribute impacts to sexism or racism. This finding indicates that efforts to address inequality in STEM should not disregard white men. Lasting systemic change will necessitate research to document, challenge, and leverage the perspectives of white men. Reform efforts often operate from a deficit model, assuming the marginalized population needs to change in order to achieve success (i.e., mentoring programs, enrichment activities, scholarships, etc.). This perspective disregards the impacts of the majority population by locating the problem and solution with marginalized groups.

Additionally, this perspective devalues the perspectives of the marginalized group in favor of the norms of the privileged group, without questioning the value of the norms.

We argue the focus on white men in STEM as the norm to be achieved, while disregarding them as a point of change, is a shortcoming that needs to be addressed.

Across demographics, there is less awareness of impacts due to race than due to gender.

A lack of awareness?

Across demographics, there is less awareness of impacts due to race than due to gender. We hypothesize this is most likely due to a lack of awareness rather than actual experience, as much of the discourse among STEM research has focused on the experiences of women in STEM.

Inequity will be better addressed by shifting discourse to bring more attention to racism in STEM. We note that this data was collected prior to the Summer of 2020 when a significant increase in discourse around race took place.

Many students spontaneously mentioned that women and/or students of color work harder than men and white students.

The graph below shows the distribution of this perception by demographic. Sometimes this was attributed to a characteristic of a group without an attribution to any cultural or systemic factors that marginalized the group.

Other times, the theme of extra effort by women and students of color appeared as an expression of feeling pressure to do well as a result of being unusual or standing out.

The third category in which we saw this theme arising was in students’ expressed belief that women and students of color felt a need to prove themselves or work extra hard to do better than their white/male peers due to a perceived bias against them. White men were the least likely to report noticing this impact and respondents were more likely to report the impact for women than for students of color.

This finding has important implications. Most commonly students attributed extra effort from women and students of color to a desire to prove themselves because of bias against them and noted it leads to significant stress. Chronic stress is associated with poor mental health (including anxiety, depression, and mood disorders) as well as lower learning outcomes. 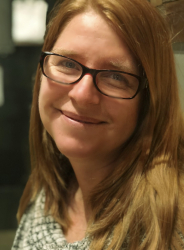 Dr. Melissa Dancy is a member of the Physics Education Research Group at the University of Colorado and owner of Dancy Consulting, providing program evaluation, mediation and facilitation services. She has over 40 peer-reviewed
publications and eight commissioned white papers, articles and book chapters, primarily related to educational transformation and equity issues.