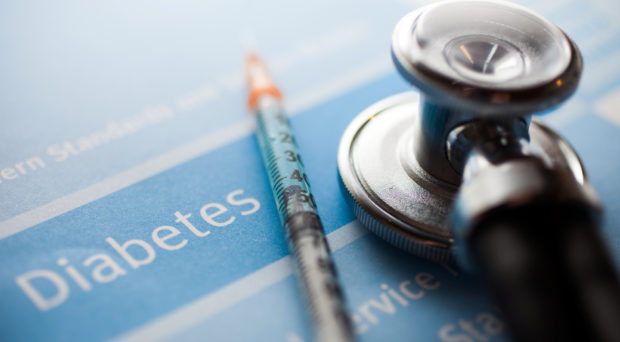 Stethoscope and a syringe on a diabetes test *** Local Caption *** © Minerva Studio / stock.adobe.com

Tirzepatide is a new medication offering near-healthy control of blood glucose concentrations and substantial weight loss for patients with type 2 diabetes or obesity.

Incretin-based medications make use of the glucose- and weight-lowering properties of the gut hormone glucagon-like peptide-1 (GLP-1) and have revolutionized the treatment of type 2 diabetes. They are equally (and sometimes more) effective compared to insulin treatment as concerns plasma glucose concentrations and related laboratory measurements (e.., glycated haemoglobin; HbA1c), but without a risk for blood sugar concentrations to fall too low), and with the additional benefit of weight loss. Now, a novel drug, has been developed to stimulate not only receptors for GLP-1, but also for GIP, the second well characterized incretin hormone.

Rather unexpectedly, this “twincretin”, a single molecule providing high-affinity activation of two incretin hormone receptors, is substantially more effective in normalizing blood sugar, and in reducing body weight, when compared to traditional GLP-1 receptor agonists just addressing the GLP-1 receptor. Of importance, a substantial number of patients develop normal HbA1c-values (Figure). Until now, diabetologists would rather recommend HbA1c targets, which are 15-20 % above the normal range, but now there is a tool (tirzepatide), which does more, without introducing a risk for hypoglycaemia.

The weight reduction often is greater than 15 % off baseline body weight (Figure). This seems to be the magic threshold, which in weight-loss trials based on dietary restrictions often leads to diabetes remission (the absence of evidence for a disease that previously was there). It is currently debated whether such an “on drug” remission can be accepted to predict the same benefits as in patients reaching the same goals off medical treatment of their hyperglycaemia.

Tirzepatide truly is a game changer. Given the results of the SURPASS and SURMOUNT trials, it will be possible to observe patients with normalized glucose concentrations to see the impact on the future development of diabetes complications. Tirzepatide will not only be widely used (currently, the production lags substantially behind the number of prescriptions), but it will make possible studies identifying the optimum glycaemic targets (even into the normal range). Tirzepatide will also help answer the question whether substantial effects on both plasma glucose and body weight together can prevent diabetes complications better than only lowering blood sugar. Tirzepatide will challenge a number of established dogmas in diabetology, and hopefully will make the lives of patients with type 2 diabetes easier and longer.

Figure. Proportions of patients achieving the targets of a glycated haemoglobin < 5.7 % (equivalent to a normal glucose metabolism) or a body weight reduction > 15 %. A meta-analysis summarizing SURPASS 1-5 (based on results of the efficacy estimand) is shown. Asterisks indicate significant differences between doses of tirzepatide (mg per week injected subcutaneously). 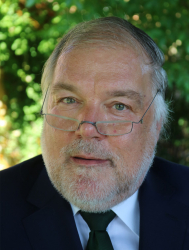 Michael A. Nauck and David A. D‘Alessio

Michael A. Nauck, Bochum, Germany. Professor Michael Nauck is Head of Clinical Research, Diabetes, at the St. Josef Hospital, Ruhr-University Bochum, and has studied the physiology and pathophysiology as well as the therapeutic potential of the incretin hormones GIP and GLP-1 for 40 years. He was involved in proof-of-principle studies outlining the therapeutic potential of GLP-1 for type 2 diabetes.

Latest posts by Michael A. Nauck and David A. D‘Alessio (see all)