As much as access to modern healthcare has improved in the decades preceding, patients – particularly those struggling from rare diseases – still experience institutionalised discrimination and marginalisation. Such is the case with elephantiasis, a parasitic infection which causes enlargement of arms, legs, and external genitalia due to lymph fluid accumulation in affected areas. While a permanent cure for the disease is not yet available, it has been found that antibiotic treatment at early stages kills worm larvae before symptoms become severe. Intersectionality provides an analytical framework, examining how patient identity (gender, occupation, culture, education, and socio-economic status) shapes the way in which treatment for elephantiasis is received. In turn, this holistic approach will allow for the development of equitable public health responses, to ensure no-one is left behind. Poverty is one of the largest factors hindering significant progress in the eradication of neglected tropical diseases such as elephantiasis. Because transmission of the infection requires mosquito vectors, the condition is most prevalent in developing equatorial nations including India, Guyana, Malaysia, and most of the African continent. As a result, there is currently insufficient research and development into a treatment for elephantiasis because doing so has been deemed unprofitable.

On a more local scale, male patients often make poor decisions regarding disease management due to financial hardship. Men with elephantiasis present with hydroceles – lymph fluid-filled sacs surrounding their testicles, causing enlargement and discomfort. Because they tend to be the breadwinners for their family, these men choose to live with this abnormality and refuse to seek medical advice out of fear that surgery might leave them unable to provide for their household. As for uninfected males, elephantiasis presents at higher rates where fishing, farming, or hunting is their main source of livelihood because these activities often involve sleeping outside, leaving workers vulnerable to mosquitos.

Gender power imbalance plays a significant role in treatment inaccessibility. In many of the countries where elephantiasis is an issue, there is a deep-rooted patriarchy leaving female patients dependent on either their husband or family members to receive funding for proper treatment. In a study conducted involving women from the Dominican Republic and Ghana, one participant reported that after their spouse, family, and close friends had ‘spent all their money’ on her unsuccessful treatment, they chose not to ‘come around’ any longer.

‘When somebody sees you, they gaze at you for a long period, as if they have never seen you before. They talk about you like you are not there and move away from you as if afraid.’

The stigmatisation of elephantiasis, however, stretches beyond gender. Too often, patients face social rejection because of their physical appearance. One Domenican women tells the story that even her ‘doctors…treat [her] like [she is] a disgusting person’, leaving her husband responsible for administering required injections. Another Domenican describes how her ‘teacher told [her] to stay away from school’. Inequality in access to both education and healthcare has made it increasingly difficult for sufferers to even dream of becoming self-sufficient with their condition.

As surprising as it may be, on the flipside, there are some patients who have the chance to receive treatment but choose not to for cultural reasons. Some sufferers have refused to abide by prescribed antibiotic regimens and instead opt to seek help from ritualists and priests, while others have chosen to attribute their condition to the ‘will of God’. The divide between modern science and tradition is ever growing, and greater effort must be put towards reconciling the two. The common theme of education ties together many key issues addressed. A lack of understanding about elephantiasis, whether that manifests as patients being shunned for their physical appearance or attributing their condition to the doing of some higher power, often results in a loss of financial stability and social withdrawal. Such was observed when, more than a decade ago, an Indian priest with the infection was forced to quit his job once residents of his home village noticed him on a health awareness programme made by a local television channel. It is therefore no surprise that studies have shown sufferers of elephantiasis believe access to better educational services for themselves, those close to them and their community plays an integral role in improving the patient experience.

Looking at public health through an intersectional lens allows for the development of holistic responses to tackle highly complex, rare diseases. In the case of elephantiasis, perhaps instead of pharmaceutical companies freely donating antibiotics to endemic countries as they currently are, treaties could be drafted to ensure drugs are only provided if a recipient government invests in educational or awareness campaigns, as well as sets aside funding for the livelihood of individuals suffering from the condition.

Elephantiasis is debilitating, painful and difficult for both patients and their loved ones.

However, intersectionality brings us one step closer to eradication of the illness. 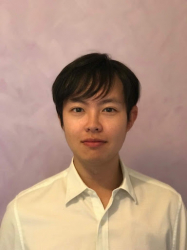 Gavin is going into the fourth year of his Bachelor of Laws (Honours) and Biomedical Sciences at Monash University, Australia. Much of his current work surrounds human rights, youth activism and providing a voice to marginalised groups – he hopes to continue working in this field after graduating.