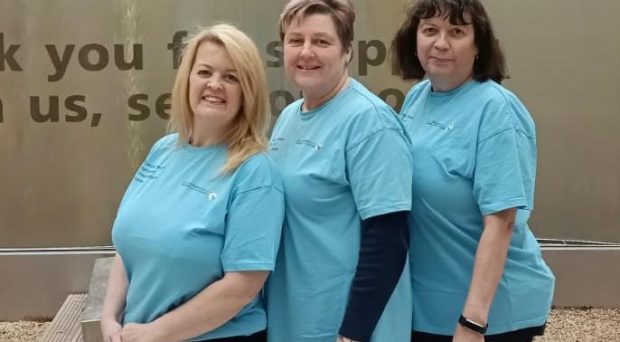 Encouraging people to seek help about potential cancer symptoms has never been more important. Research has found that early cancer help-seeking is poorest in the most deprived communities, partly due to not knowing which symptom(s) could indicate cancer, and fearful beliefs about cancer that put people off going to see their doctor.

The TIC-TOC study (Targeted Intensive Community-based campaign To Optimize Cancer awareness) has been funded by Cancer Research Wales with the aim of helping people living in deprived communities to recognize vague cancer symptoms (e.g. persistent tiredness, losing weight without trying to) and seek advice from their primary care doctor.

A public awareness campaign was developed with public and healthcare professionals and has been running from July 2021 to the end of March 2022 in Cwm Taf Morgannwg – an area of high socioeconomic deprivation in South Wales. The campaign is spreading positive messages about the benefits of early diagnosis and what symptoms to look out for on local media, including buses, radio, Facebook and through the study superheroes – the TIC-TOC cancer champions!

Our cancer champions are at the heart of the campaign and hold an important key that is often very difficult to find – a link into the communities that we aim to engage. The cancer champions are from the local area and have been trained to raise community awareness of vague cancer symptoms, deliver messages on the importance of seeking medical help as soon as possible, and support people with symptoms to seek medical help. With the support of the TIC-TOC study team, our champions have been distributing messages both in-person and online, including using a cancer champion Facebook page.

The TIC-TOC study is testing what the public and healthcare professionals think of the campaign. We want to find out if we can feasibly run this campaign and collect relevant data to test if the campaign can encourage people to seek medical help earlier with symptoms.

What does it take to be a cancer champion on the TIC-TOC study?

Well, the current feasibility phase of this study is attempting to answer this but what we do know so far is that our cancer champions are passionate and keen to make a difference. They have been engaging, resilient and open to adapting to the challenges that the pandemic has thrown at them.

Using Facebook to talk to people about potential cancer symptoms has been part of their day-to-day when restrictions have been in place. The cancer champions have also made use of any in-person events available including going to support groups at community centers, putting posters in shops and dropping off TIC-TOC campaign branded pharmacy bags to pharmacists.

Lisa Howells had the following to say about her experience so far as a cancer champion on the TIC-TOC study: “The role has been very rewarding and we hope we have made a difference and encouraged many to make appointments with their GPs to discuss symptoms they have, especially symptoms that are not usually associated with cancer.” Angela Brennan, another cancer champion on the study, said “People are willing to open up and everybody has been very friendly and approachable and in a lot of instances just grateful to have somebody to talk to”.

Some questions that have motivated the study and we hope to answer are: What type of support and resources do the champions need? Was the training they received useful in setting them up for their role? How safe did they feel carrying out their role? And what difficulties has the pandemic presented and how can we help overcome these in the future?

For the purpose of understanding the feasibility of delivering this role, the cancer champions have been completing regular diary entries and will also be interviewed by the research team about their experiences. The study launched against a challenging backdrop of continued COVID-19 restrictions and we hope that our findings will help inform ways to effectively embed a cancer champion role into a community-based symptom awareness campaign for people from deprived areas.

The TIC-TOC study is being run from Cardiff University (Chief Investigators: Dr Grace McCutchan and Prof. Kate Brain from the Division of Population Medicine, Cardiff University) and will finish in Spring 2023. 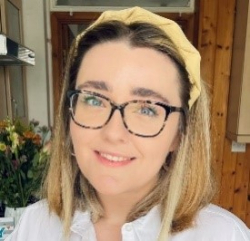 Pamela is a Research Associate with a background in Health Psychology. She is based in the Cancer Screening, Prevention and Early Diagnosis team within the Division of Population Medicine at Cardiff University and is a Study Manager on the TIC-TOC project.