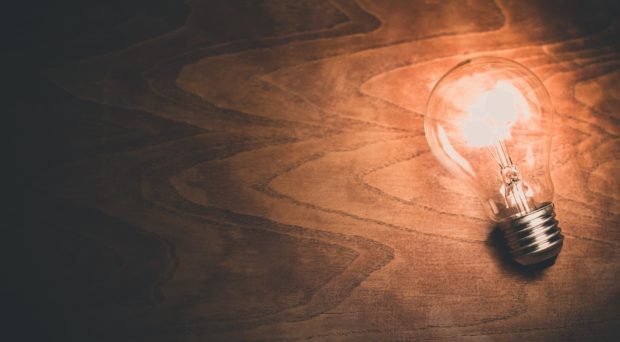 The philosophy of medicine seeks to illuminate what medicine is, what it should do, and how it should do it. In other words, it provides the ideals, practicalities, and intellectual and applied ends of medicine as a human activity (Pic CC0 Creative Commons on Pixabay)

World Philosophy Day was introduced in 2002 by UNESCO, among other things, to raise public awareness of the importance of philosophy in the choices arising for many societies from the effects of globalization or entry into modernity. We decided to ask Prof. James Giordano and Prof. G. Kevin Donovan, Editors-in-Chief of the journal Philosophy, Ethics, and Humanities in Medicine, why philosophy matters in medicine.

Why philosophy is needed in medicine, and why is it important?

(James Giordano): While the term is literally translated from the Greek (philosophia; φιλοσοφία) as “love of wisdom”, I think that a more apt use implies appreciation of the pursuit of “practical knowledge” in three fundamental domains. These are epistemology (basically, what we know and how we know it); anthropology (how we put said knowledge to work in and as human enterprise), and ethics (how the “good” of any such efforts are defined and may be achieved).

In clinical medicine, as well as clinical research, we still have failed to reach a common understanding of the nature of human beings.

Modern studies of the philosophy of medicine are based, at least in part, upon the activities of what became known as “The Polish School” of thinkers during the late 19th and early to mid-20th century, and current views of the philosophy of medicine have been provided by scholars such as H. Tristram Engelhardt, Alfred Tauber, and of course Edmund Pellegrino and David Thomasma.

It’s also noteworthy that although we tend to look to the Hippocratic tradition as a philosophical basis of medicine, there are other philosophical perspectives (e.g. Arabic, Chinese, etc.) that have made significant contributions to defining the ends and tasks of medicine as a discipline and set of practices; and these are becoming ever more apparent – and important – as we move toward a more interactive, globalized community.

What are currently the most challenging or unanswered questions for clinicians from a philosophical perspective?

(Kevin Donovan): The most persistently challenging questions for clinicians are fundamentally ontological. In order to know whether it is right or wrong to treat someone or something in a certain way, one must first know what it is. Humans must be treated with full human dignity, as ends in themselves, rather than means to an end. In clinical medicine, as well as clinical research, we still have failed to reach a common understanding of the nature of human beings, and at what stage or stages do they require that we treat them with full human dignity and respect.

Philosophy is not all about theory. What are examples of direct consequences of typical “philosophical” questions in daily clinical practice?

(Kevin Donovan): Ontology is particularly important in clinical practice and clinical ethics, because many of our disputes revolve around the question of what certain organisms are. Is the embryo or fetus fully human and deserving of the same dignity and respect afforded to other humans in other stages of development? Or is it a clump of cells that can be ethically subjected to manipulation, destructive research, or abortion? Is a patient who has sustained significant brain damage and lost cognitive function, either through trauma, stroke, or Alzheimer’s, still a fully human patient, although damaged? Finally, if the brain damage is extensive and meets the agreed-upon criteria for a diagnosis of brain death, are we dealing with an entity that should be considered dead in the same way as those who have undergone cessation of cardio pulmonary function? All of these questions have profound implications for the day-to-day practice of many of us in clinical medicine, as well as for our patients and their families.

“Medicine is the most humanistic of the sciences, and the most scientific of the humanities.”

What are “humanities” in medicine?

(James Giordano): The humanities, or what are sometimes called “the classics”, broadly refer to pursuits such as language and literature, history, religious studies, the arts, and at least by formal definition, the law. Humanities in medicine (or medical humanities) are those endeavours that employ one or more of these approaches in either depicting medicine, or in the practices of medicine.

So, taking linguistics and language, for example, we could employ linguistics to study narratives of patients and/or medical providers; study the ways that medicine utilizes language in its tasks, or address the use of language to describe medicine. We could take a similar approach with history, so as to study the history of medicine, or to examine differing activities of medicine in and throughout history.

What are be benefits brought by research in humanities in medicine and their impact on patients, clinicians and society?

(James Giordano): In general, humanities’ approaches tend to be more speculative, historical and/or expressive. To be sure, medicine is both a set of technical knowledge and skills, and an art, in that its focus is not merely limited to the scientific realm, but rather entails the interaction of a suffering patient and those who profess to heal.

Without doubt, there is a strong humanities’ dimension to medicine. As Edmund Pellegrino was fond of saying, medicine is the most humanistic of the sciences, and the most scientific of the humanities.

Inquiry to the experiences of illness and healing, using humanities approaches to convey suffering and foster recovery, and to communicate the experiences of both patient and clinician can all be powerful assets to the practice of medicine, and serve as profound tools for patients, families and society.

Prof. James Giordano PhD, MPhil, is Professor in the Departments of Neurology and Biochemistry, Chief of the Neuroethics Studies Program of the Pellegrino Center for Clinical Bioethics, and Co-director of the O’Neill-Pellegrino Program in Brain Science and Global Health Law and Policy at Georgetown University Medical Center, Washington, DC, USA. Prof. Giordano is a Research Fellow of the European Union Human Brain Project, and serves as a member of the US Department of Health and Human Services Secretary’s Advisory Council for Human Research Protection. His ongoing studies focus upon the mechanisms of neuropsychiatric disorders, neural bases of moral cognition and behavior, and the neuroethical issues generated by research and applications of emerging neuroscience and neurotechnology. In recognition of his work in science and ethics, Prof. Giordano was elected to the European Academy of Science and Arts.

Prof. G. Kevin Donovan is the Director of the Pellegrino Center for Clinical Bioethics at Georgetown University Medical School, and a Professor in the Department of Pediatrics. He is a clinician ethicist with over 25 years’ experience in the field. Prof. Donovan received the Founder’s Award for Outstanding Contributions to Research and Medicine from the University of Tulsa, an award sponsored by the Oklahoma chapter of the Crohn’s and Colitis Foundation of America. He has been listed in Who’s Who in the World, as well as Best Doctors in America, and Top Doctors in America. 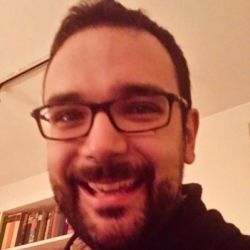