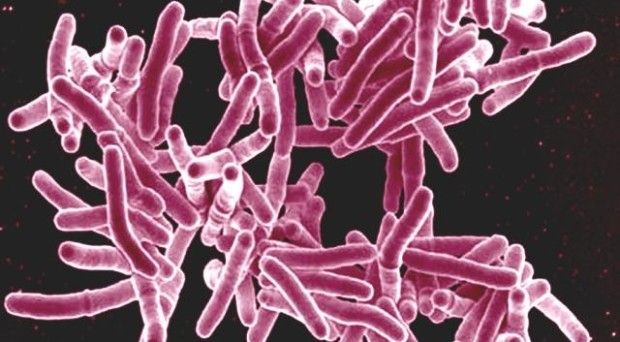 Tuberculosis (TB) has been infecting humans for many centuries and, prior to the discovery of the bacteria responsible for the disease, it was known by many different names including phthisis, consumption and the White Plague. However despite our familiarity with TB, it continues to cause high morbidity and mortality.

Although it can infect any part of the body, the Mycobacterium tuberculosis infecting the lungs or throat is the infectious form, as it’s transmitted through cough droplets from an infected patient.

While TB was never completely eradicated, there was nevertheless a significant drop in cases and mortality rates, thanks to the development of the BCG vaccine (1921) and new anti-tubercular drugs in the 1950’s.

But the disease re-emerged. Prevalence increased to such a worrying level that the WHO declared it a global health emergency in 1993 and subsequently developed the End TB Strategy, with the aim to end the global TB epidemic by 2035.

While progress has been made in reducing TB-related mortality, it nevertheless ranks as one of the most deadly infectious diseases, and particularly so in HIV/AIDS patients. Management and treatment is fraught with problems around controlling transmission especially in times of increased global travel and overcrowding in some urban settings, increased drug resistance, limited diagnostic tools and lack of efficacious vaccines. At the same time, expertise in low incidence settings much also be retained.

To raise awareness, World TB Day is held on 24th March every year, which in itself is to commemorate the date in 1882 when Robert Koch communicated his findings on Mycobacterium tuberculosis. The theme this year is Unite to End TB.

To acknowledge World TB Day 2016, BMC Medicine and BMC Infectious Diseases have launched an article collection guest edited by Ibrahim Abubakar, Helen Fletcher, Marc Lipman and Tim McHugh. The guest editors for the collection, along with Patrick Phillips, discuss the current challenges with managing and treating TB in this video

What needs to be fixed to end TB?

In their Editorial to introduce the article collection, Ibrahim Abubakar et al. highlight the main blocks to elimination of the disease: controlling transmission, the need for better diagnostics and treatment strategies, overcoming drug resistance and the need to develop efficacious vaccines. These factors were also discussed at the UCL-TB and London School of Hygiene and Tropical Medicine’s TB Centre annual tuberculosis symposium on 23rd March.

Identifying patients early is key to interrupting transmission, especially due to the rise in multi-drug resistant TB (MDRTB) strains. Control of transmission is further compounded by individuals with latent TB who may develop active disease with a drug-resistant strain which in turn infects other individuals.

However, drug susceptibility tests in resource-limited settings tend to be rationed towards those who display known risk factors. As Laura Martin et al. show in their study this strategy is prone to missing identification of MDRTB patients in settings where drug-resistant TB is prevalent, and so recommend that universal testing in these settings should be adopted.

Fast, cheap and accurate prognostic and diagnostic molecular tools are urgently needed and, as this review by Carolin Hass et al. explains, ‘omics’ may be the answer. Pending the development of improved bioinformatic tools, Whole Genome Sequencing (WGS) has potential for investigating transmission  and resistance prediction based on phenotype and genetic mutations.

Sputum tests and urine-based lipoarabinomannan (LAM) assays have played a key role in identifying infected individuals, but many TB patients still remain undiagnosed. This is leading to increased efforts to enhance these tests, and recent studies on LAM assays indicate it may be useful in identifying HIV-TB patients at higher risk of mortality.

But once patients are identified, they embark on a long course of treatment, and so adherence and side effects can be problematic. To investigate whether treatment regimens can be shortened, the REMoxTB trial tested if standard first-line therapy of drug-sensitive TB can be shortened from six months to four by substituting moxifloxacin for either isoniazid or ethambutol. However, due to risk of relapse, there was insufficient evidence to support shortening the regimen.

Unfortunately, we haven’t seen any improvement in the treatment of drug sensitive TB  for 30 or 40 years… we need better treatments that are easier for patients to take

Problems with trial design and decision-making obviously transcend TB research, but using data from REMoxTB, Patrick Phillips et al. demonstrate that consideration should be given to various factors before deciding how and when to advance to phase 3 stage of a trial. His team also propose a STEP approach to trial design, in order to have the best chance of phase 3 outcome success.

To really have a chance at eliminating TB, we also need efficacious vaccines. Despite progress in this field, a suitable vaccine is yet to be developed. As discussed at the symposium in a session chaired by Jackie Shea, current research is focusing on immune correlates of risk of TB  in patients of all ages and understanding the impact of co-morbidities on the immune response. Defining the right biosignatures may be key to unlocking the way to development of much needed vaccines.

Typically, we say it takes 10 years to develop a TB vaccine, so if we don’t start doing something about this today, we’re not going to have that vaccine candidate by 2025

Despite these challenges, we have to bear in mind that this ancient disease is treatable and TB-related deaths are preventable in most patients. With the increased focus on targeting the bacteria, predicting resistance and outbreaks, refining treatment regimens, development of vaccines and efforts to inform policy decisions and effective interventions, we have reason to believe the End TB Strategy will work.

Making this happen by 2035 is dependent on funding for research, multi-disciplinary collaborations, and engagement with governments and policy makers to implement effective control and treatment strategies. Unite… to end TB!