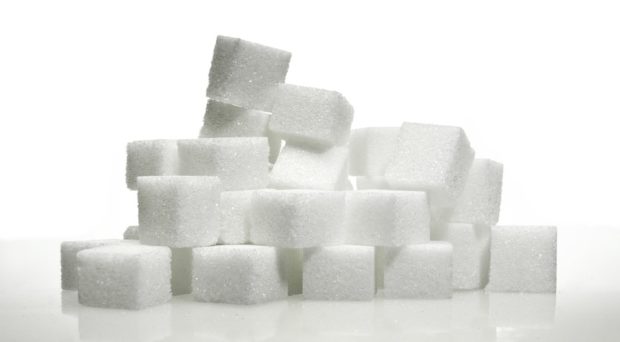 Clare Collins is a National Health and Medical Research Council (NHMRC) Senior research Fellow and Professor of Nutrition and Dietetics in the School of Health Sciences, Faculty of Health and Medicine. She is also Deputy Director, Priority Research Centre in Physical Activity and Nutrition at the University of Newcastle, NSW, Australia.

She leads a large team of nutrition and dietetic researchers in the assessment of dietary intake and the evaluation of the impact of dietary interventions on changes in eating patterns, weight and health across key life stages and chronic health conditions. Her team’s research focusses on using smart technologies to achieve this.

I understand that it’s been controversial whether adding sugar tax could help to address the obesity epidemic. What’s your opinion on this policy?

Many countries in the world have considered, or are considering, a sugar tax. I strongly support a tax on sugar sweetened beverages (SSBs). I think this would signal that the obesity epidemic is being taken seriously.

It would be just one small step but could be the start of something greater. Given the high and increasing prevalence of obesity internationally and the impact of this on health care systems there needs to be a consideration of how to cover these costs, and who should cover these.

Adding a sugar sweetened beverage tax, which could include a tax on the product sales, the advertising of it, or on those who sell or distribute it, will help get these discussions going in the community. SSBs are one food group that we can live without and hence the least debatable. An SSB tax is one strategy that is well defined. I believe we should all support this, if you strongly oppose it then you need to come up with a strategy for covering the increasing health care costs due to weight related poor health.

Can you share with us the evidence (in clinical and lab settings) to justify this policy? Nutrition-wise, how would sugary drinks impact human health?

There are many articles related to sugar intake. A useful document to start with is the WHO report; ‘Guideline: Sugars intake for adults and children’.

The Australian Bureau of Statistics recently examined SSB intake in Australia and found that if SSBs were removed from the Australia diet that many age/gender groups would be below the WHO target of <10% of total daily energy intake coming from free sugars.

A 2013 Scoping study to inform development of the National Nutrition Policy for Australia identified that multi-strategy approaches are needed to improve population nutrition and diet-related health, that  regulatory and legislative reforms were most cost-effective approaches. A tax added to SSBs sales is one such example.

The sugar tax only applies to drinks companies at the moment; but many other food and snacks contain excess sugar. Do you think this tax should also apply to other companies in the future?

At this stage the target is SSBs only. While some countries may have a range of food or beverage products being discussed, internationally achieving a uniform approach to adoption of an SSB tax would demonstrated a global united stance.

In the industry of tobacco, apart from the tax on manufacturers, there’s also legislation controlling smoking in public. Do you think the same should be done in terms of legislation in controlling the intake of sugar?

I do not think attempt to ‘control’ added sugar intake would work. Rather than trying to regulate what individuals do or do not eat, an SSB tax is about trying to use price to influence the food environment

I do not think attempt to ‘control’ added sugar intake would work. Rather than trying to regulate what individuals do or do not eat, an SSB tax is about trying to use price to influence the food environment and particularly frequency of purchase.

Revenue raised will clearly be needed in the health care sector, but equally could be used to try and increase intakes of vegetables though subsidies or other approaches. A process evaluation from the Supermarket Healthy Eating for Life (SHELf) randomized controlled trial, that compared individual skill-building related to grocery shopping  versus 20% price reductions of fruit/vegetables and low-calorie carbonated beverages/ bottled water, versus doing both, found that 82% of female supermarket shoppers said they accessed and appreciated discounts on fruits and vegetables, whereas only 40 % said they used or appreciated discounts on low-calorie carbonated beverages and water.

In a cluster randomized controlled trial involving 85 amateur sporting clubs the impact of a multi-component intervention on the availability, promotion and purchase of fruit and vegetable and non-sugar sweetened drinks was assessed.

Although self-reported club data was used as the outcome measure results suggested that there were improvements made to the nutrition environment of sporting clubs and the purchasing behavior of members, with no adverse impact on annual club revenue from food and non-alcoholic beverage sales.

Importantly, a meta-analysis of intervention studies targeting substitution of SSBs for lower sugar versions, water or diet drinks found that adults who switched experienced a weight reduction of about 800 grams in interventions ranging from ten weeks to eight months.

Some caution is needed as a recent longitudinal study showed that both SSB and artificially sweetened beverage consumption was associated with increases in BMI and percentage body fat in over 13,000 UK 11 year olds between 2008 and 2012, the potential confounders need careful consideration.

This a debate that will be with us for a while. Meanwhile we can examine the impact of a sugar tax in countries that do introduce it.