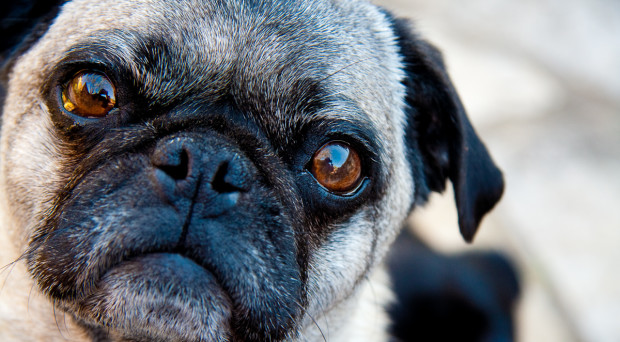 On the first sunny Saturday of the year I was sat in St James’ park in London where I watched a young couple attempting and failing to play fetch with a pug.

This comical sight felt like something that even ten years ago you wouldn’t have seen. There certainly appears to have been a swift rise in the popularity of small, flat faced dogs like pugs with celebrities propagating ‘handbag dogs’ as a must have accessory.

But has there actually been a trend towards people owning these smaller dogs compared to their more sizable counterparts?

How has our preference changed?

A new study published in Canine Genetics and Epidemiology has investigated trends in the physical characteristics, such as size, in Australian pure breed dogs over the last twenty eight years. It also explains how this information could be used to predict the prevalence of diseases related to dog traits.

Conducted by Teng et al.at the University of Sydney, the study investigated previously undocumented trends in the morphology of Australian pure breed dogs by analyzing the puppy registration of 181 Australian National Kennel Council (ANKC) breeds between 1986 to 2013.

Whilst previous studies have reported on the popularity of particular breeds, this study is the first to investigate trends in the height, size and head shape of Australian purebred dogs.

The study showed a growing popularity of shorter and smaller ANKC registered dogs, as well as in increase in the mean cephalic index in dogs (skull width divided by skull length).

It is widely known that certain breeds hold a predisposition to certain inherited diseases and even the morphologies of dogs, regardless of breed can predispose individuals to some disorders.

The authors state that trends in morphological features could provide valuable predictive information on the pervasiveness of diseases in Australian pure bred dogs.

By using the knowledge that dogs with certain traits are predisposed to specific diseases, the authors state that trends in morphological features could provide valuable predictive information on the pervasiveness of diseases in Australian pure bred dogs.

They also expect diseases associated with small and brachycephalic dogs to be increasingly seen by the veterinary profession in Australia if the current trends continue.

What makes the rise in popularity of brachycephalic dogs particularly worrying is concern for the welfare of these dogs. Recently it has been highlighted that brachycephalic dogs make up four of the top five breeds in New Zealand considered to be unsuitable for further breeding due to compromised health and welfare.

Why the rise in small and brachycephalic dogs?

Despite these welfare concerns, the rise in popularity of dog breeds with these traits suggests that they are major factors that influence people when selecting dogs in Australia.

Choices could be partly based on trends in celebrity culture, with the authors citing another study that endorses the theory that fads are a major factor in the choice of breeds for companionship.

The neotonic (retention of juvenile traits) look of brachycephalic dogs may also have helped their popularity.

Changing human lifestyles could also account for the trend towards smaller dogs. The roles that dogs play in our lives have shifted away from working animals and towards pure companionship which can be fulfilled by dogs of various sizes.

First time home buyers in Australia have shifted towards purchasing flats and apartments with less space available for dogs resulting in another possible reason for the trend towards smaller breeds.

Overall the authors hope that the findings of this study could help to inform veterinarians to prepare for the future of dog treatment and potential owners in making selecting breeds.