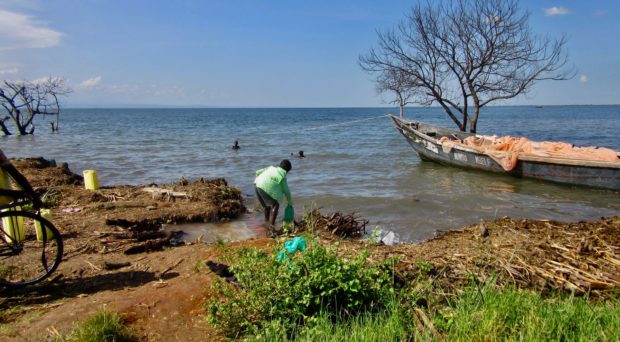 Schistosomiasis is a neglected tropical disease (NTD) caused by parasitic flatworms. The disease affects over 200 million people and causes thousands of deaths annually. Circa 95% of human infections occur in sub-Saharan Africa where Schistosoma mansoni and S. haematobium are responsible for intestinal and urogenital schistosomiasis, respectively.

The control of schistosomiasis requires the interruption of a complex lifecycle. There are several points of the lifecycle that can be targeted to control the disease which include snail control, chemotherapy, health education, improved access to clean water, sanitation and hygiene.

Schistosomiasis can be treated with praziquantel, a broad spectrum antihelmintic developed in the 1970s and is the only drug available for treatment. Praziquantel is effective against all Schistosoma species infecting humans and is delivered through large scale mass drug administration (MDA) programs in sub-Saharan Africa. In recent years the access to praziquantel has improved primarily through the pledge from Merck KgaA to donate 250 million praziquantel tablets to endemic countries annually. This has significantly aided in reducing morbidity and infection intensity.

Despite annual MDA of praziquantel for two decades, hotspots of unabated transmission and associated morbidity persist, and some areas have experienced re-emergence of the disease where it was previously controlled. It is not clear why this could be but a range of social, environmental, parasitological and drug factors may be at play. For example, praziquantel is not a perfect drug – it does not prevent re-infection, and its efficacy is stage and sex dependent (schistosomes have male and female forms). Annual praziquantel treatment is effective in reducing morbidity, but has been shown to be insufficient in curing all treated individuals in a single dose.

Genomic surveillance of Schistosoma populations is required alongside control efforts to determine how parasite populations are evolving in response to control measures and why hotspots persist.

The new WHO guidelines on control and elimination of human schistosomiasis

Historically school aged children have been the focus of MDA programs, but the new treatment guidelines aim to extend the eligibility for praziquantel treatment to all age groups above the age of two. The expanded access to praziquantel treatment aims to accelerate the path to schistosomiasis elimination, however; they also pose an increased risk of the development of praziquantel resistance.

The antischistosomal properties of praziquantel were discovered in the 1970s, but its mode of action and mechanism of resistance in S. mansoni has remained a significant enigma in schistosomiasis research despite research efforts. The reliance on a single drug, praziquantel, to treat a disease of this magnitude is worrying, should resistance develop.

A recent review discusses praziquantel resistance within the context of confounding factors in endemic field settings. The review concludes there is insufficient evidence for the emergence of drug resistant S. mansoni populations within field settings. Four key factors are proposed, which may explain the lack of praziquantel resistance observed in field S. mansoni populations; the extensive genetic diversity, complicated pairing dynamics of schistosomes, sub-optimal treatment regimens and large refugia.

Recent advances have revealed for the first time a molecular target of praziquantel in Schistosoma mansoni, called the transient receptor potential melastatin praziquantel channel (SmTRPMPZQ). SmTRPMPZQ has been implicated in the mode of action and in praziquantel drug resistance in S. mansoni by two independent research groups using different approaches. When S. mansoni is exposed to praziquantel, the ion channel opens, causing a large influx of calcium ions into the schistosome, resulting in paralysis and worm death.

Park et al.  described how praziquantel binds to SmTRPMPZQ and mapped the drug binding site in the channel. Using targeted mutagenesis, the authors identified mutations in SmTRPMPZQ which can result in decreased or a complete loss of praziquantel sensitivity.

Together these studies provide insights into how praziquantel works, and provide a framework for large scale drug resistance monitoring in field Schistosoma populations. Genotyping of SmTRPMPZQ from natural S. mansoni populations could provide valuable insights into the genetic variation within this gene to see if praziquantel resistance is a problem, and should be a primary focus moving forward. 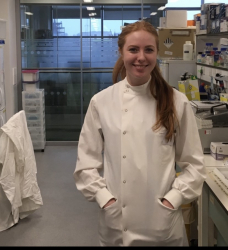