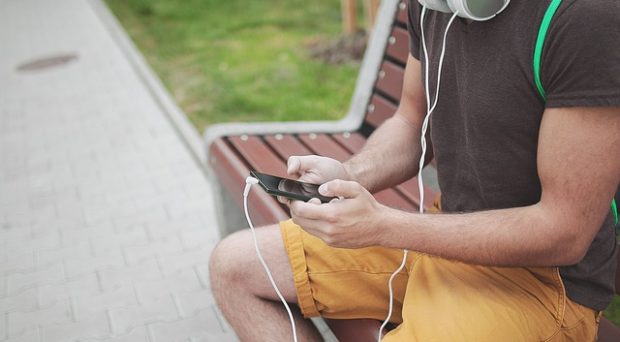 The World Health Organization has warned that millions of adolescents and young adults are at the risk of developing hearing loss due to frequent exposure to high sound levels in noisy entertainment venues and with the unsafe use of personal listening devices.

Smartphones have provided a means by which to download music for free and the ability to listen to this at the maximum volume without sound quality distortion. Subsequently, this means more people than ever are at risk of hearing loss if the necessary precautions are not taken.

A number of countries have suggested maximum noise exposure levels for personal listening devices to prevent noise-induced hearing loss, but these have typically applied to occupational noise-induced hearing loss criteria. As an example, the U.S. Occupational Safety and Health Administration has limited the daily safe volume level of any sound to below 85 decibels (dB) for a maximum of eight hours and Canadian federal regulations limit the sound exposure level to less than eight hours at 87 decibels adjusted (dBA).

In their study published today in BMC Public Health, Woojae Han and Gibbeum Kim at Hallym University, Republic of Korea, measured the sound pressure levels of four genres of music at the high-volume steps that smartphones propose as a risk for hearing loss and then compared the levels among different types of smartphones.

To do this, they looked at two models from the three most popular smartphone companies in the Republic of Korea: the Samsung Galaxy S6 and Galaxy Note 3, the Apple iPhone 5S and iPhone 6, and the LG G2 and G3. They measured the sound pressure outputs using a sound level meter across the models at the volume prompting the hearing loss risk warning (if present) and at the maximum volume level, across four genres of music.

The researchers found that the first hearing loss warning was prompted at the highest volume on the LG G2 phone at 92.4 dBA and at the lowest volume on the Samsung Galaxy S6 at 84.1dBA. The iPhone 6 had the loudest maximum volume warning at 113.1 dBA and the Galaxy Note 3 had the quietest at 107.03dBA.

Dr Han and Dr Kim also looked at the sound pressure outputs from different music genres, including three genres of K-pop music (dance-pop, hip-hop, and pop-ballad) and the US pop chart and found dance-pop had the highest volume output level at 91.1 dBA on all smartphones.

The study confirms a significant 8-dB difference in the sound pressure levels for six kinds of smartphone at the first risk volume level, indicating the need for an international standard for the safe use of personal listening devices.