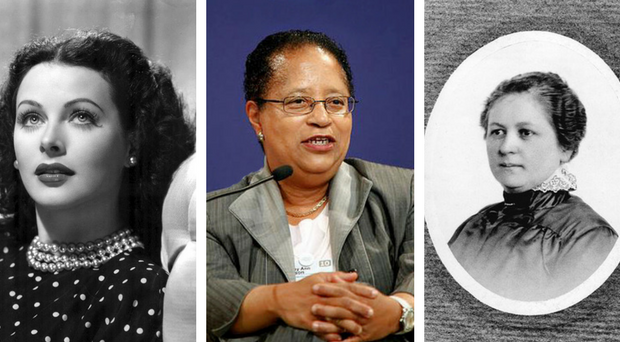 Wi-fi is all around us, in our homes, workplaces, cafes, and in many countries readily available in public spaces. However it was the technological advances from Hedy Lamarr in the 1940’s that revolutionized mobile communications.

Hedy was a Vienna born Hollywood actress and together with her business partner and composer George Antheil, received a patent for a ‘secret communication system’ in 1942. This system known as frequency hopping, involved radio signals rapidly changing frequencies with only the sender and the receiver knowing the sequence. Originally designed for radio-guided torpedoes, frequency hopping would make them far more resilient to enemy jamming or detection.

The pair gave the system to the U.S Navy but Lemarr’s ideas were ignored at first. Decades later the technology went on to be used by the military during the Cuban missile crisis and eventually become a constituent part of GPS, Wi-fi and Bluetooth.

For those of us that drive or use public transportation, impaired vision during less than favorable weather conditions can result in dangerous driving conditions. The presence of windscreen wipers on cars makes it possible in such conditions due to Mary Anderson’s invention of the ‘swinging arm with a rubber blade’ in 1903.

She drew up the concept for wipers after a trip from Alabama to New York where she observed drivers stopping their cars to get out and remove snow from the windshield. Despite initial ridicule at the time about how the wipers might distract drivers, many of us could now never imagine driving without them.

Between 2015-16 there was an estimated 151.3 million 60kg bags of coffee consumed globally, yet we have Amalie Auguste Melitta Liebscher to thank for being able to enjoy this beverage without bitterness. Her invention of the coffee filter ensures there are no coffee grounds in your morning cup of coffee. The filter also resulted in a taste that was significantly more aromatic and made production much faster and simpler than other methods common in the early 20th century.

Even without her contributions to telecommunication, Dr Shirley Jackson would still be considered a pioneer. Having a strong interest in science from a young age, Shirley went on to receive bachelor and doctoral degrees in the field of physics at the Massachusetts Institute of Technology (MIT), becoming the first African-American woman to do so.

She then applied her knowledge and conducted successful experiments to advance telecommunications while working as a theoretical physicist for Bell Laboratories. These advances paved the way for various office basics such as the portable fax, touch tone telephone and the technology behind caller ID and call waiting.

Of all the inventions listed in this blog, the humble fridge is perhaps the one that we most rely on. Keeping food and liquid cool might not be new: Romans placed snow in storage pits, ancient Egyptians utilized the night’s cool air, and for centuries people used cellars and window boxes; but it was the invention of the refrigerator that revolutionized industrial processes and changed the household as we know it.

The inventor of the modern refrigerator was Florence Parpart. Very little is known about her other than her patent application from 1914 and that for most of her life she was listed as a house wife in the U.S census. Her invention made it possible for those with access to electricity to retire their ice boxes, which were popular at the time and depended on deliveries from the ‘ice wagon’. By 1950, 90% of urban homes in America had a refrigerator.

If you enjoyed this blog, have a go at our International Women’s Day quiz.

Here at BMC we have journals dedicated to publishing research that positively impacts women such as Women’s Midlife Health, BMC Pregnancy and Childbirth and BMC Women’s Health.

Women’s Midlife Health publishes research providing new insights into the health transitions that occur during midlife, focusing on the vulnerabilities and opportunities during this life stage and their consequences for healthy aging. The journal is currently publishing on-going thematic series on Stress in Midlife Health and Contraception in Midlife Health.

Also be sure to check out some of the top accessed articles from this journal:

Interesting studies and inventions by women that we never heard of