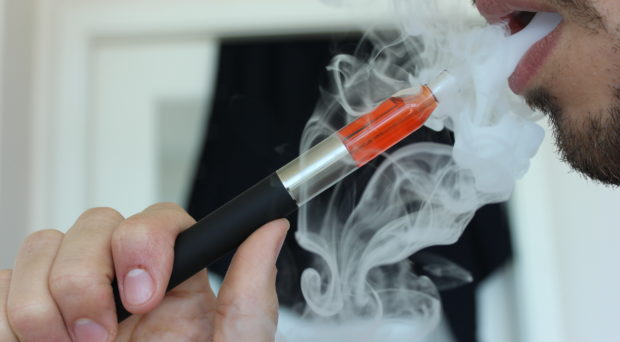 Very briefly, what is tobacco harm reduction, and how does it differ from other public health strategies?

THR strategies are designed to support and extend the reach and impact but do not detract from the emphasis of stopping smoking.

It is commonly accepted that nicotine, whilst addictive, is not overly problematic and that almost all the health risks associated with smoking come from the combustion of tobacco, resulting in the release of multiple toxins and carcinogens. Tobacco harm reduction (THR) refers to strategies designed to reduce the health risks associated with tobacco smoking but may involve the continued use of nicotine.

Use of reduced risk products, such as e-cigarettes, is one way of continuing to use nicotine but with lower levels of harm than tobacco smoking. THR strategies are designed to support and extend the reach and impact but do not detract from the emphasis of stopping smoking. They are aimed at people who:

What role could tobacco harm reduction play in reducing the negative health effects associated with smoking?

Using non-combustible sources of nicotine is less harmful than tobacco smoking, as it avoids the harms of the tobacco smoke. It was Mike Russell that first noted “smokers smoke for the nicotine, but die from the tar”, although this message is still not well understood by the general public. Reduced risk products give users the chance to use nicotine at much lower levels of risk, and may therefore be beneficial to those not wanting to quit or unable to quit nicotine. More needs to be done to tackle erroneous perceptions of harm.

May 31st is World No Tobacco Day. The goal of the day is to highlight the negative health effects of tobacco use, and to advocate for effective policies to reduce tobacco consumption. What are the challenges in reducing levels of tobacco use?

The challenge here is in part because smokers get such a strong hit from cigarette smoking, alternatives are not always adequate in dealing with craving. This is not easily achievable by other methods. Also stress is commonly cited as the top reason for relapse. The challenge is finding methods that deliver nicotine effectively and that can deal with craving and provide satisfaction. We also have to deal with levels of distrust; the general population’s opinions on e-cigarettes for example, have become more negative over time, even though these may reduce harm compared to smoking cigarettes.

Some countries have embraced tobacco harm reduction, while many others haven’t. Why do you think there are such differences?

Cultural differences may be one reason THR is not embraced or supported. The notion of addiction is not well tolerated or understood, and is often stigmatized. However, we now know that the regulatory environment can support (or hinder) THR efforts. Supportive environments with complimentary policies and frameworks which support people with best knowledge and products are needed to help people quit smoking.

Some public health professionals may be concerned that products such as e-cigarettes may be targeted at the most vulnerable in society. Do you think this poses a problem? Or could harm reduction help these vulnerable groups as well?

Despite decades of interventions, smoking rates remain high among the most deprived groups in society with little indication of future decline. Tobacco smoking is a leading cause of health inequality and smoking-related deaths are two to three times higher among disadvantaged groups. Quitting is difficult for all smokers and those in the most deprived groups are more highly nicotine dependent, make fewer quit attempts and are less successful when they do try to quit.

Just over two-thirds of respondents in our own study with homeless adults report a desire to quit.

One group that receives very little attention is homeless adults. Smoking prevalence rates among homeless adults are incredibly high (est. 80%) and the harms of smoking are likely to be exacerbated in this group due to poor cardiac and respiratory health, higher incidence of chronic disease, risky smoking practices, and dependence on other substances. There is a concern among some that smoking is one of few pleasures for homeless adults and that taking it away is somehow unfair or unkind. But we need to ask ourselves – why is this all some adults have in terms of pleasure?

The desire to stop smoking is no different in the homeless than the general population. Just over two-thirds of respondents in our own study with homeless adults report a desire to quit. Homeless adults also make several attempts to quit smoking, though their motivation for doing so may differ and cessation is often short-lived. Service provision for smoking cessation within homeless centers is either non-existent or patchy at best. E-cigarettes may have the potential to improve the health and well-being of smokers who are marginalized and deprived, however little is known about their effectiveness in these populations.

Moving forward, we need to stop assigning narratives about these groups in terms of ‘what is best’. Evidence shows that there is little faith in the ability of these groups to make significant behavioral changes in terms of their smoking, and having a cigarette is seen as the ‘least of their concerns’. Such beliefs among professionals and researchers alike may limit investment and research interest in these groups. Smokers deserve access to reduced harm products, but initial start-up cost may be a barrier. Harm reduction is a challenge and it often has limited reach; in reaching out to the most complex smoking cases the real test of tobacco harm reduction is yet to come.

She has over ten years’ experience working in the drug and alcohol field, including working at front-line services with some of the UK’s most marginalised and deprived communities. She has a special interest in alcohol and tobacco harm reduction initiatives and understanding the disparity between what is offered in treatment settings and which communities take it up. Her current research is focused on e-cigarette puffing patterns associated with high and low nicotine e-liquid strength, smoking and alcohol consumption with disadvantaged groups i.e., homeless adults and ‘street drinkers’, and the impact of e-cigarette health warning labels on perceptions of risk.